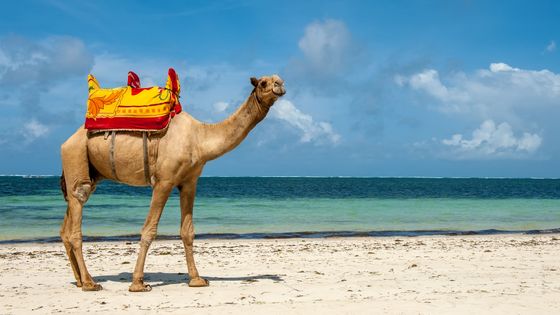 Since the surface temperature of the Earth is closely related to the amount of water evaporation, it is considered to have a significant impact on the distribution, ecology, and weather of aquatic organisms, and is an important indicator in meteorology and climatology . The United States Oceanic and Atmospheric Administration announced that the global surface and sea surface temperatures in July 2019 were the highest since observations began in 1880, exceeding the 2016 record by 0.03 ° C. 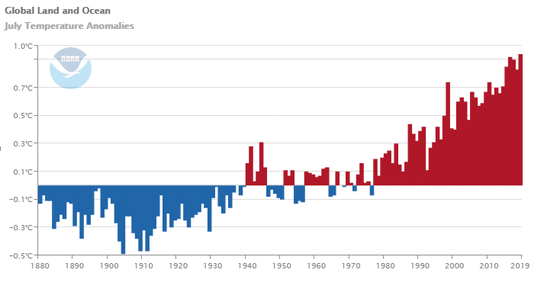 The US Oceanic and Atmospheric Administration stated that the characteristics of the surface and sea surface temperatures in July 2019 were 'high worldwide.' North America, South Asia, Southern Africa, North Indian Ocean, Atlantic Ocean, Western Pacific and Northern North America, Africa, Asia, Oceania, Caribbean, Hawaii, and Gulf of Mexico It was particularly hot. In the image below, the dark red area is the area where 'record heat' was observed. Comparing the annual land surface temperature and sea surface temperature from January to the end of July, 2019 is the second highest in history, along with 2017. The United States Oceanic and Atmospheric Administration says '2019 is almost certain to be 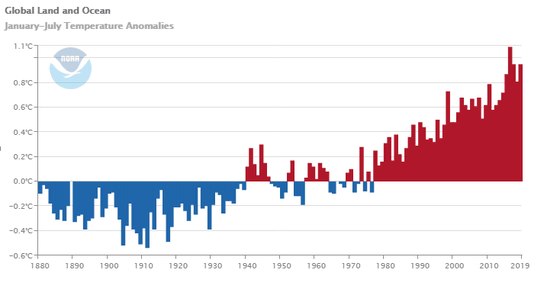 reports that the heat wave will continue after Typhoon No. 10 (Crosa), which hit Japan on August 15, 2019, and the summer heat is expected to continue.