Signs of cancer have been found to appear in genes more than several years before symptoms appear, which may lead to early detection of cancer 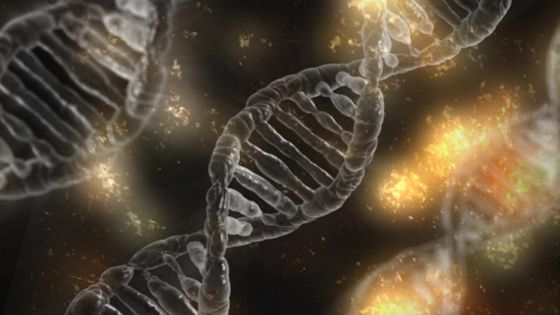 As part of a project called Pancancer Analysis of Whole Genomes (PCWAG) , in which more than 1,300 researchers collaborated to analyze the entire genome of cancer to obtain detailed information about cancer, Research results based on the data were announced. Analysis of the genomes of more than 38 tumors identified by PCWAG revealed that the gene had been abnormal for more than a few years before being diagnosed with early cancer. 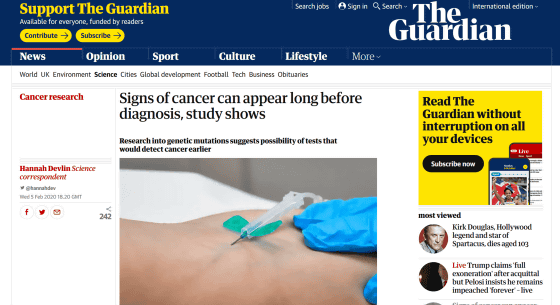 PCWAG, the most comprehensive cancer genome analysis initiative to date, analyzed cancer genes based on a total of 2658 samples for all 38 types of cancer. Previous studies have analyzed only about 1% of the cancer genome, but new efforts have revealed various details about previously unknown cancers. 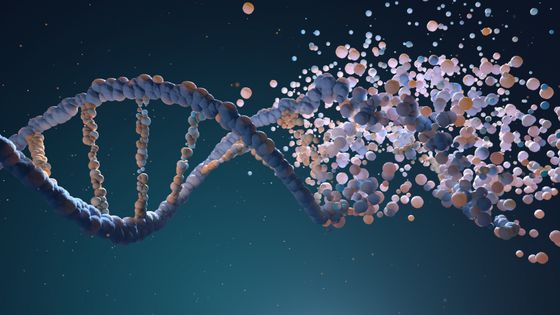 As part of the PCWAG, various cancer research teams participating in genomic analysis have access to the dataset, and each has their own research. A team from Clemency Jolly and his colleagues at the Francis Crick Institute in the United Kingdom analyzed 2658 samples analyzed by PCWAG to determine how the tumor grew.

In the human body, billions of cells make genetic mutations, but mutations in a small number of genes called ' driver genes ' trigger cancer. The team looked at mutations in the driver gene and the number of times the mutation was replicated on the chromosome. He also used radiocarbon dating to reconstruct the order in which cancer cells began to accumulate errors and eventually become tumors, examining the 'history of cancer evolution.' As a result, the researchers found that cancer-causing mutations occurred much earlier than tumors were born. This phenomenon was particularly noticeable in ovarian cancer , glioblastoma , and medulloblastoma . 'What was unusual was that some of the genes seemed to have changed, perhaps even in normal tissue, many years before other signs of cancer appeared and diagnosed.' Jolly says:

The study also found that about half of the early mutations in cancer occurred in as few as nine genes. This means that there is a relatively small pool of common genes that triggers cells to diverge from a healthy state to cancer cells. In the future, research using body fluids could detect cancerous cells as early as possible, the team said.

The finding that signs of cancer occur in the gene long before the first symptoms appear does not immediately change existing cancer testing methods. However, Peter Van Loo, who was with the Francis Crick Institute and led the study, argued that the findings could lead to the development of new cancer tests. . 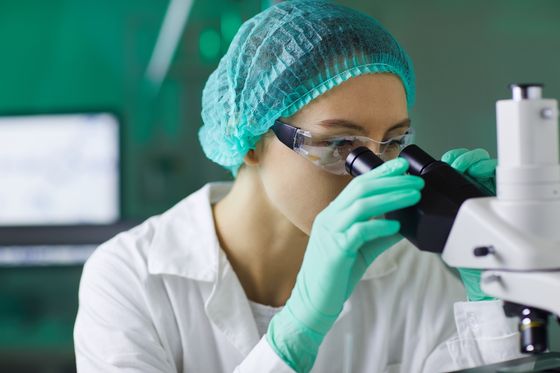