`` Pokémon HOME (Pokemon HOME) '' detailed summary that you can also deposit past Pokemon at once, available for free or 1960 yen per year from Nintendo Switch and smartphone Pocket Monster Sword Shield '' for Nintendo Switch, which was released simultaneously worldwide on November 15, 2019 (Friday), sold 6 million copies in the first week of release, and is the fastest and most Nintendo Switch software ever Set a new record. Pokémon HOME will be launched in February 2020, a service that allows you to manage all Pokemon at once by linking with Pokemon series works such as Pokemon Sword Shield and Pokemon Let's Go! Pikachu Eevee , Pokemon GO . Now that details that have not been revealed so far have been revealed, we have summarized what we can do with Pokémon HOME.

In other words, if you make full use of past Pokemon cloud services and Pokémon HOME, you will be able to bring Pokemon from most past titles. 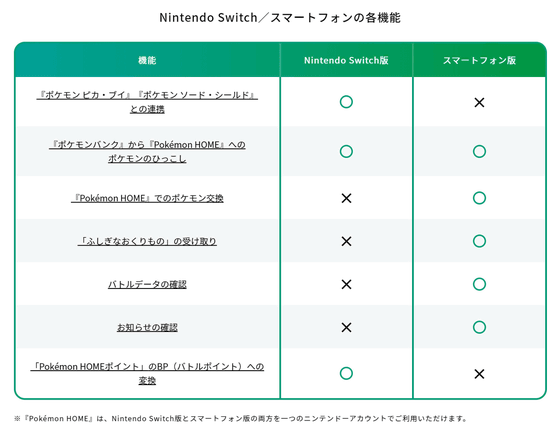 Only Nintendo Switch version Pokémon HOME can be

The Pokemon bank from 'Pokemon Bank' to 'Pokémon HOME' can be used for both Nintendo Switch version and smartphone version. 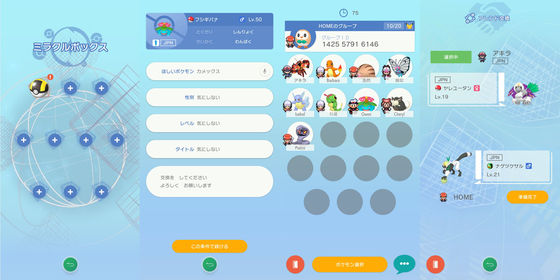 In the smartphone version, you can 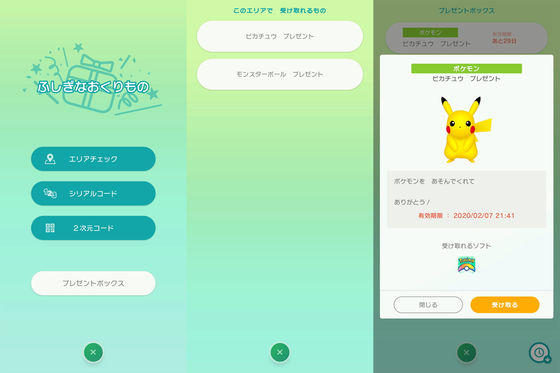 In addition, the smartphone version allows you to check battle data . With this function, you can check the ranking of Pokemon used for trainers and battles in 'Rank Match' of 'Pokemon Sword Shield' and Internet competitions. In the rankings, you can also check information about Pokémon's work, Tokusei, rice cakes, etc., so it seems that it can be used as a reference for Pokémon cultivation.

And with the Nintendo Switch version of Pokémon HOME, you can exchange 'Pokémon HOME points' that accumulate according to the number of Pokemons deposited in the Pokemon box with BP (battle points).

Pokémon HOME can be used for free, but in that case, only 30 Pokemon can be deposited. If you subscribe to a paid premium plan , 1960 yen including tax is required for 12 months (365 days), but the number of Pokemon that can be deposited will be 6000. The differences between paid and free plans are as follows. The premium plan can be used for 370 yen including tax for one month (30 days) and 610 yen for three months (90 days). 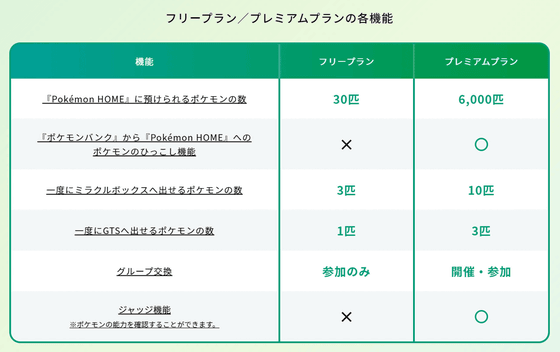 judge function available only in the premium plan is a function that can measure the individual value of Pokemon. 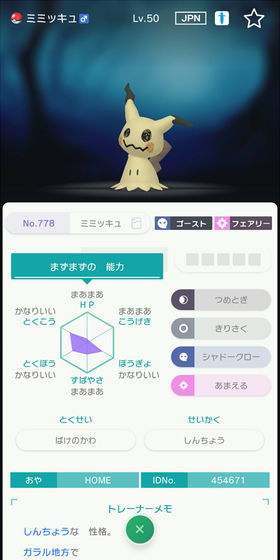 In addition, in commemoration of the decision to distribute Pokémon HOME, one month from the start of the service, a campaign where you can use Pokemon Bank and Poke Mover free of charge will be implemented, so take advantage of this important Pokemon raised in the past work It is also ant to bring to Pokémon HOME.