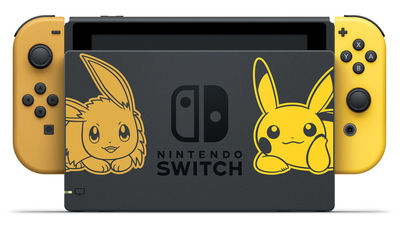 According to Pocket Monsters Let's Go! Pikachu / Evei, a special software for Nintendo Switch released on November 16, 2018, it was announced that the original set of Nintendo Switch of the design which made Pikachu and Evey motif motif will appear.

The left side of Joy-Con is Eve color, the right is Pikachu color. Joy-Con is attached to the main body and it is inserted in the dock for TV output. Ebui and Pikachu are staring at this with a crisp eyes. Around the Nintendo Switch 's logo on the back of the main unit, there are a lot of Pikachu and Eve' s silhouettes drawn. 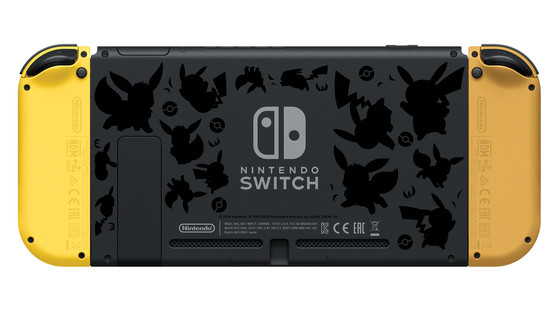 The latest information on "Pocket Monsters Let's Go! Pikachu / Evei" has also been released. Various methods that make friends with Aibo Pokemon are introduced, and you can see the moment of changing the hairstyle of Pokemon .