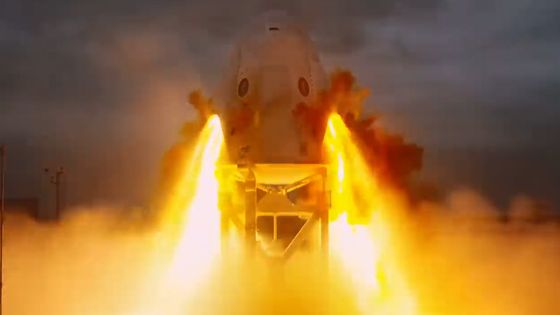 In the following movie, you can see the state of the emergency escape test of Crew Dragon.


The emergency escape system of Crew Dragon has been tested several times before, but in each case the Crew Dragon is almost fixed on the ground ... 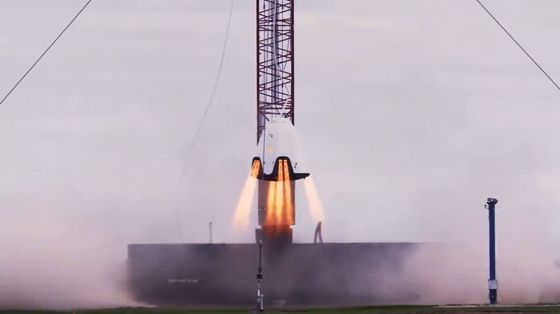 It has been carried out in a state of being suspended by an aircraft, carried over the sky, and dropped from the sky. 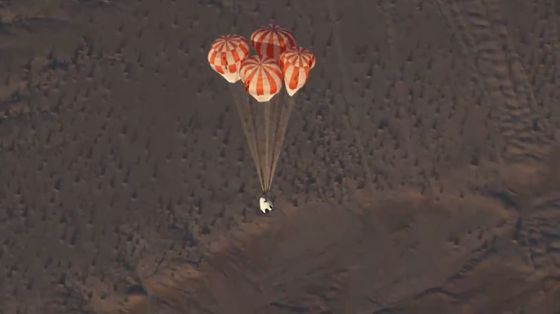 This time, the Falcon 9 commercial launch vehicle was used to test the emergency escape system in almost the same situation as the actual launch. In this test, astronauts were not on Crew Dragon, but two dolls with sensors were mounted as dummy. At the center of the image is Falcon 9 with Crew Dragon at the top. The countdown to launch has begun. 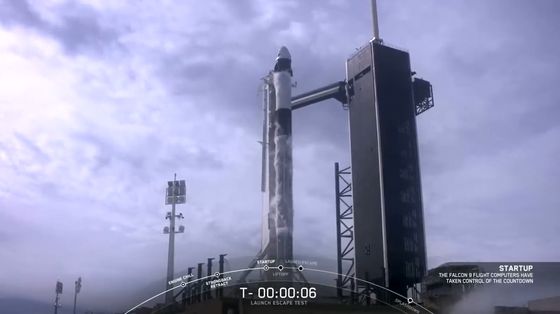 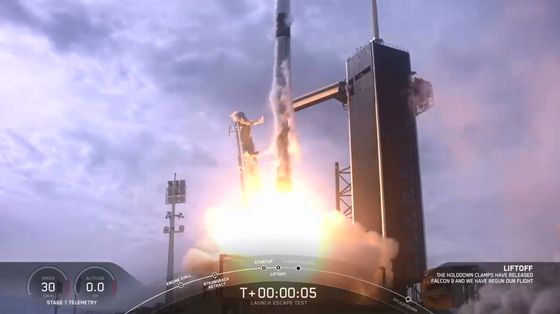 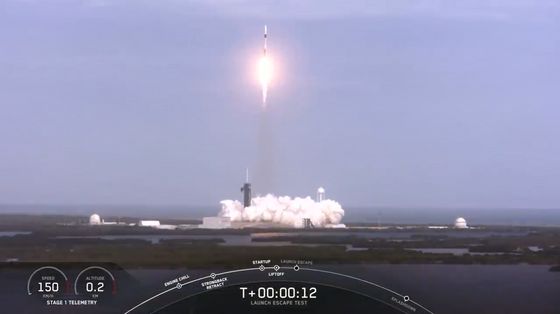 One minute and 24 seconds (84 seconds) after the launch, the Crew Dragon emergency escape system was activated ... 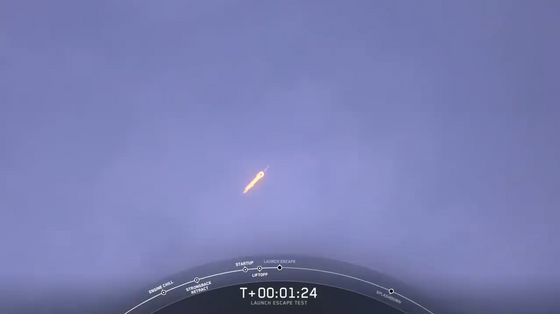 Crew Dragon has been disconnected from Falcon 9. 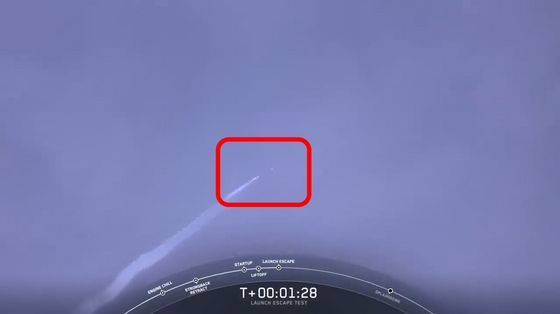 The small white dot that appears on the tip of the rocket body, which is very small and hard to understand, emits white smoke, is the separated Crew Dragon. 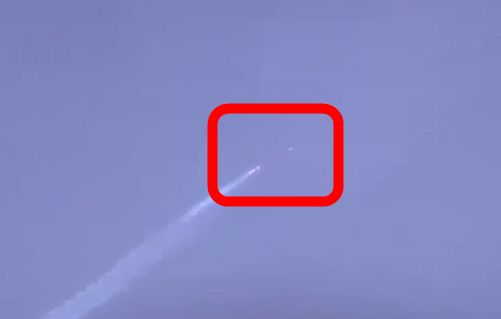 Falcon 9 exploded about 10 seconds after Crew Dragon was disconnected. At this point, Crew Dragon was already far enough from Falcon 9 that there was no damage from the explosion. 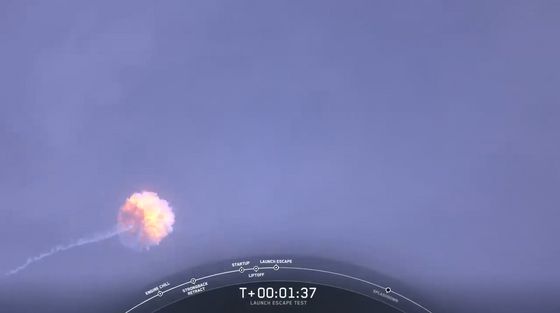 Crew Dragon will fly to a safe place as it is ... 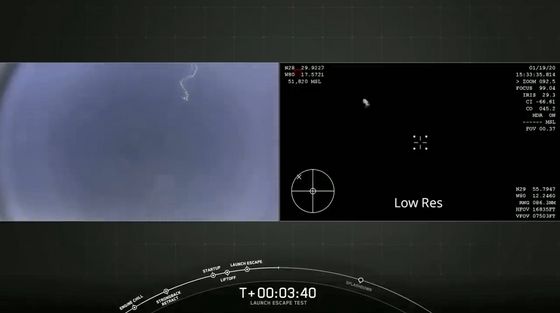 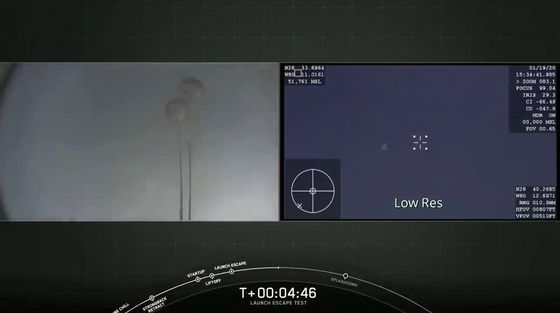 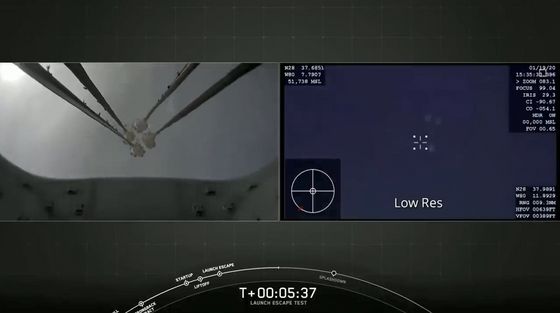 The main parachute is completely open. As it is, Crew Dragon falls toward a safe place on the Atlantic Ocean ... 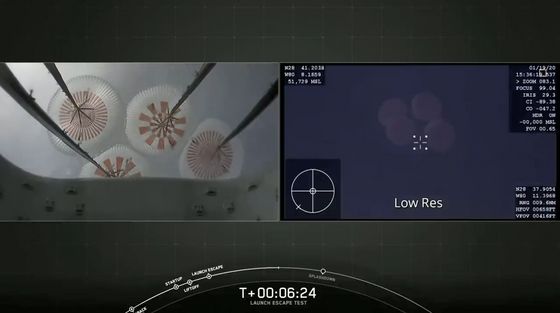 Landing. Crew Dragon and the dummy doll were recovered safely by boat. 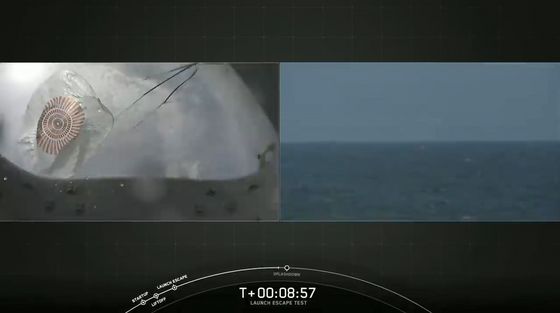 Astronauts Doug Hurley and Bob Benken, who are scheduled to fly into space with Crew Dragon in 2020, also watched the launch. 'I think this test is important and will be very exciting for our launch,' commented Astronaut Benken.

The test does not mean that Crew Dragon will be put to practical use immediately, but it will be necessary to check the data and create additional documents, and that additional testing of the parachute updated in 2019 is also necessary. If everything goes well, Musk said the first flight of Crew Dragon could take place in the second quarter of 2020.