Support for Chrome Apps has been phased out, moving to open web standard apps in the future 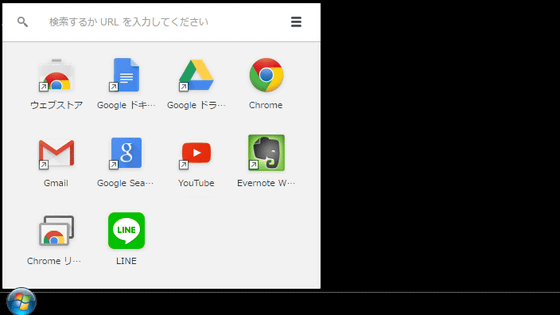 It has been announced that Google's web browser ' Chrome ', which is being developed based on the browser engine Chromium , will gradually end support for Chrome apps that can be used on PCs via Chrome . 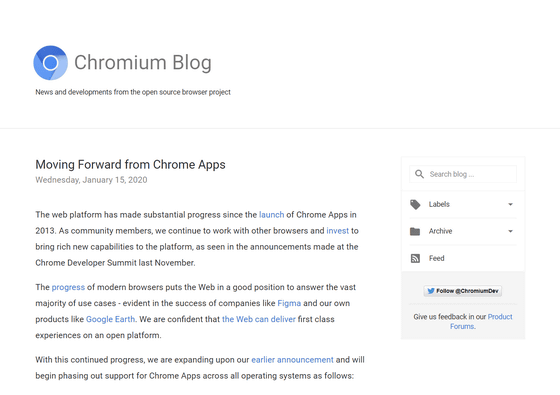 The Chrome app was first released in 2013. Since then, the Chrome app has made significant progress and provided a wealth of new features to the platform. The Chrome app is an app provided for Chrome, but there are multiple browsers that use Chromium, the browser engine used by Chrome, in addition to Chrome, such as Microsoft's Edge . So, the Chrome development team says that all modern web browsers will move to apps utilizing open web standard technology such as PWA .

As a result, support for the Chrome app will be phased out. 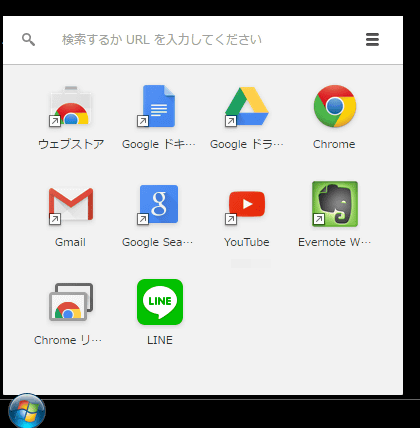 The Chrome development team has announced a schedule for the end of support for the Chrome app, and is as follows:

In addition, other details and FAQs will be updated on the following site that summarizes information on Chrome app migration. 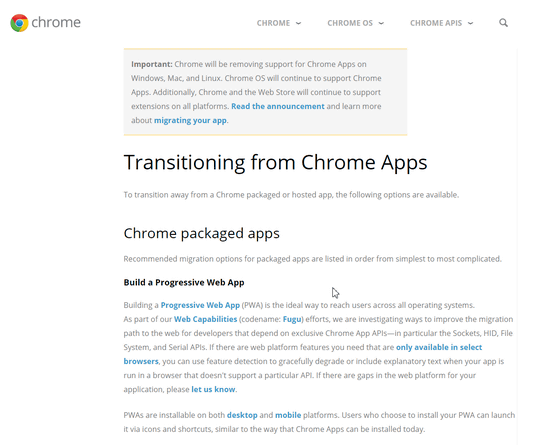