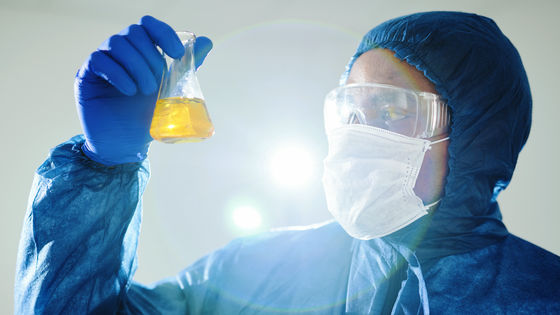 It is said that the three essential nutrients for plants to grow are nitrogen, phosphate and potassium. Among them, phosphoric acid is made from phosphate ore, but phosphate ore is a limited resource, and supply shortage is a problem. To obtain such phosphoric acid, 'the technology for producing fertilizer from human urine must be quickly established,' asserts Ferrerico Volpin, a postdoctoral fellow at the Sydney Institute of Technology.

That's a relief! We have a way to recover phosphorus from our urine
https://theconversation.com/thats-a-relief-we-have-a-way-to-recover-phosphorus-from-urine-117751

Phosphorus is a constituent element of adenosine triphosphate (ATP) , which is the energy currency of DNA and living organisms as a carrier of genes, and is an indispensable substance not only for animals but also for plants. Phosphate is a substance in which oxygen molecules are attached to this phosphorus, and is a raw material for phosphate fertilizers such as lime and ammonium phosphate.

Phosphate can be mass-produced from ore due to the industrial revolution, and its demand, along with

nitrogen fertilizer , surged in the 20th century. In just 50 years from 1961 to 2014, fertilizer production increased more than 6 times.

Nitrogen fertilizers were able to synthesize ammonia from nitrogen, which accounts for about 80% of the atmosphere, following the invention of the Haber-Bosch Act in 1906, making it difficult to obtain raw materials. However, phosphate production has to rely on natural phosphate ores, and the current situation is that there is a shortage of raw materials.

In the first place, Linn was first discovered by Hennig Brandt , a 17th-century German merchant. After 30 years of war and retiring from the army, Brant succeeded as a merchant after working as a glassmaker, but put most of the merchandise he acquired into his hobby, alchemy. 'The sage's stone, which turns any substance into gold, comes from human urine,' Brantt experimented with boiling down hundreds of liters of urine and extracted white glowing substances from the residue. The substance discovered by Brant was unfortunately not a sage stone, but was named 'Phosphorus' from the Greek word 'phosphoros', meaning 'the one that carries light.' From this episode, Volpin asserts, 'We excrete up to 0.5 kg of phosphorus annually in urine. Our urine is an excellent source of phosphorus.' In the old days Ferpin was fermented to make fertilizer, so Mr. Volpin's claim sounds like a reinvention of the wheel , but the key here is 'how low cost it can be easily produced.' According to Volpin, the technology of mass-producing phosphate fertilizer from urine at low cost is being studied by various universities and companies , and development competition has already begun.

For example, the University of Technology Sydney, Australia, has conducted a study in which microorganisms oxidize compounds in urine, convert volatile ammonia to more stable nitrates, and filter the treated urine fluid to remove phosphorus and nitrogen. That it is. The fertilizer is being used on a trial basis in the Royal Botanic Gardens of Australia to grow parsley. Volpin says that if these technologies were established and phosphate fertilizer could be made from human urine, it would reduce its reliance on the limited resource of phosphate ore. 'Someday we may explore the possibility of producing food off the planet. Phosphate ore may not be available outside of the earth, but urine is abundant.' Probably. '