What is the strange experiment of 'letting the squid put on 3D glasses'? 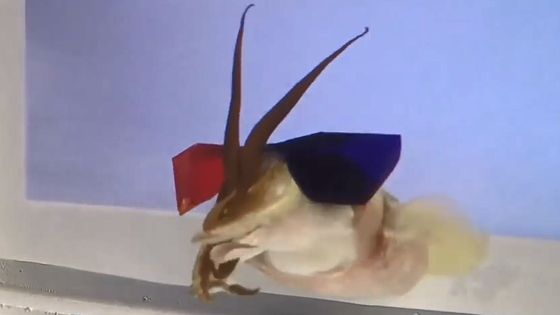 Squids are known to have high intelligence and good eyes, and use long tentacles to hunt for food. Research teams

at the University of Minnesota and Cambridge University conducted an experiment called `` Let squid wear 3D glasses and hunt '' to find out how squid recognizes prey when hunting .

Cuttlefish use stereopsis to strike at prey | Science Advances
https://advances.sciencemag.org/content/6/2/eaay6036

Cuttlefish See the World in an Odd Way-The Atlantic
https://www.theatlantic.com/science/archive/2020/01/why-scientists-put-3-d-glasses-cuttlefish/604555/ Humans look at objects with the left and right eyes, but since the two eyes are located a few centimeters away from each other, there is a subtle difference in the visibility of the left and right eyes. The disparity between the images captured by the left and right eyes is called binocular parallax, and it is possible to perform stereoscopic vision that captures an object in three dimensions by comprehensively judging images where the brain is slightly displaced.

A research team led by Associate Professor Trevor Wardil of the University of Minnesota asked, 'Is a squid with advanced intelligence and excellent eyes that move independently left and right do stereoscopic vision when catching prey?' In order to clarify, we conducted an experiment called 'Squid wearing 3D glasses'. You can see the squid used in the experiment wearing 3D glasses in the following movie.

Cuttlefish given 3D glasses to determine how they judge distance-YouTube 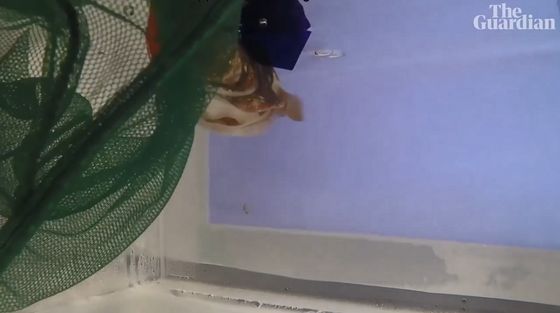 The right eye is red and the left eye is blue. When a squid stretches two long tentacles accurately to catch a prey, it is necessary to accurately grasp the distance from the prey and himself, Mr. Wardil said, `` Squid measures the sense of distance using stereoscopic vision. I supposed it was 'and conducted this experiment. 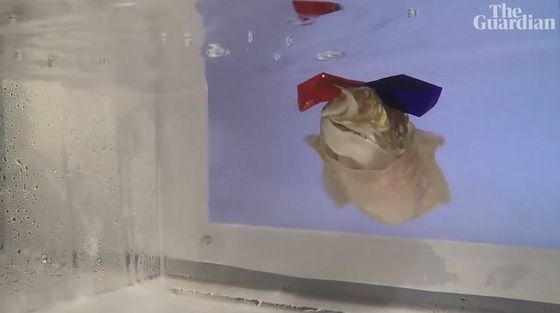 The research team conducted an experiment with a method of 'checking whether or not the squid is stereoscopically viewed by attaching 3D glasses to the squid and showing the 3D movie of the prey shrimp under various conditions'. At the beginning of the experiment, there was a problem that the squid removed the 3D glasses with tentacles, and the 3D glasses were shaken off when swimming. In the end, however, 20-30% of squids are still wearing 3D glasses, thanks to ingenuity and efforts such as 'attaching 3D glasses with velcro' and 'care for the squid carefully and providing abundant food'. He said he spent days. 'You have to grab the squid's heart and be happy,' said Waddill. 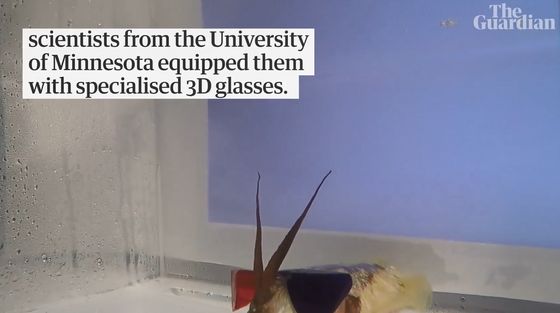 After getting used to 3D glasses during the training session, the research team showed various shrimp footage to the squid. 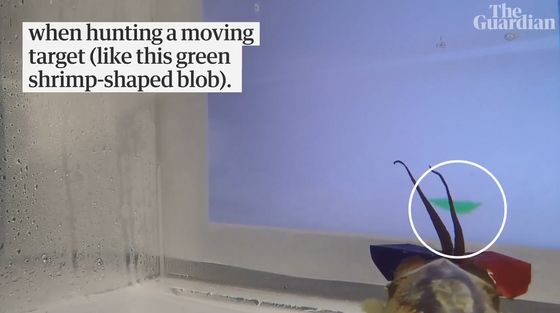 When a squid tries to catch a shrimp, the two tentacles move quickly towards the shrimp. The tentacles will be released from an appropriate distance if you can accurately grasp the distance from the shrimp reflected on the screen. 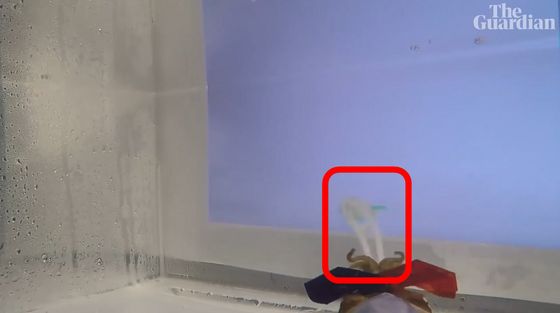 However, if the research team dares to misunderstand the sense of distance by using the mechanism of 3D glasses that 'shows the object three-dimensionally by shifting the image reflected by the left and right eyes ... 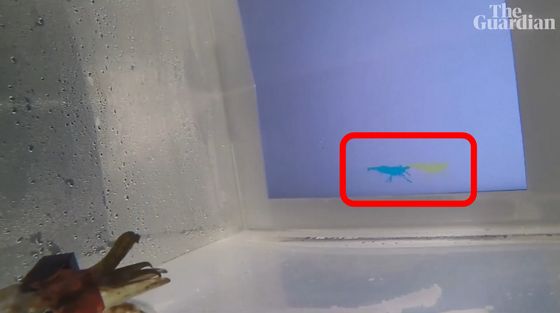 The squid has extended its tentacles too far from the screen. This result indicates that the squid is performing stereoscopic viewing using the misalignment of the images seen in the left and right eyes. 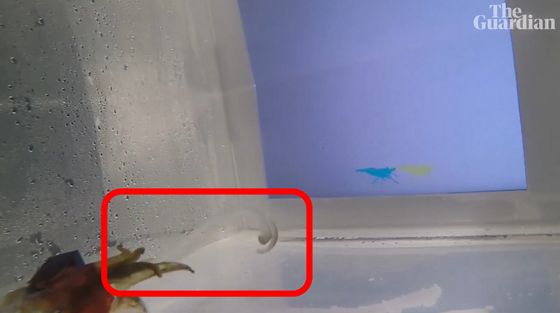 Also, if the squid was made to recognize that 'the shrimp is behind the screen position', the squid sometimes tried to swim further beyond the screen. Mr. Wardill's research team says that although squid is surely stereoscopic, there are differences in neural circuits and fine systems. 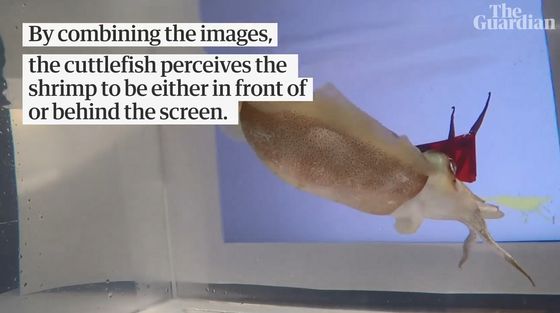 In addition, an experiment conducted by Nitiyananda's research team has also revealed that 'mantis is performing stereoscopic vision in a unique way different from other animals'.