Natural disasters such as the

2018 Northern Osaka Earthquake and the Typhoon No. 15 which caused severe damage mainly in Chiba Prefecture will cause serious damage to people such as collapsed houses and floods . The ' generator ' is very useful in the event of a power outage, one of the damages caused by such natural disasters. I actually purchased the generator and prepared for it in case of an unexpected disaster.

◆ Purchase of gasoline
Gasoline, which is used as fuel for the generator, is purchased by refueling gasoline carrying cans . Carrying cans can be purchased at home centers or Amazon.co.jp . 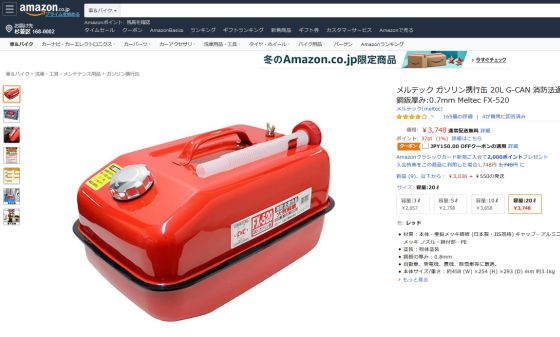 It is forbidden for buyers to refuel gasoline in their own cans, so gas station clerks must refuel. In addition,

due to the fire of “Kyoto Animation”, checks on the purchase of gasoline in portable cans have become stricter, and in many cases, it is required to show an ID card and explain the purpose of use. (PDF file) According to the

Fire Service Law , if gasoline is stored more than 40L, it will be necessary to renovate the building and notify the local government, so up to two regular 20L cans can be stored in general houses, It means that. 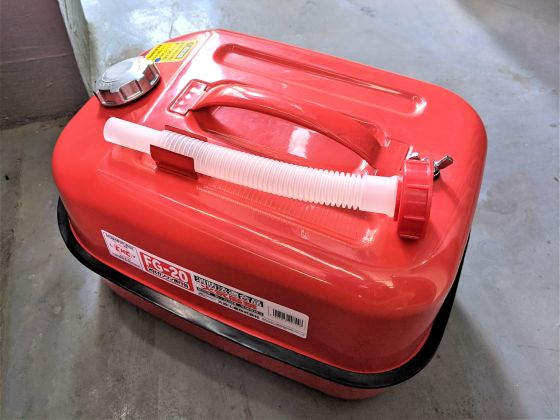 ◆ Use of generator
Generators, a preparation for unforeseen events, do not know when and who will use them. It is important to prepare so that even the first-time user of the generator can operate without difficulty, such as by sticking a sticker on which numbers are written so that the order of operation can be understood. ◆ Gasoline treatment
Gasoline degrades and rots if left for about six months. Because it is necessary to use up gasoline before it rots, gasoline can be saved when considering the use of the generator other than during power outages, such as using it for charging mobile batteries and 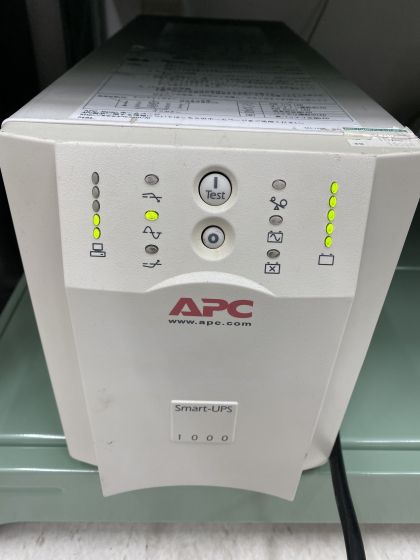 Most commonly sold generators use a '

carburetor ' as a mechanism to create a mixture of air and gasoline, but leaving gasoline in the carburetor can lead to breakdown due to gasoline corruption. If you do not use it for a long time, you need to extract gasoline from the carburetor, so we will actually work with KOSHIN 's generator ' GV-16i '. Pull the drain hose out of the fuselage and place the gasoline pan under the hose. 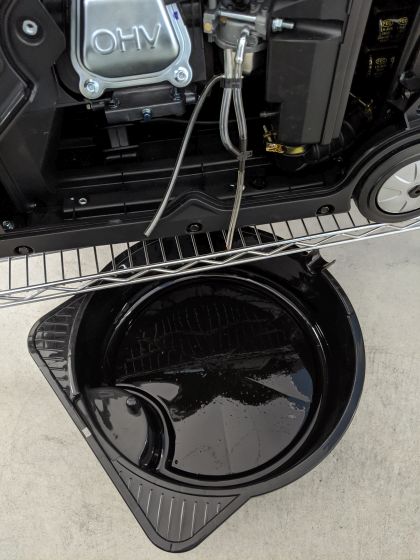 Loosen the screw on the carburetor with a screwdriver ... 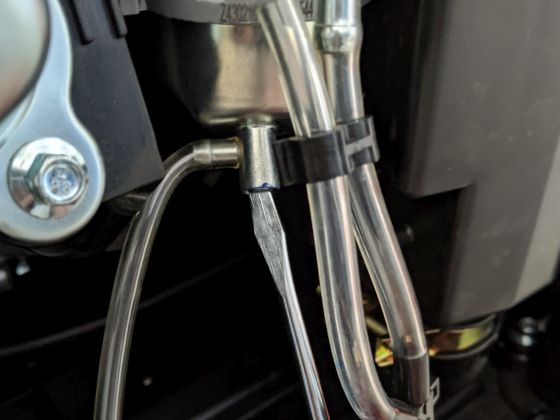 A drop of gasoline came down the hose. When the drops no longer appear, retighten the carburetor screws and store the hose in the body. Then attach the cover to complete the work. ◆ Generator repair and maintenance
Repairs for breakdowns must be entrusted to a contractor, but some home improvement centers may not have a repair system. It is recommended that you look at the manufacturer's site for repairs and maintenance, as the generator manufacturer may publish It is possible to change the oil yourself, but weighing the appropriate amount of oil or disposing of waste oil may be difficult depending on the local government, so it is advisable to ask a contractor if you are unfamiliar with the machine. . Purchase a generator without knowing the daily maintenance and precautions, and in order to avoid falling into a situation where it was malfunctioning and you could not use it when you wanted to use it, you could not maintain yourself, It is important to find out how to purchase the product.