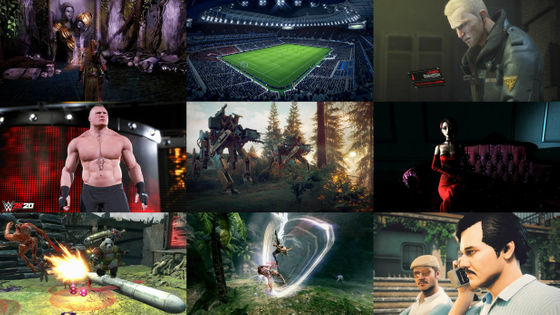 The official trailer for Narcos: Rise of the Cartels can be seen below.


◆ 9th: Generation Zero (PS4)
The ninth place is ' Generation Zero ', with a meta score of 45 . FPS game developed by Avalanche Studios , famous for the ' Just Cause ' series, but according to Metacritic, 'it's an empty (empty) world rather than an open world'.

Play the following to see the official launch trailer for 'Generation Zero'.


◆ 8th place: Submersed (PS4)
The eighth place is the survival horror game ' Submersed ' with a meta score of 44 . According to Metacritic, 'Officially speaking, as a Coast Guard rescue squad, you're going to challenge' Mystery and Puzzle, 'but the real mystery is why this game was released.'

Submersed launch trailers can be viewed below.

Below is the official trailer for FIFA 20.


News site IGN commented on `` FIFA 20 Legacy Edition '', `` This year's subversion of FIFA for Nintendo Switch is almost indistinguishable from last year, and it seems to embody a bad practice that sports games recycle content every year ' 
WWE 2K20 , which ranked sixth with a meta score of 42 , is the latest in a series of professional wrestling action games known in Japan as ' Exciting Pro Wrestling '. According to Metacritic, 'Wrestling games released every year rarely get a positive rating, but 2K20 is particularly terrible, with lots of glitches and meaningless elements.'

By playing the following, you can see the Japanese trailer of 'WWE 2K20', but the main game of 'WWE 2K20' does not support Japanese.


According to review site Push Square, 'I'm confused that a game of this size was released in such a state.' ◆ Fifth: Dollhouse (PS4)
The fifth place with a

meta score of 41 is Horror game Dollhouse . This work is a first-person type adventure game inspired by the film noir (crime movie) that flourished in the United States from the early 1940s to the late 1950s, but Metacritic said, `` Poor graphics and boring game play, Is ruining the concept. '

The official trailer is from the following.


According to the review site, The Digital Fix , `` The terrible frame rate, poor storytelling, and monotonous maze have made Dollhouse one of the worst games in recent decades, a game that should be avoided at all costs. It is. ' ◆ 4th place: Contra Rogue Corps (Nintendo Switch)
The fourth place is KONAMI's action shooting game ' Contra Rogue Corps ' with a meta score of 40 points. According to Metacritic, 'KONAMI tried to revive the' Contra 'series for the first time in eight years, but it deviated too much from the purpose of' Contra 'and ended in a great failure. Even with hardware other than Nintendo Switch , It has been a lot of evaluation. '

You can see KONAMI's official launch trailer below.


If you read the following article, you can see how the “contra rogue corps” exhibited at the Tokyo Game Show 2019 is actually playing. According to the review site Metro , ''Contra Rogue Corps' is the worst contra in the series and is like a model to prevent the resurrection of old-fashioned games. Especially when there are a lot of unofficial tributes. ' Contra 2028 ', which was rebooted in just eight weeks by eight students, appeared in January 2018. When I actually played it, I saw bugs, but the quality was amazing as a student who had little experience built it in a short period of time. 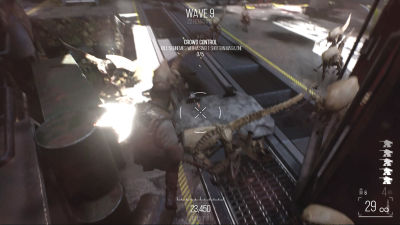 ◆ 3rd place: Blades of Time (Nintendo Switch)
The third place is ' Blades of Time ' with a meta score of 38 points . This game was originally released by Gaijin Entertainment of Russia on PlayStation 3 and Xbox 360 on March 6, 2012, and is the sequel to the company's ' X-Blades ' released in 2009. Critics point out that 'critics are wondering who really wanted to revive this game and why.'

The official trailers for Blades of Time are:


Cubed3, who deals with game-related news and reviews, argued about the game, 'No one should play this game because there are so many things breaking down.' The official trailer for Left Alive can be seen below.


According to the review site Destructoid , 'Left Alive has failed in everything he tried to do. The story and characters were not attractive, and the poor stealth elements were like being thrown out of a window thanks to forced combat. The battle was so bad that I lost my laugh, and if it works, it's about making me smile. ' 
Eternity: The Last Unicorn, released by Brazilian game studio Void Studios S / A , topped the list with 36 metascores . An action RPG depicting the battle of the elves who stood up to save the unicorn, according to the development studio, said, `` It brings a nostalgic feeling to those who played classic games like the first oni warrior and biohazard , but at the same time novelty It offers a fresh idea and a fresh feeling of play. 'However, for the reviewers,' From the concept to the feel of play, it was just old and outdated. '

Play the following to see the launch trailer for Eternity: The Last Unicorn.


Certainly, the graphics and behavior of the characters appearing in the trailer are quite disappointing for the 2019 PS4 game. According to review site TheSixthAxis , 'If you have to play' Eternity 'to save the last unicorn, you'd better let the unicorn die.' 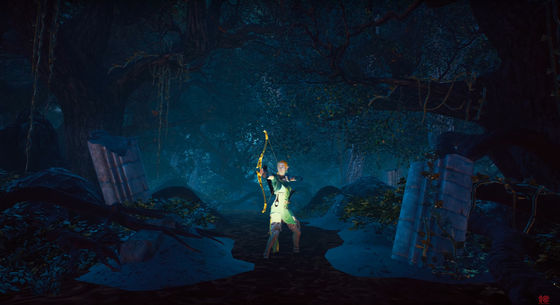