Nine “common sense of exercise” that is really wrong, such as “I can lose when I exercise” and “I can't exercise for pregnant women” While many people understand that “exercise is good for the body”, many people tend to refrain from exercising due to their busy daily life. Nine points that are often misunderstood when such modern people try to exercise on a daily basis are established by Julie Broderick, an associate professor and physical therapist at Trinity College Dublin .

◆ 1: “You do not need to exercise when you are healthy” is incorrect
According to Broderick, the health benefits of exercise will not last unless exercise habits are maintained. According to a research paper published in 2000, when the amount of exercise is drastically reduced or exercise habits are suddenly stopped. Mr. Broderick argues that physical fitness and endurance of the cardiovascular system may decline at a stretch, “exercising requires consistency throughout life”.

◆ 2: “Standing all day does not help exercise” is wrong
According to a paper published in 2015, standing and moving around all day is equivalent to a high level of physical activity for modern people who tend to live just sitting. In addition, Broderick argues that it is important to do sweating exercises for a total of 150 minutes or more per week to maximize the health benefits of exercise.

However, there are also indications that standing alone is not necessarily healthy just because there is a health risk in a sitting life.

Sitting too much increases the risk of death, but it can not be said that `` the work while standing is healthy ''-GIGAZINE 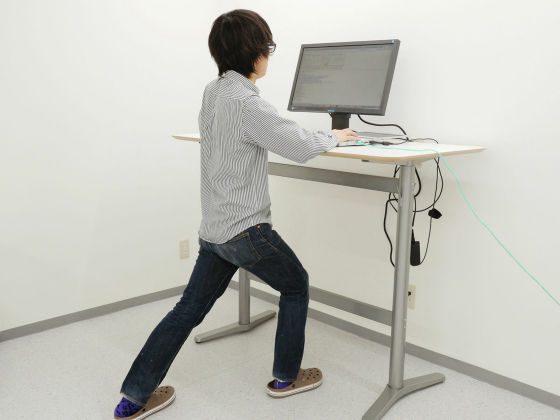 ◆ 3: “Exercise must be at least 10 minutes” is incorrect
According to the ' (PDF file) Guidelines for Physical Activities for the People ' announced by the US Department of Health and Human Services in 2018, the minimum standard of 'Physical activities must be performed for at least 10 minutes' is gone. Mr. Broderick said he should improve his health by actively carrying out daily chores, such as holding heavy shopping bags and energetically doing housework and garden work. It is also recommended that a short exercise of 2 to 30 minutes be held 3 to 5 times a day, such as going up the stairs with a degree of breathing.

◆ 4: 'If you have a medical condition, you should not exercise' is wrong
Exercise is said to be effective for various chronic diseases such as cancer and heart disease, and it has been pointed out that exercise such as running may suppress the growth of cancer cells. 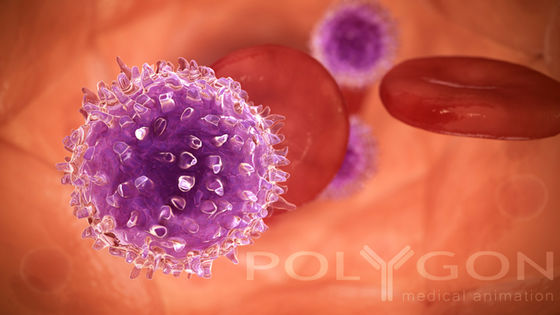 Of course, the amount of exercise should be adjusted according to the condition of the patient, but Broderick says that with the permission of a doctor and advice from a physical therapist and exercise specialist, moderate exercise should be taken on a daily basis. Mr. argues.

◆ 5: There is no such thing as “too old to exercise”
According to a study published in September 2018 (PDF file) , aging does not prevent you from exercising directly until mid-90s. There are also reports that elderly people can increase muscle strength and muscle mass through training.

◆ 6: “I lose when I exercise” is wrong
Some people do a lot of strenuous exercise to lose weight, but “it doesn't always get lost when you exercise,” says Broderick. Although exercise will certainly consume calories, appetite will be increased by reaction, and calorie intake will increase as a result, so exercise alone will not necessarily lead to effective weight loss also in the following article It has been.

Exercise is not suitable for `` losing weight '', 5 benefits that exercise brings to health-GIGAZINE In order to succeed in losing weight, it is necessary not only to exercise, but also to restrict calories in the diet. For example, if you want to lose more than 5% of your weight, you need to exercise a little more intensely for at least 5 hours per week, with dietary restrictions.

◆ 7: “Running once a week is not enough exercise” is wrong
There are many people who are busy with work and housework and have trouble exercising, but in a study published in November 2019, just running 50 minutes once a week, cancer and heart disease It is said that the risk of mortality due to will decrease. It is reported that the running pace need never be too fast, and the health benefits did not change between 8km / h and 13km / h. 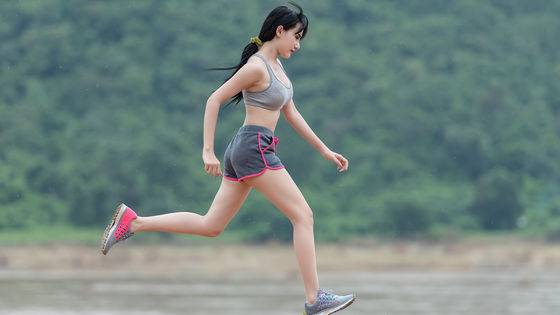 ◆ 8: Even if you are pregnant, there is no problem with some exercise
According to the “Guidelines for Physical Activity for the People”, some physical activity is safe for pregnant women who are healthy in both mother and child, reducing the risk of excessive weight gain and pregnancy diabetes during pregnancy. The Ministry of Health, Labor and Welfare in Japan also recommends exercises with a large proportion of aerobic exercise that can be performed during pregnancy after receiving medical checkups and advice from a doctor as “ maternity exercises ”. 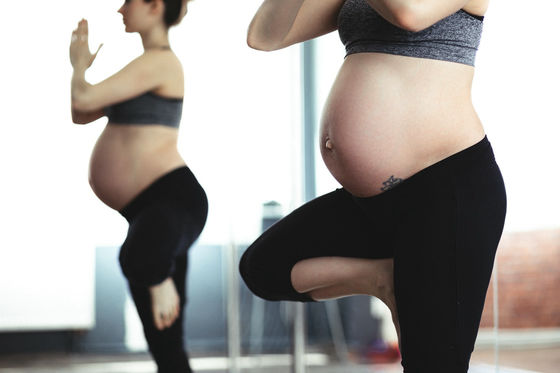 ◆ 9: “It is better not to exercise as much as possible when physical condition is bad”
If you feel unwell, have a fever, or feel severe pain or fatigue, you should not exercise. However, according to Alberta Health Services (AHS), a Canadian medical health institution, long hospitalization of patients leads to increased disease infection rates, reduced muscle strength, and daily physical and mental health risks. There is a risk of hindrance. AHS argues that aging of the muscles caused by a patient over 80 years of hospitalization and resting for 10 days is equivalent to 10 years. For this reason, Mr. Broderick says that if you feel well, it is important to get up from the bed and move your body with a light exercise.