ObjectNet ' for image recognition models that include a wide variety of objects. ImageNet is a data set that contains images collected through photo sharing services such as Flickr, but ObjectNet is a data set that summarizes the photo data collected by freelance photographers and others. It has become. By intentionally tilting the object sideways, shooting from strange angles that are not normally taken, or shooting in a messy room intentionally, it collects images that make image recognition difficult .

In the case of ImageNet (left), only the following easy-to-understand photos are recorded. On the other hand, in ObjectNet (right), a chair is placed in a messy room, the back of the chair is photographed, or a photograph that is difficult for humans to judge. Actually, when we performed a recognition test of images recorded on ImageNet and ObjectNet using the main image recognition models, we succeeded in correctly recognizing images recorded on ImageNet with a maximum accuracy of 97%. In the case of, the accuracy seems to have dropped to about 50-55%. This is a manifestation of the fact that the image recognition model cannot recognize the back side of the object accurately, and IBM researcher Dan Gut Freund, who was involved in the development of ObjectNet, said, `` The architecture of the latest image recognition model Indicates that it does not incorporate the concept of recognizing the back side of objects or unusual angles. '

Boris Katz , a research scientist working at the MIT Computer Science and Artificial Intelligence Laboratory (CSAIL) and CBMM , who did the research, said `` I need a better and smarter algorithm '' about the image recognition model It is. Regarding ObjectNet, the results will be announced at NeurlPS , a conference on neural information processing systems held from December 8 to 14, 2019. 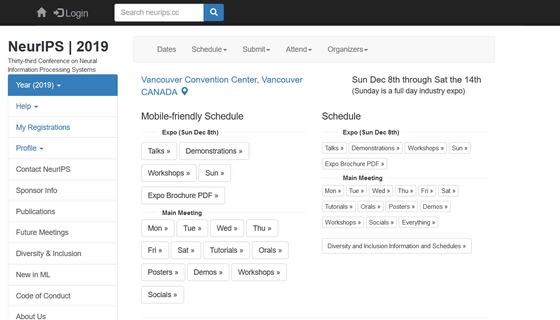 Since the image data for ObjectNet was collected using Amazon Mechanical Turk , photographs taken not only in the United States but also in countries around the world are included. Therefore, various variations are included, such as some of the same banana photos, some of which are yellow and some of which are green.