What is the reason for considering the law that 'If you do not use 30% of your income for electronic payments'? 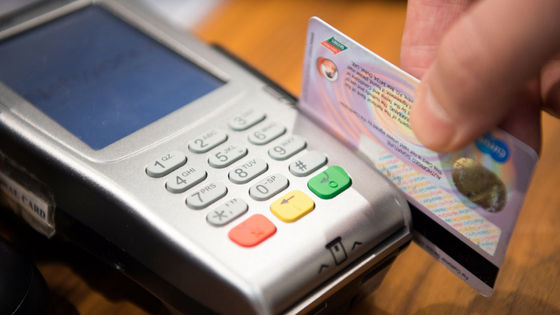 Alex Patelis, chief economic adviser, reveals that he plans to obligate the Greeks to pay 30% of their income via electronic payments as part of a fundamental reform launched by Prime Minister Kyriakos Mizotakis, who took office in July 2019. It was.

Greeks set to face heavy fines if they don't spend 30 per cent of their income electronically
https://www.smh.com.au/business/markets/greeks-set-to-face-heavy-fines-if-they-don-t-spend-30-per-cent-of-their-income- electronically-20191209-p53i14.html

In the proposal being considered, a citizen who did not pay 30% of their income via electronic payment would be fined 22% for the “shortage”. For example, if you pay only 20% of your income electronically, you will be fined 22% for the remaining 10% minus 20%. In this case, “electronic payment” refers to debit cards, credit cards, bank transfers, e-commerce, etc., and payments include rent.

Greece's “tax evasion situation”, which is said to be the largest in the world, is deeply involved in the background of Prime Minister Mizotakis considering such economic policies. In Greece, many workers receive income in cash, and Greek citizens and companies have a practice of tax evasion by underreporting income. A 2017 study by the Institute of Applied Economics (IPEA) pointed out that Greece has escaped from taxation and statistics, with approximately 22% of its gross domestic product being underground . In 2018, a documentary entitled “Tax Emission: National Sports in Greece” appears.


Prime Minister Mitzotakis promises to reduce the corporate tax from 28% to 24%, to reduce the minimum tax rate from 22% to 9% of the income tax rate, and to provide an annual bonus to pensioners We are committed to doing this and are expressing that we will make “bold reforms”.