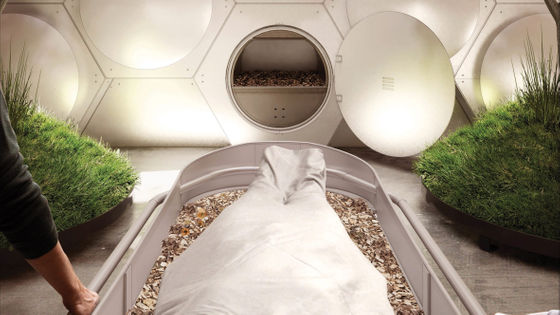 Recompose and the American architectural design firm Olson Kundig Architects have announced that they will open a completely new composting facility in 2021.

The World's First Human Composting Facility Will Open in 2021
https://www.sciencealert.com/the-world-s-first-human-composting-facility-will-turn-you-into-soil-in-2021

'We should change the burial method to a new one'-GIGAZINE 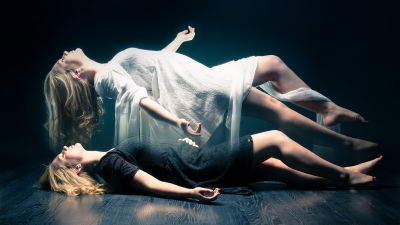 Therefore, Recompose has proposed “Compost Funeral” as a low-cost and environmentally friendly funeral method that solves the problems of burial and cremation. In May 2019, Recompose encouraged Washington to pass a bill that 'allows the body to be processed through the processes of' organic reduction 'and' hydrolysis '. With the enforcement in May 2020, composting was legalized in Washington.

The first law in the United States to approve composting, `` bury human corpses as compost '' is approved-gigazine In compost funerals, the bodies are housed in reusable modular containers, not cocoons. The container is filled with wood chips, and the body is broken down by microorganisms over approximately 30 days and turned into compost. The body of the individual, including the teeth and bones, is all soil, but inorganic substances such as pacemakers and metal implants that cannot be decomposed by microorganisms are removed during the process. In addition, since pathogens such as harmful microorganisms are also decomposed, people who died can be composted, but those who died of very infectious diseases such as

Ebola hemorrhagic fever , and the causative substance is microorganisms People who died of prion diseases such as Creutzfeldt-Jakob disease that have not been proved to be decomposable will be excluded.

According to Recompose, the compost that can be obtained by composting one person is approximately 1 cubic yard (0.76 cubic meters). The idea itself of 'the bodies to fertilizer', for some time trees burial has been done in the form of, unlike the trees funeral to plant a tree near the burial the body, because the body is in fertilizer in the compost funeral, The bereaved family can take it home or donate it to a greening organization. The cost is estimated at $ 5,500 per person (about 600,000 yen), $ 6,000 for standard tree funerals in Washington (about 650,000 yen), and 1000-7000 dollars for cremation (about 11) This is less expensive than 8,000 dollars (about 870,000 yen) for burial. Also, the energy required for the entire process is one-eighth that of cremation, and unlike burial, there is no contamination of soil or groundwater by corpses, so the burden on the environment is minimal compared to conventional funeral methods.

Recompose Seattle, the first composting facility, was built in the South of Downtown (SODO) area near Seattle and will open in the spring of 2021. The facility also accepts bodies from outside Washington State, and it is possible to accommodate bodies from outside the United States as long as they can be brought in.