Fort Knight ”, “Because it successfully incorporates the game system that was successful in the 2010s,” explains the game media Polygon.

Fortnite was announced to be in development in 2011, but it was delivered in 2017. The release initially, ' the Rescue World (Save the World)' cooperation mode only not been implemented that stop the hordes of monsters by using a building system that, attention was not gathered.

Meanwhile, “ PLAYERUNKNOWN'S BATTLEGROUNDS (PUBG) ” appeared in March 2017. PUBG is a battle royal style game where 100 people gathered on one island will fight until they become the last one. Epic Games, who noticed its great success, implemented the same battle royal mode as PUBG in Fort Knight in September 2017. This battle royal mode is a huge hit, and Fort Knight will grow rapidly with more than 3.4 million players in just a few months after the implementation of battle royal mode .

According to Polygon, the good nights at Fort Knight do not stop at PUBG. Fortnite's architectural elements are derived from Minecraft, and players fighting with architectural elements are close to fighting with skills in League of Legends . It also states that it is close to the Dark Souls series to avoid timing while being targeted by enemy players. 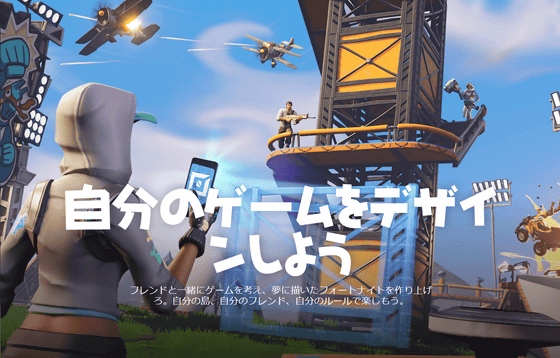 Fortnite ’s sales strategy is “the sale of products for a certain period of time is exactly the same as the Disney Vault ” sales strategy that Disney's home video distribution division used to be, ” It is very clear and good for users to not rely on random elements like gacha. ”

Fort Knight also introduced a system called “Battle Pass”, which was a huge success in the popular RTS game Dota 2 . If you have a Battle Pass, you can earn experience points each time you play a match or complete a challenge such as “Damage with Sniper Rifle” or “Defeat an enemy with a trap”. When this experience value is accumulated, you can receive new skin items such as costumes. The battle pass expires every two and a half months, so you can continue to generate revenue without relying on the root box.