In 'iOS 13.2', voices continue saying that background apps will be forcibly terminated 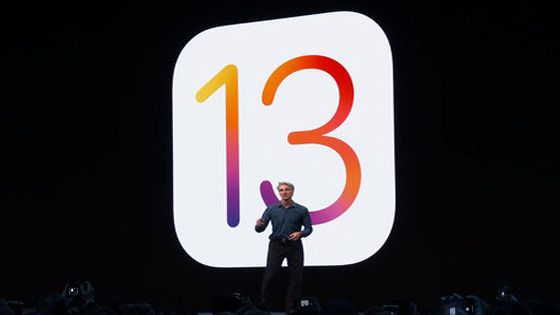 Users of the latest version ``

13.2 '' of iOS 13 and iPad OS 13 which are OS of iPhone and iPad say that the usage situation will be lost if the application is switched because the OS excessively manages the memory data One after another.

For example, you can use `` pause the movie currently playing on the YouTube application on your smartphone, watch the site on Safari, then switch to YouTube again and play the movie again '' because the OS can use the application status the movie of the data is because they are saved to memory. However, according to iOS 13.2 users released by Apple on October 28, 2019 (October 29 in Japan time), `` Background app usage will be lost instantly when switching apps '' A voice is raised.

In the forum of Apple information specialized news site MacRumors , a topic titled `` iPadOS RAM management is terrible '' was created, `` While creating a spreadsheet with Excel application, play a movie on YouTube for about 10 minutes and then Excel When I switched to the app, the app was already gone from memory, not just Excel, but the tabs that were open in Safari.4GB memory is not enough, so I should have bought a 6GB device? 'Users complained.

topic created by another user, “iOS memory management is cyac,” said, “When playing YouTube movies on iPhone 11 Pro, I used iMessage after pausing. After switching to YouTube, As with iPad Pro, apps and Safari tabs are reloaded much more frequently than in iOS 12. Do anyone have the same experience? ? 'Was posted.

Twitter also says, “If you try to use iOS 13.2 on iPhone 7, you can be frustrated by forcibly closing the app or closing the Safari tab each time the app is in the background,” and…

Every single app on my iPhone 7 iOS 13.2 gets killed every time I close.No backgrounding.And each tab on safari when I move to a new one.So frustrating

There is a tweet that says “Is iOS 13 more aggressively managing memory? It ’s not possible to stay paused even immediately after using the YouTube app.”

Is it my imagination or is iOS 13 more aggressively managing RAM? I can't keep YouTube suspended at all, even if it was the last used app.

Nick Heer, a designer and front-end developer, said in his blog: `` I use iPhone cameras a lot, so if you use a camera on iPhone X, all open apps will disappear. I'm used to it, iOS 13.2 not only kills the background task, but also seems to be completely restarted every time you switch the background app, which always happens regardless of the app, for example Safari 'You can't even save a single tab, it's not a catastrophic bug, but it's pretty poor, so I'd like it to be fixed with the highest priority,' he said .

At the present time, Apple has not made an official announcement, and the cause of this bug is unknown, but iOS engineer Marco Arment said, `` The iPhone 11 camera uses a lot of memory Is n’t it? ”

I've noticed this since the first 13.2 betas, and Overcast users keep reporting it as well: background apps seem to be getting killed MUCH more aggressively than before.

(Especially on the iPhone 11 if you use the camera, presumably because it needs so much RAM for processing.) Https://t.co/Qscmsj1OGY

There is also a tweet that points out that the iOS browser engine “ WKWebView ” may be involved.

I see it lot of speculation that this is about lack of RAM.I doubt it.In our app, we are seeing problem with (some) WKWebView content (ads) .App is silently killed after 30s in background.Critical log line attached. pic.twitter.com/BS0HkvyRpv

Arment said, “I always hear the same story from within Apple.“ I do n’t have time to fix bugs. ”“ Since the CEO has become Cook, the number of managers has increased. So, the problem is hard to get on, and the team is overly divided. ”” He said, he said that the problem of Apple's development system might be surfaced.

I hear the same stories repeatedly from inside Apple:

-almost no time to fix bugs