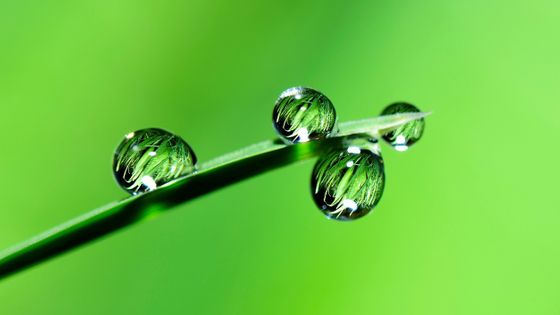 A research team from the University of Cambridge announced that it has developed an “ artificial leaf ” that can synthesize gas that can be used as fuel from sunlight and water. According to a paper published in the journal Nature Materials , the artificial leaves developed this time can be produced at low cost because they use relatively inexpensive cobalt , even when the sunlight is weak, such as rainy or cloudy days It is said that fuel can be produced stably.

A research group such as Virgil Andrey, who is studying chemistry at the University of Cambridge, has succeeded in developing an artificial leaf that can produce fuel. Andrey et al., Who studied gas fuels , focused on the mechanism by which plants produce energy from water and carbon dioxide by photosynthesis using sunlight. To develop artificial leaves that produce gas fuel from light, water, and carbon dioxide by combining a catalyst using cobalt, a natural mineral, and two light absorbers made from perovskite and bismuth vanadate. Succeeded.

When the artificial leaves developed by the research group are immersed in water in which carbon dioxide gas is dissolved, light is emitted from one of the light absorber and catalyst. At the same time, the other absorber converts carbon dioxide and water into carbon monoxide and hydrogen. By mixing these gases, you can make a gas fuel called syngas .

Syngas is a mixed gas of carbon monoxide and hydrogen, which is mainly used for manufacturing fertilizers and pharmaceuticals in the industrial field, but it was also used as city gas until the 1970s. It can also be used as a fuel.

According to Andrey, who has been involved in syngas research for more than seven years, “At present, syngas is produced by an industrial process that generates carbon dioxide, but if artificial leaves are used, syngas can be produced carbon neutral. ”Emphasized the strength of artificial leaves that can synthesize syngas using only sunlight without emitting carbon dioxide. 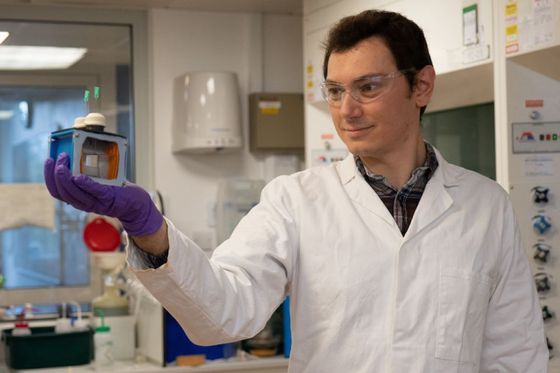 Until now, artificial leaves that can synthesize fuel from water have appeared, but it was not possible to synthesize fuel alone, and it was necessary to borrow the power of bacteria. 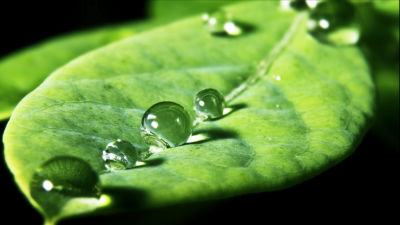 In addition, many conventional artificial leaves use silver or platinum as a catalyst, which raises the problem of high costs. However, the artificial leaves developed by Andrey et al. Use a relatively inexpensive cobalt catalyst, which can reduce the cost. Moreover, since cobalt has a higher ability to synthesize fuel than conventional catalysts, it is possible to synthesize fuel with little energy, and it can produce fuel in any region at any time, regardless of time of day or weather conditions. That's it.

“And renewable energy, such as wind and solar, can only meet about 25% of the world's total energy demand as of 2019,” Andrey said. He showed that energy sources that can be used for power generation and transportation instead of fossil fuels are key to future global warming countermeasures.

The research group plans to conduct further research with the goal of developing a liquid syngas fuel that can be used in place of gasoline and an artificial leaf that can produce entanol.