3D printer reproduces the world's longest bridge of the time, designed by Da Vinci, said to be “impossible” over 500 years ago 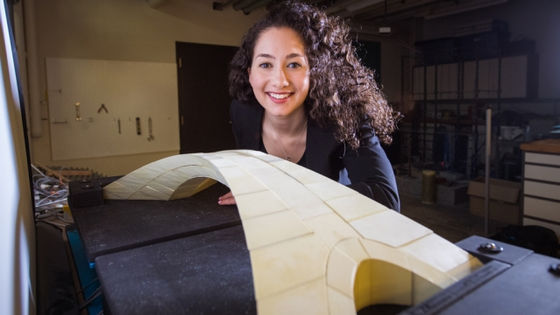 Research was done to reproduce the world's longest bridge, designed by Leonardo da Vinci, that was not built as “impossible” more than 500 years ago with a 3D printer. A thorough analysis of Da Vinci's bridge with modern technology reveals that the bridge worked without any problems, even though it did not use any fasteners or mortar.

In 1502, Bayazit II , the 8th Emperor of the Ottoman Empire, wanted to design a bridge over the river that flows between the center of Istanbul and Turkey. During this period, there were no building materials indispensable for building modern bridges such as rebars and asphalt, but Leonardo da Vinci , a famous artist and excellent inventor at the time, He also designed the bridge that Bayazit II wanted without using wood board or even mortar .

Da Vinci designed the world's longest 790-foot (about 241 meters) bridge at the time, but the construction of this bridge was rejected by Bayazit II because it was `` impossible '', so it will be realized It seems that there was not. However, in 2019, more than 500 years after the design, Karly Bast, a graduate student at the Massachusetts Institute of Technology (MIT), created a 1/500 size scale model of the bridge `` Da Vinci's It proves that the bridge was feasible.

The drawing of the bridge designed by Da Vinci is in the upper left photo, and in the lower right is a drawing drawn by Bast and others to create a scale model. 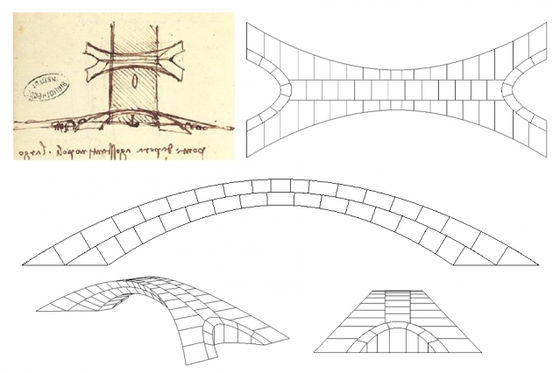 Bast worked with Professor John Ochsendorf, who teaches environmental engineering related to architecture and civil engineering, and Michelle Xie, an MIT university student, to analyze the available literature, materials, and construction methods, and designed a bridge designed by Da Vinci. Was analyzed to see if it was feasible.

In addition, the research team has created a 1/500 scale model of the bridge designed by Da Vinci. Finally, the bridge was completed by combining 126 individual blocks. The research team uses a scale model to test the question of 'Achievable structure?', Which has been a question for many years, and has succeeded in assembling the bridge by 'combining the blocks' without any special mechanism. .

The bridge has a semicircular arch shape. At that time, when building a 200 meter long bridge, more than 10 pillars were needed to support the bridge itself. However, because there were no struts on the Da Vinci bridge, it was “incredibly ambitious,” and the Da Vinci bridge was about 10 times the standard bridge at the time. “There was a length,” says Bast.

keystone at the end. On this Da Vinci bridge, Bast said, 'The key to the bridge is the power of geometry.'

Bast created a 1/500 scale model of a bridge designed by Da Vinci. The scale model is made using 126 blocks output by a 3D printer, and the time taken to create is about 6 hours. 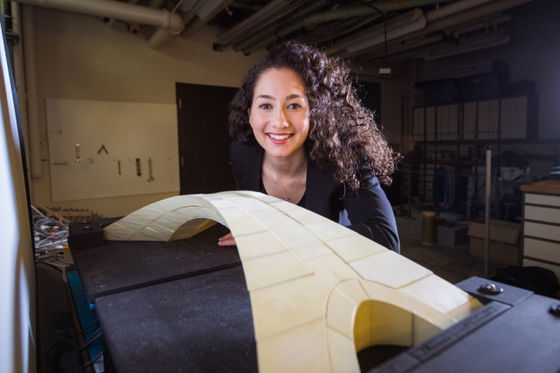 In addition, Mr. Bast said, “It took time, but 3D printing was able to accurately reproduce very complicated shapes,” and created a scale model of Da Vinci's bridge using a 3D printer. I am revealing what I did. In addition, “It is not necessarily flashy technology that is necessary to come up with the best ideas,” and that Da Vinci's bridge was like a Roman stone bridge that could be made without fasteners or mortar. He emphasizes that part of Da Vinci's inventor talent has emerged.