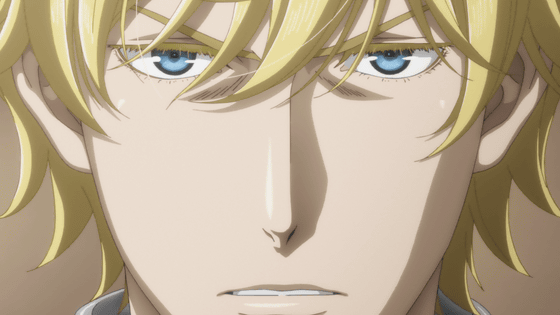 A trailer of the second chapter of “ Legend of the Galactic Heroes Die Neue These Stars ”, which will be screened for 3 weeks only at the movie theater, has been released.

This work is the second season of “Legend of the Galactic Heroes Die Neue These 邂逅”, which was broadcasted as a TV animation from April 2018. The content is a continuation of all 12 episodes of TV anime (first season), with 4 episodes each consisting of 3 chapters, and the first chapter (13th to 16th episodes) will start from Friday, September 27, 2019 During theatrical screening. In addition, since the first season omnibus is inserted at the beginning of Chapter 1, even those who have not watched the entire first season can now catch up.

`` MOMOFUKU NOODLE '' that can make 2145 higher-grade cup noodles to your liking has opened, so I went-GIGAZINE

Why does the “flying memory” phenomenon occur due to excessive drinking of alcohol? -GIGAZINE

What are the many illnesses and treatments that were once believed in modern medicine? -GIGAZINE

Pic.twitter.com/k8CtV1ephc summarizing recent comments from everyone in the company

I am indebted to you for inquiries to your business partner's nipples. Details about the statement “Do not send nipples to suppliers”.
When I asked a professional to give a recommended illustration on the birthday of the president of a business partner, both nipples Konishi Kogami was delivered and it was a word I uttered. I was very sorry for the confusion.

Pic.twitter.com/HkGuzMvG07 attached to the monitor cable in the conference room

A rebuilt home. A regular report from my father pic.twitter.com/KEj2e0yIVd

Bean seedlings ..., you don't have to embrace Halloween so much ... it doesn't matter what you think ... pic.twitter.com/ry64RoAEqj

My witch Kiki! This is a business card that I noticed on the opening day that the message on the back of the business card of the store was abbreviated and became a psychological line of Yabed M bastard! ! pic.twitter.com/MncLItfxT6

A spectacular story found in the thought notes of a hamburger in Hida Takayama. pic.twitter.com/BFSD4G0XC4

I'll introduce you to the great new employee management system in Japan! !

-A system that can not go to work unless it is a smile- A system that detects a sleeping employee and causes it to cool down- A system that monitors emotional status with an electroencephalogram sensor ← new !!! pic.twitter.com/UBCMEmZRvG

Intimidation on the 2nd of the video posted on the Internet by the party leader Tachibana, who protects the people from NHK, threatened to 'go to kill life' against Tokyo's former constituency members who belonged to the party The document was sent for suspicion.
The Tachibana party leader said at the conference so far, “It is a fight between public members who are members of the parliament” and insisted that it was not a threat.

A law prohibiting the spread of lie information and fake news on the Internet has been enforced in Singapore. Whether the content is true or not is determined by the government, and domestic civil society has voiced opposition as causing atrophy of expression.

Mr. Suzuki explained that the NHK side said, “If you receive an interview, the video will be erased.” I told reporters, 'Like a gang. I'll quit and stop if you don't want me to talk anymore. Listen to me. I'm stupid.'

Governor of Chiba, when the typhoon No. 15 passes, the government does not register even once and the question is questioned-Mainichi Newspaper

It throws out a shocking story that the world can eat and a solid problem that the commentator of the wide show is easy to describe “impressions” as “food” and distracts the eye from the essence. This is the so-called “dispatch point”.

In fact, this is one of the most commonly used orthodox techniques in dealing with the crisis of companies and government offices. I would like you to remember that it may be useful in the future. Although there are some differences depending on the case, the “dispatch point” used when avoiding the responsibility of the top is basically the following three-stage method.

(1) Organizations suffered damage due to “individuals” who deviated from the rules
(2) Nevertheless, there is a problem with the organizational climate that could not stop the runaway of this 'individual'
(3) Since it is a climate story, it is not a story where the top takes responsibility

In short, the impression that the top neck seems to blow away is strengthened by providing “interesting material” so that the “individual” scandal and fraudulently focus on it, and in the end it is a corporate constitution The damage control is to land on a fluffy story like Honalaraism. The Kanden 'report' looks like a typical pattern.

Self-developed Yuto Funato defendant 'I can't convince, there is a problem with the child' ... Child side 'Azo': Domestic: News: Yomiuri Shimbun Online

The police argued at the press conference that they had fired at the demonstrator's left shoulder, but this is an obvious lie. The shot was pierced through the high school student's lungs and was only 3 centimeters away from the heart. The policeman clearly aimed at the heart.

Please pay attention to the media people in Japan. pic.twitter.com/9jumOXXoin

[Announced successful launch of SLBM 'Arctic Star 3' in the North Sea of Japan, photo released]
It looks a little bigger than the previous SLBM. It looks like a new model.
This year, it seems to be an application of technology that has been accumulated by experimenting with short-range ballistic missiles with solid fuel. The level is different. Japan should strongly urge the United Nations Security Council to be heldpic.twitter.com/8GJgKOILAR

The bench will disappear from the supermarket at the reduced tax rate. pic.twitter.com/mFUeqqLKE0

Is it too low and too dangerous?

So what is a “shocking” fact?

The place that is returned within the range of elementary school students,
For 'calculation of fraction' and 'value of ratio and ratio'
It is concentrated.

In other words,
“Without understanding fractions and ratios,
Japanese who have become junior high school students
How many things. '

To a person who tried to get off while elbowing on a crowded train, a foreign young man shouted and protested, 'I should just say' get down '...'-Togetter

Along with the revision of the consumption tax rate, a reduced tax rate that was not well understood at the movie theater was applied ... Note that it will fall into chaos as you think about it-Togetter

The son who loved the old-fashioned fan who had his third birthday the other day.

Thank you so much to all my sons who taught me about fan toys!

I'm too happy and crying. . pic.twitter.com/l39m1QCHtj

Welcome to my Come to Russia because the world is so beautiful in autumn in Russia! pic.twitter.com/WlG8wu1bbl

Thank you for waiting in Tokyo and Kanto! !
We were able to advance due to the popular thanks in Nagoya.
[World of Dreams made with a box of sweets] 10 / 26-11 / 11 will be held at Ikebukuro PARCO! ! pic.twitter.com/zV6DgyZj95

#Yarase review is made in this way! The news gathering team obtained a video of “Yarase Review Factory” in China. It has become clear that smartphones that move by themselves have ordered a large number of products and mass-produced reviews. https://t.co/6RixOddSem pic.twitter.com/24ZPWVh1Lg

“The Japanese do n’t buy the product without a review”
'The higher the queue, the more I want to live there'
'Low consciousness to judge by yourself'
It ’s all hit! # Black current plus # nhk pic.twitter.com/XwAcMILZpS

There will be no second miracle in squash illegalization. -GOZKI MEZKI

External services with APIs can be managed with Terraform-Speaker Deck

Is this Miyake wearing a futuristic drone from Paris Fashion Week? Interesting pic.twitter.com/jWMs7GuX44

Kyoto Anni, donations from around the world will not be used for business resumption, but all will be used for bereaved families, injured persons, and families. As a company, we start on our own feet without receiving external support, including public support. On November 3rd and 4th, at Miyako Messe (Kyoto City Kogyo Kaikan), there seems to be a place to commemorate fans and others. -Togetter

If you choose only one episode from Doraemon, `` Submarine Hiking '' Nobita will borrow Dorami's tools and walk across the Pacific Ocean. I will never forget pic.twitter.com/w4LtfQlwWg

Sister of justice to police the boy to try to eat sneak sweets bought in takeout in the eat- pic.twitter.com/Sbz18NRpdo

[Notice of closing]
Unfortunately, the Nihonbashi store will be closed on December 29 this year. Depending on the financial plan, we are considering relocation. Please support us in the future.

I would like to share this with the many people who have been supporting me so far, and thank you for your cooperation. pic.twitter.com/WU38JDJbZi

The girl is really naughty, it's a scribble pic.twitter.com/b0GQn16oB1

'It's the difference interpretation!' To the east Cannonball people who resent The calm down also seen in the Sukusho of Soshage of Legend of the Galactic Heroes pic.twitter.com/3ZPjnYIELt

The hazard does not stop (tremor) pic.twitter.com/XpuliWS2fS

I was misunderstood when I had a meeting with my childhood cute editor. pic.twitter.com/hS7yWXvmdV

Reduced tax rate at the cinema.
You can't eat before you enter the theater ... pic.twitter.com/PexF0qapKA

An international traveling exhibition “The History of Harry Potter and the Magic” was held in Japan in 2020!

According to the curriculum of Hogwarts Magic School, precious materials related to magic, handwritten manuscripts and sketches of JK Rolling himself will be exhibited.

Our 9-year-old child suddenly became crazy about Star Wars (´ (é) ｀)
I made a Star Destroyer with a cardboard box.
Is it a masterpiece by expressing Kiyo Yamashita-sensei's panel with a detailed paste picture?
I want you to see it. # Star Wars # Cardboard work # Star Destroyer # StarWars pic.twitter.com/iYCVV0MiDm

12 baseball teams list of players who did not play in the 1st Army this season: Swallow Bulletin