' Western chicken cutlet sandwich [Demigla cheese] ' that combines rich chicken sauce and cheddar cheese with original chicken cutlet in Kentucky that handles 'Japanese-style chicken cutlet sandwich' infused with Teriyaki sauce from Tuesday, October 1, 2019 Appears for a limited time. From the same day, the “ crisp boneless Kentucky [Sichuan style flavor] ” and the drinking sweet “ Krushers Apple Tart ”, which are addictive to the numbness of numbness, have appeared, so we have eaten new works together. A few minutes later, I received what I ordered. 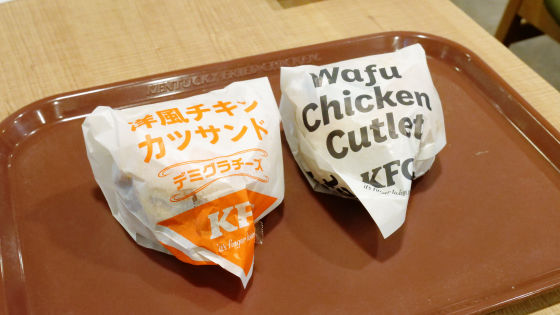 When I open the wrapping paper, it looks like this. The two are almost the same size, and the height is about half that of the 123.8mm iPhone SE. Although the size is the same, the order in which ingredients are sandwiched is different, and the Western-style chicken cutlet sandwich is lined in the order of cheese, sauce, chicken cutlet, cabbage under the buns ... 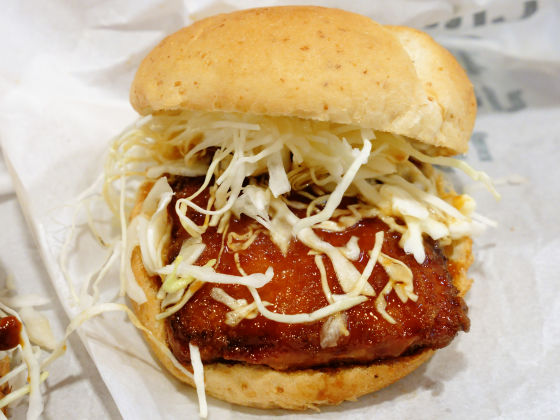 As soon as I ate a Western-style chicken cutlet sandwich, the combination of demiglace sauce and cheese with a scent of wine and butter is quite rich. Demigrass sauce is blended with onions, tomatoes, and has a sweet and sour taste. 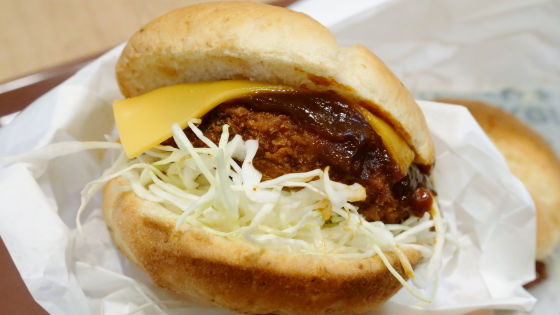 The sauce and cheese are quite heavy, but the chicken is a crisp breast so it doesn't get cramped and has a balanced impression. The texture of crispy and lightly fried clothes and cabbage is accented. It was a royal road and finished so that I thought, “This isn't a classic ...?”. 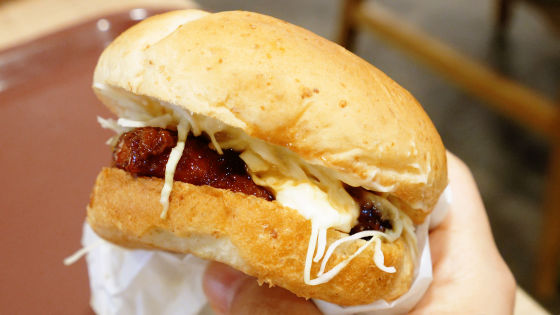 Try the new crunchy Kentucky [Shikawa-style Miso]. A “spicy” sticker was attached to the wrapping paper. 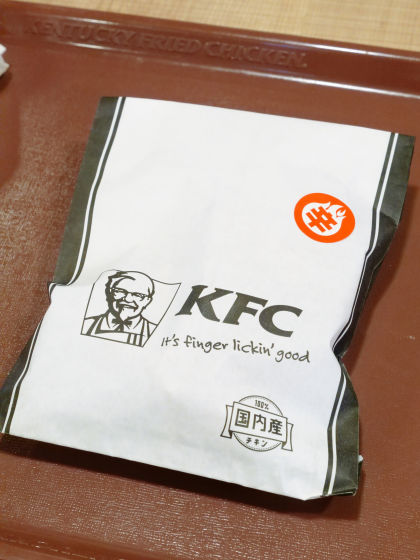 Opened. You can see that the garments and chili are on the garments, and the spiciness is transmitted from the appearance ... 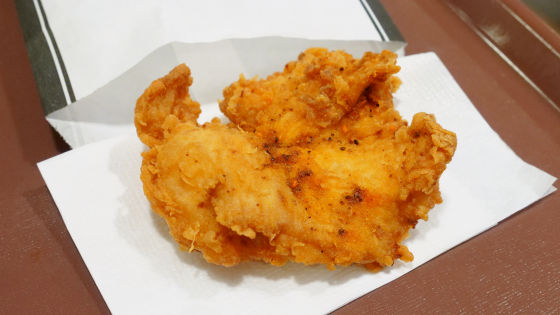 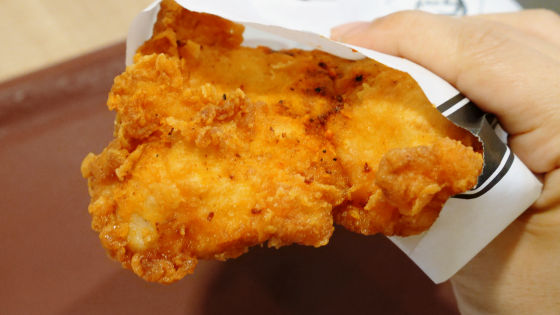 The scent of the bridegroom flutters through the nose as soon as it is covered. As you can see from the fact that the gravy is dyed red, the stimulation is rather strong. I was able to enjoy the taste, and my mouth and lips were tingling as I continued to eat. You can taste both chili and groom, so if you like it is an irresistible finish. 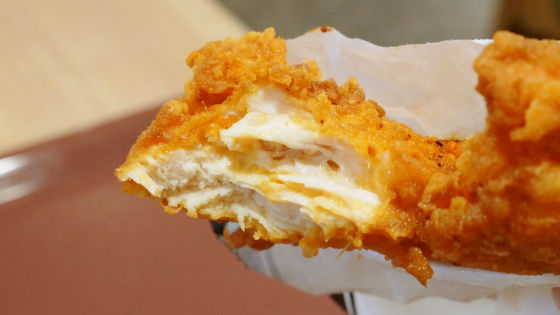 When your mouth gets hot, try drinking the “Krushers Apple Tart” that has appeared on the same day. 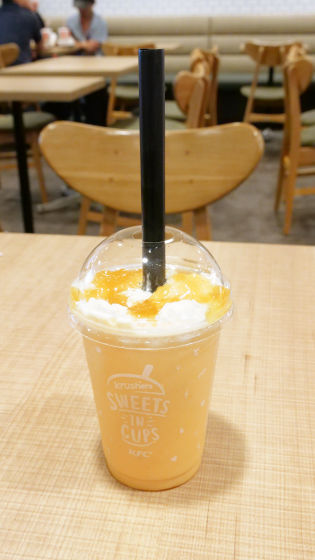 When I removed the cup, there was plenty of Fuji apple sauce on top of the whipped cream. 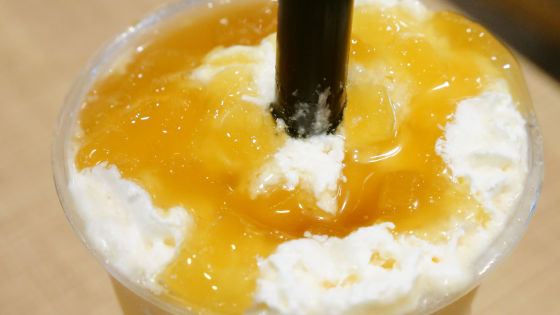 When you drink it, the aroma and taste of maple syrup spreads in your mouth, and the whole grain crunch comes in through a thick straw. 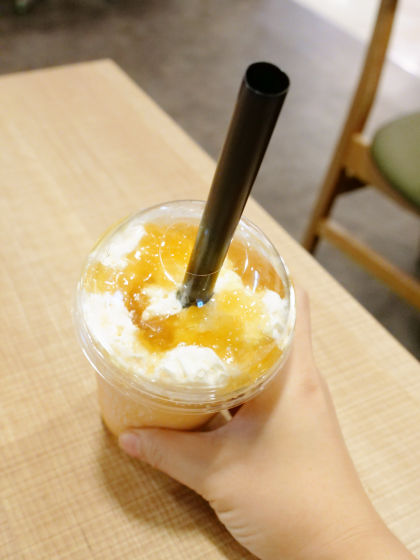 I don't know from the side of the cup, but it has a pretty big crunch so you can enjoy the crunchy texture of eating a tart. It's also sweet, so it's a dessert rather than a drink. 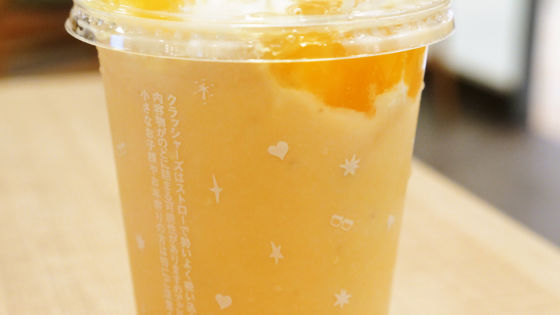 The Fuji apple sauce on top of the whipped cream also contains chopped apples, resulting in a sweet and sour finish. The word “tart” is included in the name, so it ’s perfect for desserts and 3 o'clock snacks. 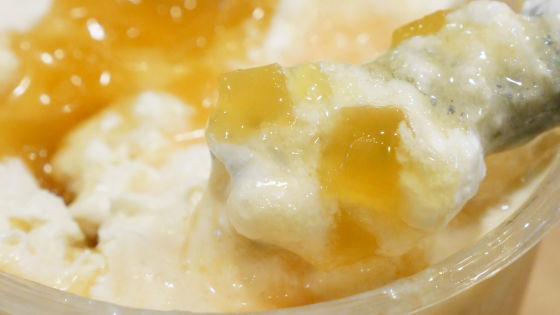