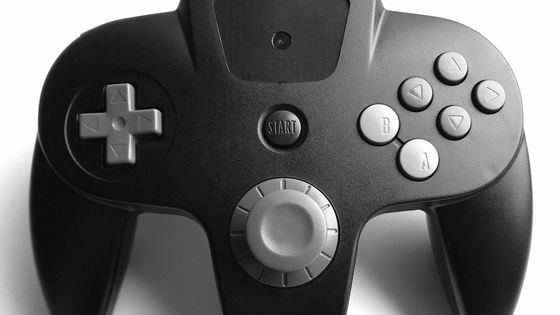 64 , released in 1996 by Nintendo, is a stationary game machine featuring a unique controller shape. Shane Battye , an engineer who got a prototype of this NINTENDO64 controller, disassembles it and compares it with the product version controller.

It houses a thumbstick significantly different to the final retail version and first appeared in a black and white press release photo alongside the Ultra 64 ( # Nintendo64 ) back in 1995.So let's 'crack' it open and see what's inside ... pic. twitter.com/lj3PhSzOEQ 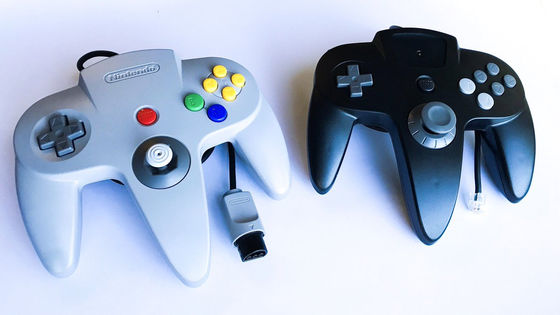 Mr. Battye calls the prototype of the NINTENDO64 controller that he got as 'Ultra64 Prototype Controller'. The name “Ultra 64” is the name of NINTENDO 64 overseas before the official name was decided. Although it is a prototype, the three-pronged shape is the same as the controller of the product version, and there is also a 3D stick in the center. 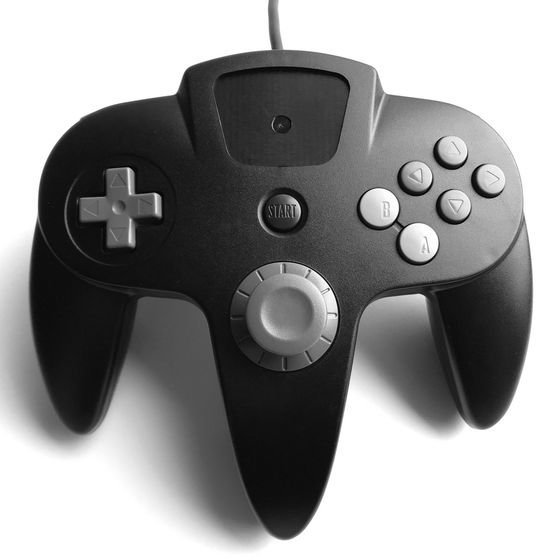 However, he says he uses a larger 3D stick than the final product version. According to Battie, the Ultra 64 and the controller were revealed by a press release with black and white photographs in 1995. 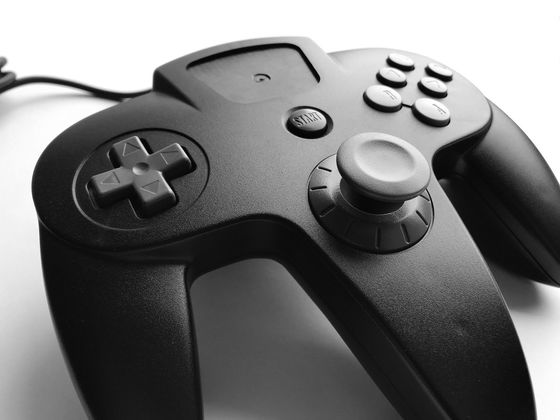 If you look at the entire controller before actually disassembling, you can see that

RJ-11 is used as a plug to connect the controller to the game console. About this, Battie says, “Why was it RJ-11 anyway?” 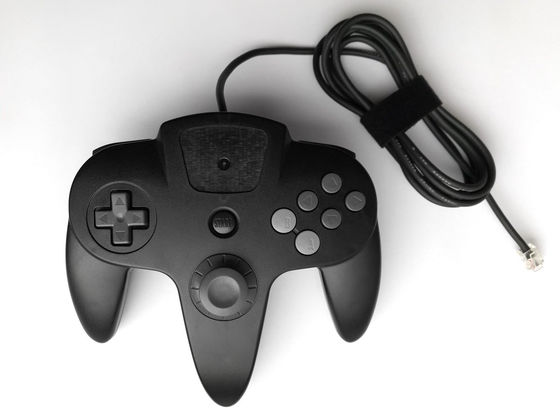 The reason for adopting RJ-11 for the terminal can be seen by looking at the development system installation guide distributed to NINTENDO64 developers. According to the 6th page of the guide, the prototype controller was designed to be connected to an SGI Indy (development machine) equipped with a development board, so RJ-11 was used. However, there is also an adapter for inserting the product version controller on the development board ... It seems that it is also suitable to use the product version controller on the development machine as follows. Therefore, the period during which the prototype controller was used may not be that long, says Battie. 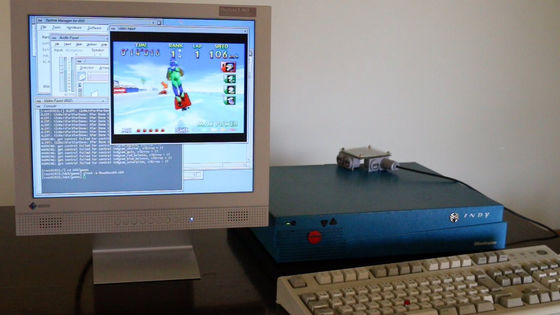 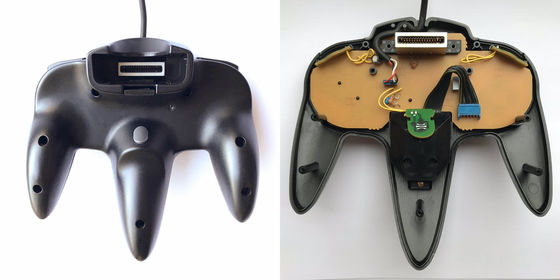 The internal board seems to be close to the product version, but the overall shape and mount point are slightly different. Also, on the right side of the board, letters A, B, C, D, E, and F and the six buttons are marked with alphabets ... 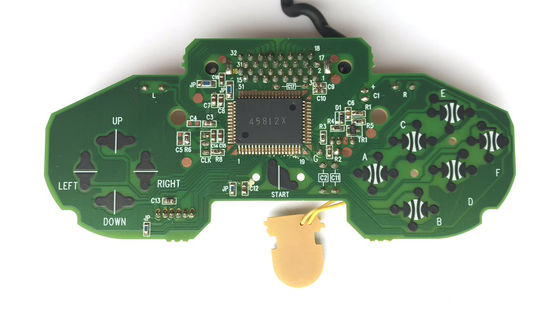 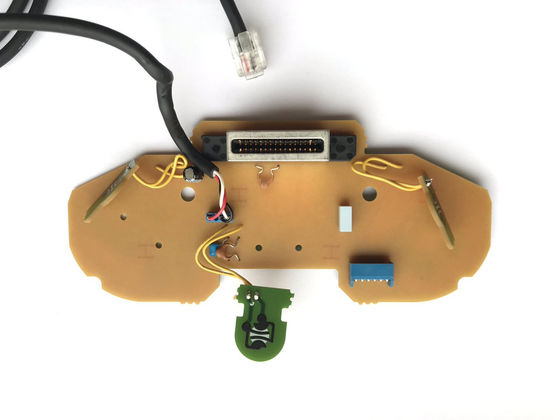 The arrangement of A / B buttons on the controller is somehow reversed. 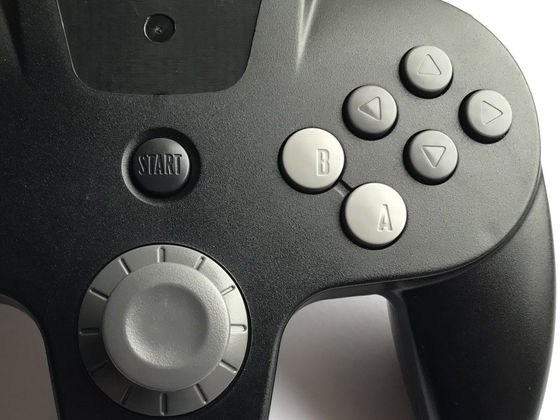 Looking at the board from an angle, it looks like this. The part where the controller pack is installed is quite high. 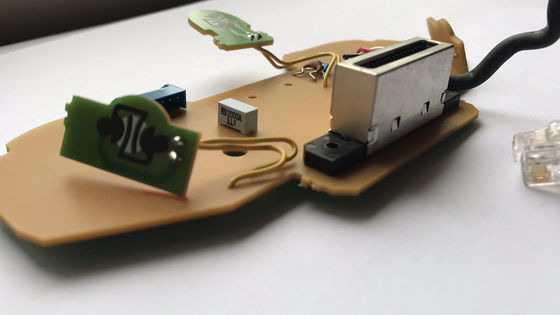 The biggest difference with the product version seems to be this 3D stick part, `` The tip of the stick has a wide and shallow cup shape, and the base part of the stick has an indicator mark indicating the direction of movement '' And Battie are analyzing. 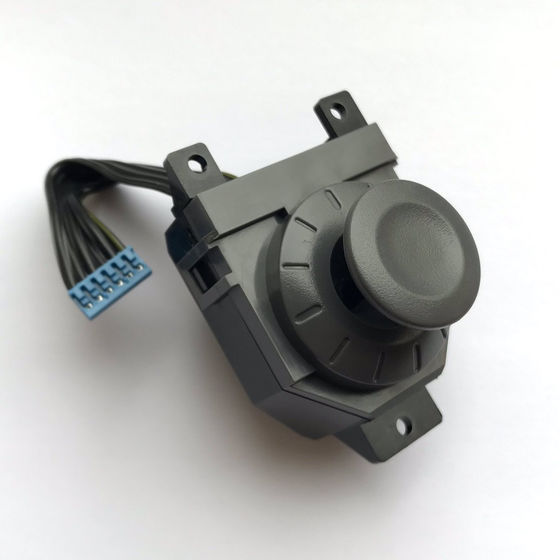 Although the 3D stick is similar in mechanism to the product version, it seems that the parts could not be disassembled apart. 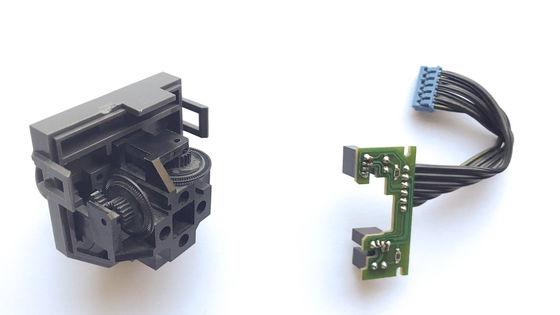 It seems that the fixing method of the stick part of the 3D stick seems to be different from the product version, but it was said that it could not be disassembled any more because of fear of breakage. However, Battie says that there is a possibility of dismantling again to get more detailed information. 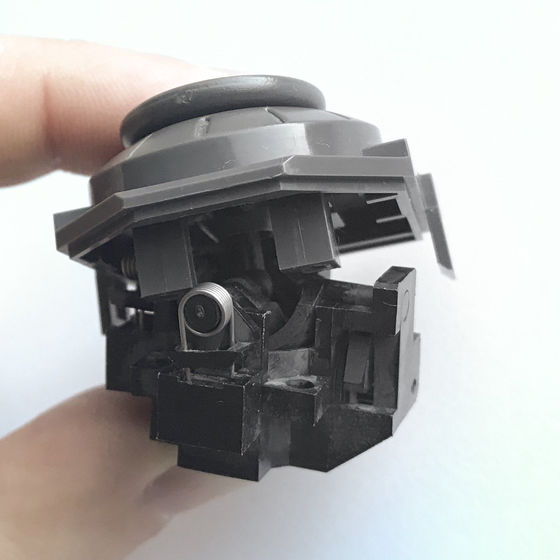 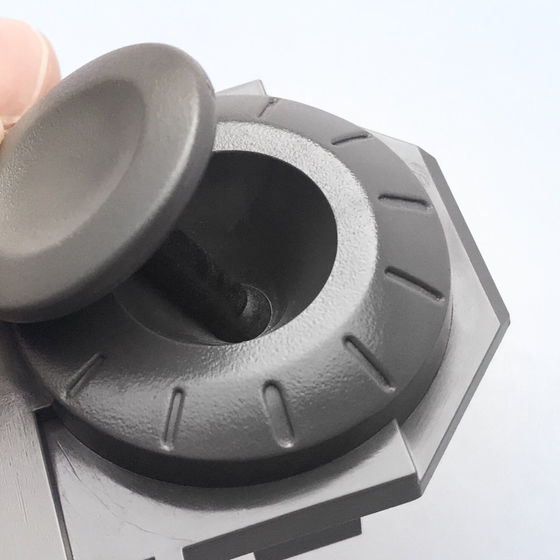