SpaceX , a space company led by Tesla CEO Elon Musk , unveiled a new Starship prototype on September 28, 2019. After completion, Starship will be used for the first civilian monthly trip scheduled for 2023.

11 years ago today, we launched our first successful mission.To date, we've completed 78 launches and have developed the world's only operational reusable orbital class rockets and spacecraft—capable of launching to space, returning to Earth, and flying again pic. twitter.com/5L0q9PJ90P

Normally, titanium and carbon materials are used for the exterior of spacecrafts with a focus on lightness, but the prototype exterior released at the SpaceX experimental facility in Boca Chica, Texas is made of stainless steel that shines in silver. Stainless steel is cheaper than carbon, but it is rarely used in modern spacecraft because of its strength.

Starship will be tested for launch and landing within two months, and it is planned to reach the Earth's orbit in about six months, `` If the test program goes smoothly, manned in 2020 It ’s also possible to start flying, ”said Mask CEO.

According to Mask CEO, Starship can carry up to 100 people to the universe, the moon, and Mars, but for Starship to go to the moon and Mars, managing and replenishing fuel is a challenge. SpaceX plans to refuel by connecting the bottom of two Starships, rather than docking and refueling the International Space Station. Regarding this plan, Mask CEO commented, “This is one of the key elements for building a base on the Moon and Mars.”

Starship will use in-space propellant transfer to enable the delivery of over 100t of useful mass to the surface of the Moon or Mars pic.twitter.com/pzCUebidZg

Starship will be used for commercial space travel in the future. The first project is a lunar orbital trip scheduled for 2023, and several members such as Yusaku Maezawa, former representative of ZOZO, will join this starship. 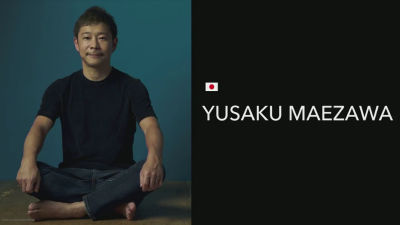 “This is the most exciting thing I've ever seen. It ’s an incredible job for a great team to build this amazing vehicle. I can work with such a great team. I ’m proud of that. ”

The public event of the Starship prototype can be seen from the following movie.