Why has Taiwan's identity changed so rapidly in just 20 years? In a 2016 poll in Taiwan, 80% of respondents said they were “Taiwan” and only 8.1% said they were Chinese. This result is the exact opposite of the results of public opinion surveys conducted in the 1980s and 1990s. The author and analyst Tanner Greer is analyzing why the identity changed so rapidly in just over 20 years.

Originally, there was no “Chinese” identity in China in the 1900s. Many identities of the Han people at that time were strongly associated with the villages and families where they were born, and only some intellectuals considered themselves “Chinese”. The intellectuals here are mainly Kiyoshi's great masters, but thinkers, activists, and politicians who are later inclined to the 54th Movement will also have a “Chinese” identity. These people believe that one of the reasons for the hardship China experienced at that time was the “weakness of national identity,” and nationalists developed national identity through political programs in the 1920s and 1940s. Constructed.

However, although 2019 is regarded as China, there is something missing from the construction of this identity. Taiwan was under Japanese rule from 1895 to 1945. Japan's rule was based on the imperial standards at the time, with economic investments and selection of local elites. Even after the war, Taiwan's reputation for the Japanese era is said to be positive, and there are some voices of nostalgia. Later, the Chinese National Party would intervene in Taiwan's politics, but the Chinese National Party, which has a strong hue such as the destruction and rebellion of the political system, and communism, was uncomfortable for the Taiwanese. At first, the Chinese Nationalist Party treated Taiwan as a treasure gained in the battle, but from around 1940, the corruption of political parties became prominent. In 1950, Chiang Kai-shek returned to the position of president, and the activities of the Taiwan National Government began in earnest. In this process, the entire region of Taiwan was put in martial state, and Taiwanese residents were subject to political repression by the KMT until 1987. In this context, Chinese nationalists have incorporated nationalism into Taiwan's industry, media and educational systems.

In the 1990s, when the Democratic Progressive Party had power, the confrontation with the National Party became clear. The Democratic Progressive Party has adopted the “ Resolution on Taiwan's Prospects ” which recognizes that Taiwan is already a state with independent sovereignty and that any change in status must be decided by referendum. During this period, the “rapid identity change” of Taiwanese people occurred.

In a country where thoughts are controlled like China, having a different opinion means getting into trouble. In such a national poll, it is very difficult to get people's real opinions. For this reason, the change in identity in Taiwan may be “a whole new consciousness has been born”, but it can be said that “opinions and expressions that have been repressed until then have appeared”.

To think about this question, Greer takes another “case of rapid public opinion change”. That is the opinion of Republican and Democratic supporters on US free trade. Looking at the graph below, we can see that the number of Republicans in favor of free trade has declined sharply since peaking in 2014. 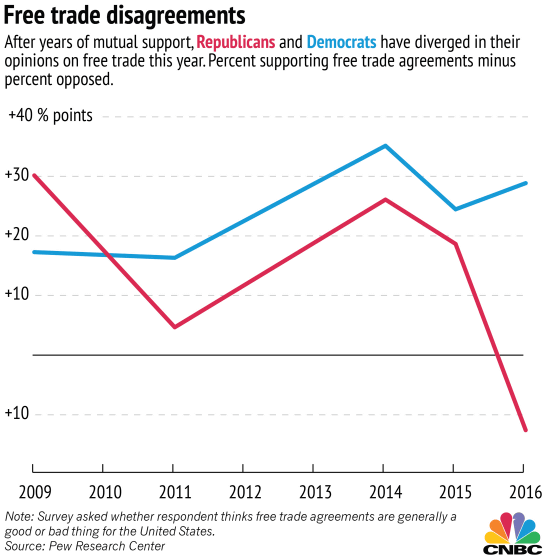 There was no censorship or dismantling of the national system in the United States. This is largely related to the role that political leadership plays.

People tend to identify themselves with the identity of the group, and also have the property of grouping society into “self” and “them”. These groups are identified by symbols, signals, norms, etc. Specifically, discrimination is performed based on dress code and behavior, and a sense of “appropriate” or “weird” comes from that discrimination. And many people act according to “what is considered to be accepted in the group”, in other words “ordinary”.

An influential leader or a respected leader is, in itself, a “identity” for someone. If such a leader accepts a new position, it would be 'reasonable' to change his opinion for those who identify the leader.

Taking President Trump as an example, suppose there is a Republican supporter man in his fifties. Men support Republicans because they oppose abortion. The man reads the newspaper, but does not have a deep understanding or interest in the economy and international trade laws. Men support free trade because the people he believes support free trade. However, once leader Trump begins to support the trade war, men who equate with the group will begin to reconsider their position. Men have respected Mr. Trump even when he had a different opinion. “Through Trump's strong opposition, for some reason, there seems to be a need to hear their opinions,” the men are actively thinking about trade arguments. Eventually, Mr. Trump will have the same opinion regarding free trade. 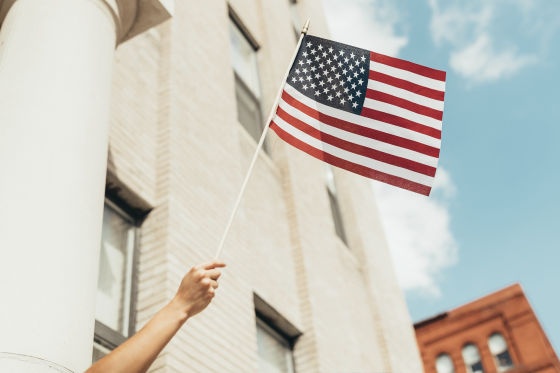 Let's go back to the topic of Taiwan again. Although Taiwan was under political repression by the KMT, there was a division in the society at the time when martial law was laid. For those who came from mainland China, their children, government officials, and supporters of the National Party, the administration at that time was supportive. On the other hand, people who originally lived in Taiwan were isolated and felt social anxiety and irritation. In terms of nationalism, Greer believes that the identity that makes such Taiwanese Taiwanese was the difference between these “ideas”. The censorship and political domination have moved away the identity of thought from the Taiwanese.

And when liberated from martial law, they were free to make limited remarks. The repressed remarks were intellectuals' “anti-Nationalist opinions”, so when the anti-National Party voice suddenly reached people, many remarked the remarks of intellectuals I thought it was something, ”and the idea was gaining support. This caused a sudden change in the identity of the group.

At that time, if there were no divisions between Taiwanese residents and KNP supporters, this would not have happened, Greer said. In order for Taiwanese people to acquire a new identity in the 90s, the division of people and the thought of making it a political issue were indispensable.

Greer also says that modern Chinese students tend to become more nationalistic and support the Communist Party when they study abroad or travel because there is no social division. The group to which the Chinese students belong is just a big group called “Chinese students” whose thought was controlled by censorship. For this reason, when other Chinese students are attacked from the outside, they feel as if they were attacked and will fight back. In a democratic society, political divide occurs, but in China, such a thing happens because authoritarian domination is freezing the division mechanism that should occur naturally Greer says.