`` See A Satellite Tonight '', a site where you can check where the International Space Station (ISS) shines in the night sky 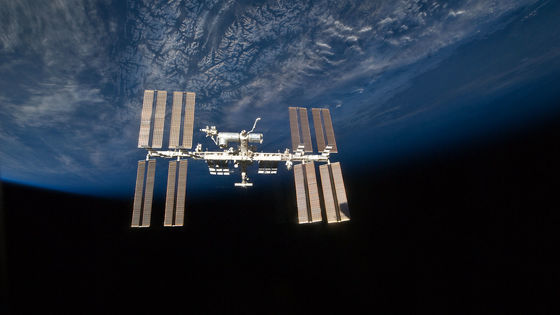 The International Space Station , known by the abbreviation “ISS”, is a space station operated in cooperation by the United States, Russia, Japan, Canada and the European Space Agency . The ISS orbits about 400km from the ground and goes around the earth in about 90 minutes. Therefore, if the conditions are met from the ground, it can be seen with the naked eye. “ See A Satellite Tonight ” that shows where the ISS is flying on the map is useful when you are concerned about where the ISS is flying in the night sky. 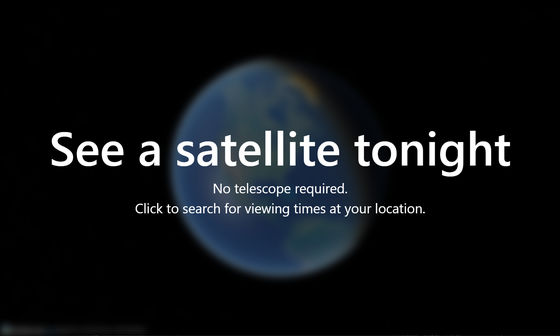 When you access See A Satellite Tonight, you will be asked for permission to use location information as follows, so click “Allow”. 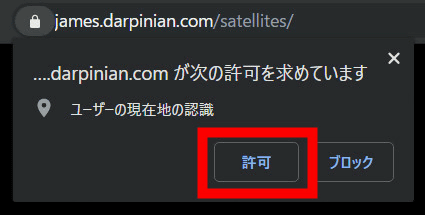 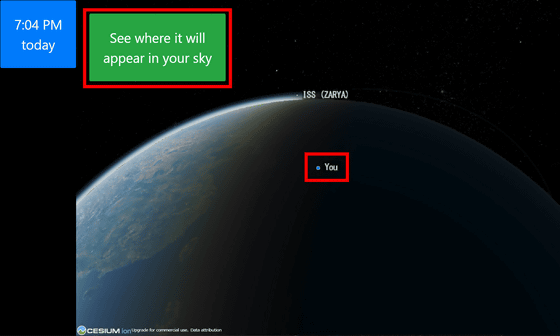 Then, a place near your location will be displayed in Google Street View. Rotate the screen and find the “ISS” display. As you can see on the screen, “Today's 19: 4”, you can visually confirm that “the ISS will pass this position at this time”. According to

the information on which direction the ISS published by JAXA looks like , on September 24, 2019, when the article was created, the ISS was in the north-northwest direction from 19: 5: 30 to 19: 6 Since it was displayed as visible, the display on the site seems to be OK in Japan time. On the screen, it is shown how the ISS moves, and it will move in the direction of the red arrow over 2 minutes 25 seconds. JAXA, which is responsible for Japan's space development policy, operates “ Fun! Fan! JAXA! ”, A site that distributes content to make the universe feel closer, according to the site. For example, it is visible from the ground with the naked eye. The timings that can be seen are `` the ISS passes over the sky '' `` Several hours before sunrise or after the sun set (the time when the ground is dark and the ISS is still in the sun) '' `` The sky is mostly clear It seems to be three.