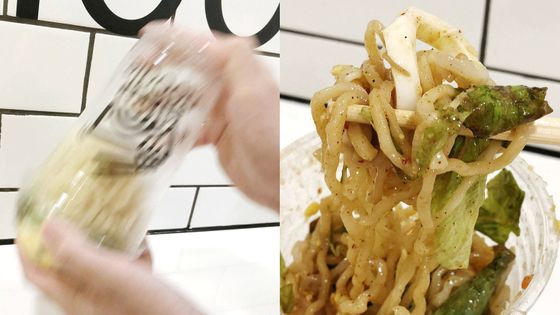 Ramen is originally Chinese food, but it has been brought to Japan and has a wide variety of flavors. As a result of such ramen being introduced to the United States, a new possibility of “ shake and eat ” was opened up. Even in Japan, there is a restaurant in Nakano that offers ramen that can be shaken and eaten.

“ SHAKER noodle ”, which offers ramen that can be shaken with a shaker, is a 5-minute walk north of Nakano Station, and is located near the south entrance of Nakano Broadway . There are 4 counter seats in the store. 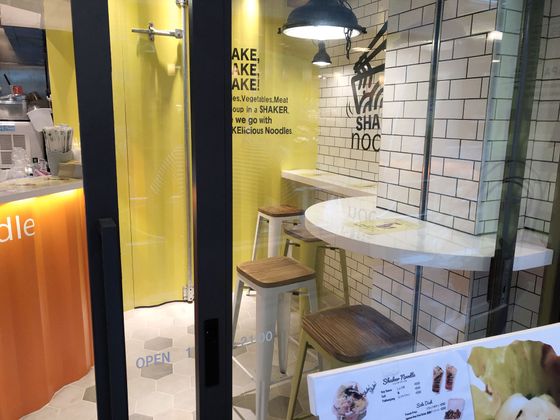 In addition to the “Shaker Noodles”, curry, hot dogs, and side menu French fries and fried chicken are also available. 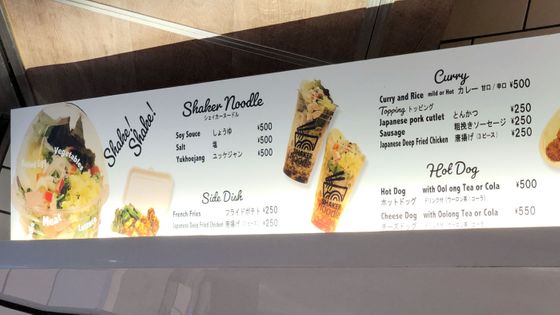 This is 'Shaker Noodle' (500 yen excluding tax). There are three flavors: Shio, Soy Sauce, and Yukjejan. The noodles are contained in a transparent plastic container with a lid instead of a bowl, and it looks more like a frozen drink than a ramen. The ingredients are the same for all tastes. Sliced boiled eggs, scrambled eggs, and ham can be confirmed on vegetables such as paprika, leeks, sprouts, lettuce, onions. 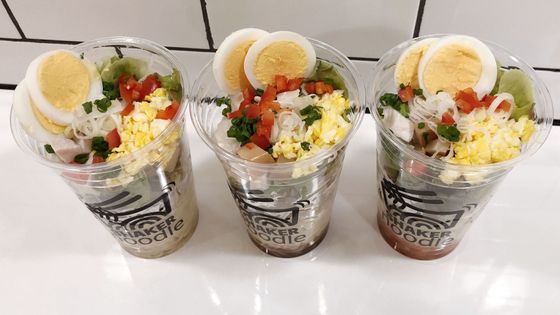 The difference in each taste is the sauce that accumulates at the bottom of the cup. Shake the shaker in order to make this sauce familiar. 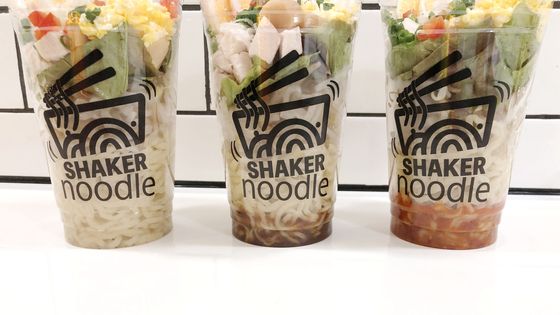 Hold the lid firmly and turn it upside down and shake until everything is mixed. 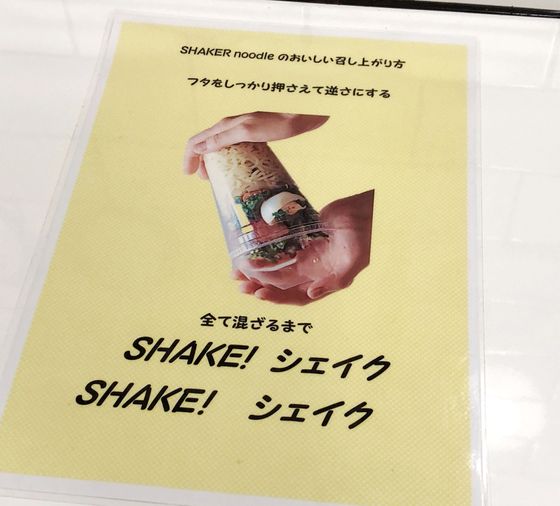 So try. The first thing to eat is Shio. The clerk told me to shake and mix well. 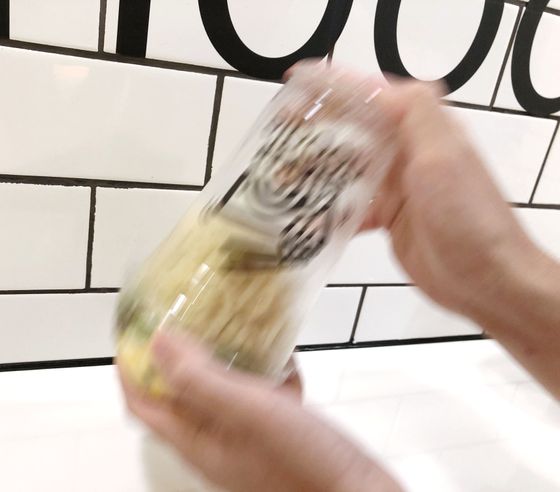 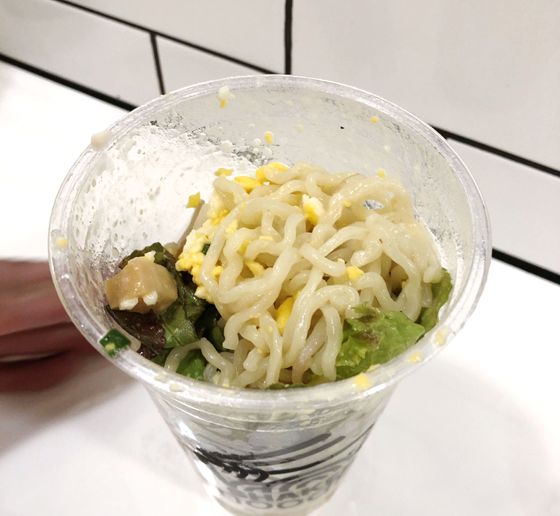 When you eat it, “Shio” has the impression that the salty sauce with the umami taste of meat matches the firm noodles. The richness of the ingredients, combined with the richness of the sauce, can be eaten even if it doesn't go full. However, if you think that you want to eat a little bit of vegetables because you only eat noodles, the container is elongated vertically, so you basically start eating from the top, and it's a little easier to eat as you like Difficult. 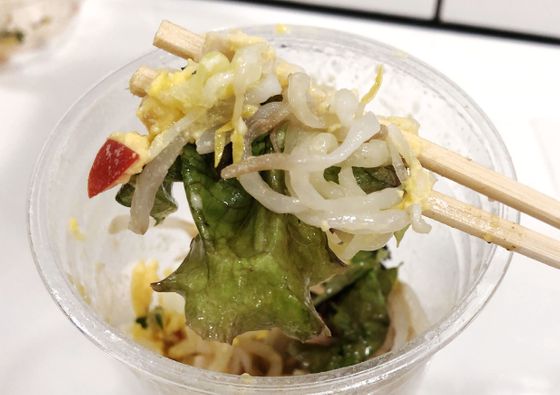 “Soy sauce” is not just a taste of soy sauce, it has a complex taste with overlapping umami and a depth. When I eat yukgaejang taste that appeal to the hotness and 'Recommended to those who love mon painful', to pepper

醬 taste close to Namur to join full-bodied like. The ramen that remains spicy from the beginning of eating until the aftertaste, and even editorial staff who like spicy foods can be said to be 'very hot'. 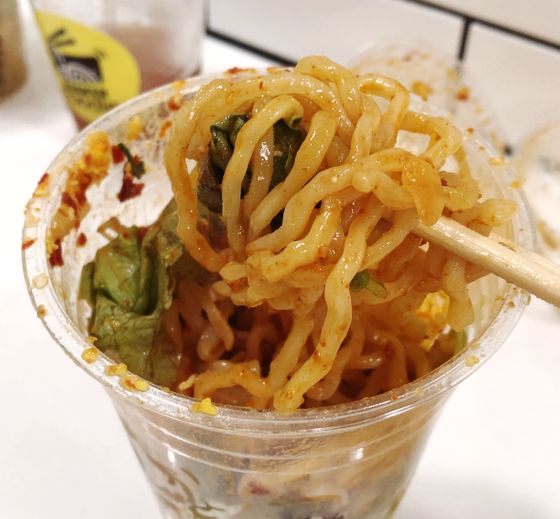 Shaker noodles have no soup and noodles are tightened with cold water, so it is more like chilled and mixed soba noodles than ramen itself. Before eating, I thought, “While ramen to shake and mix is different from“ salad noodles ”in a convenience store,” when I tried eating, it became more authentic ramen than salad noodles. I was betrayed in a good way.