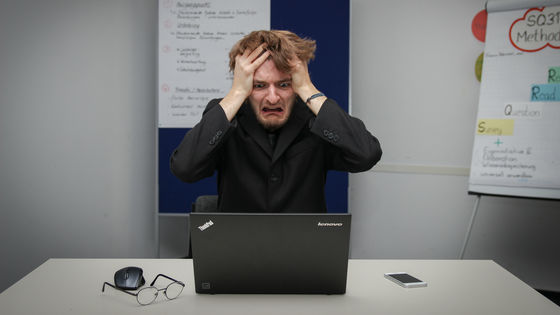 `` Star Wars Battlefront II '', an action shooting game that supports online multiplayer based on the Star Wars series released in November 2017, is a root box (gacha) prepared as an in-game charging element It is also a game that has become a big flame as it leads to Pay to Win . Since Gacha was regarded as a big problem, review of in-game paid billing was promoted domestically and overseas, and Apple's App Store, where many game apps are distributed, required disclosure of the probability of Gacha , in Belgium The gacha itself has become illegal . Such comments that whole world became the beginning of Gacha problems involving the Star Wars: Battlefront II publisher was officially mentioned for the game in the Gacha is, overseas bulletin board Reddit 'history's most low-evaluated in the comments posted on the It has become clear that it was registered in the Guinness World Record as a ' comment that collected '.

Made it to the Guinness book of world records, 2020: StarWars
https://www.reddit.com/r/StarWars/comments/d0hmpu/made_it_to_the_guinness_book_of_world_records_2020/

Star Wars Battlefront II has received a lot of criticism from users on the day of its release and announced that it will pause the in-game billing factor.

Announced the suspension of in-game billing on the release date of Star Wars Battlefront II. Put the root of the turmoil against intense user resistance | AUTOMATON
https://automaton-media.com/articles/newsjp/20171117-57805/ It is reported that the Star Wars Battlefront II in-game billing was pay-to-win and that Disney, the Star Wars rights origin, was involved.

“Star Wars Battlefront II” sales are below target, billing factor will be re-implemented in “next months”
https://jp.ign.com/star-wars-battlefront-2/21534/news/star-wars-ii

The community team of Electronic Arts (EA), the publisher of this work, responded to complaints on Reddit on the overseas bulletin board regarding the gacha problem of Star Wars Battlefront II, which caused a huge uproar over the in-game gacha. It was Reddit user -amsha- who discovered that the comment was registered in the Guinness World Record as the 'lowest rated comment in Reddit history'. When he was checking the 2020 version of the Guinness Book, he discovered an item called “Most-downvoter comment on Reddit”. The comments about Star Wars Battlefront II's gacha have received 683,000 negative reviews. This comment was written on the Star Wars Battlefront thread by the EA community team on November 12, 2017.

Seriously? I paid 80 $ to have Vader locked?: StarWarsBattlefront EA ’s community team said, “Gacha ’s intent is to provide players with a sense of accomplishment and pride in unlocking different heroes. The cost is based on open beta testing. In addition to adjustments based on milestones and rewards prior to launch, especially we check each player's average in-game currency purchase rate every day, We are constantly adjusting to set achievable goals that make us feel rewarding, so we can provide honest feedback on gacha issues from enthusiastic communities like Reddit, our forums, social media, etc. And our team is welcoming and we continue to make changes and Check to feedback, as often as you update all 'and posts.

At first glance, this comment seems to be unobtrusive, but since its submission, it has attracted about 683,000 low ratings. This comment is hated at an unrivaled level in Reddit's history, and the second most disliked comment is 89,906, so to the EA community team You can see how many negative ratings are.