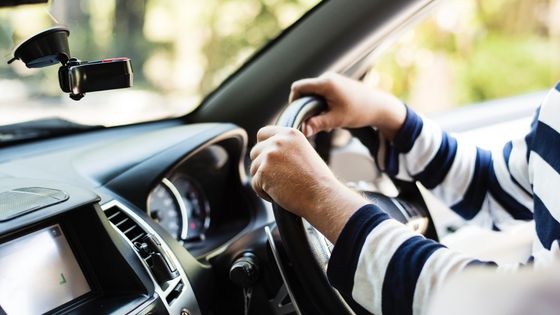 Amazon, which has grown rapidly in the online retail market, has gained the support of customers by offering a rich lineup of products that users want, as well as developing a distribution network to deliver products quickly. On the other hand, the severe labor situation of subcontracted drivers who are contracting delivery of goods from Amazon may be condemned, but Amazon is avoiding responsibility for accidents caused by subcontracted drivers and non-profit news Media / ProPublica reports.

How Amazon Hooked America on Fast Delivery While Avoiding Responsibility for Crashes
https://features.propublica.org/amazon-delivery-crashes/how-amazon-hooked-america-on-fast-delivery-while-avoiding-responsibility-for-crashes/

Amazon has invested heavily in building its own warehouse and building a transportation network, and can deliver it to users in just one or two days after many items are ordered. In addition, Amazon has hired small subcontractors and reduced the cost of hiring full-time employees in many countries to reduce reliance on existing carriers such as UPS for shipping.

According to a survey conducted by ProPublica, more than 60 large-scale accidents involving serious injuries and deaths caused by Amazon subcontracted drivers have occurred since June 2015 alone. Ten of them have died, but not only are reports that Amazon was involved in the accident in most cases, but many victims did not sue Amazon, There are many cases where Amazon's involvement is not shown in the records.

Amazon insists that 'I am not liable for accidents caused by subcontractors,' and subcontractors and Amazon have entered into contracts where Amazon is not legally liable in the event of an accident. However, ProPublica pointed out that Amazon clearly manages the subcontractor's work. Amazon tells the subcontracting driver the order and route of delivery via the application and monitors that the delivery is not delayed in time. Amazon offers a safety training program for subcontracted drivers and claims to spend a lot of money to improve the safety of the entire distribution network. However, in many of the accidents caused by subcontracted drivers investigated by ProPublica, the Amazon logo was not included in the vehicle on which the driver was riding, and small trucks and vans owned by individuals and other companies were used .

ProPublica pointed out that it is very difficult to understand how many Amazon subcontracted drivers actually had an accident because Amazon has not disclosed the information. In the United States, Federal Motor Carrier Safety Administration regulates trucks and collects accident data caused by trucks, but small cargo vans used by Amazon subcontracted drivers are not regulated and included in the data collection scope. It is not.

Amazon also avoids putting the Amazon logo on vehicles used by subcontracted drivers, making it difficult to understand from the outside that even if a subcontracted driver has an accident, Amazon is involved. Amazon, for example, a city called Braintree in Massachusetts tried to set a regulation requiring that `` vehicles that deliver goods from Amazon warehouses be labeled with Amazon '', whereas Amazon said `` the labeling request is unreasonable 'We have filed a lawsuit .' Amazon's shipping service has evolved to an unbeatable level, and the proportion of subcontractors in the distribution of Amazon products in the United States is also increasing. In 2015, subcontractors accounted for less than 3% of Amazon's distribution network, but rose to 23% in 2019. It is expected to be about 43% by 2024. 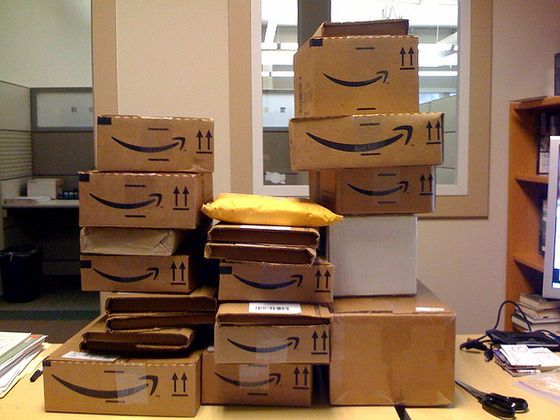 Amazon builds a network of subcontractors by offering an Amazon Flex app that attracts private business owners. ProPublica pointed out that this system enables anyone to work as an Amazon subcontract driver, but the delivery driver for the product is an occupation with a risk of accidents. For example, UPS trains drivers in multi-million dollar facilities and learns how to avoid accidents using training courses using VR and real obstacles.

On the other hand, it seems that the safety training that subcontracted drivers registered with Amazon Flex receive is at most about a training movie that can be viewed on a smartphone and a booklet of about 40 pages. There seems to be an accident that a 70-year-old driver who actually registered with Amazon Flex caused an accident in 2017 and died.

Also, it is known that there is a high risk of accidents when making a left turn across the opposite lane at the intersection (right turn in left-hand traffic in Japan), and a delivery route such as UPS that outputs a delivery route that does not make a left turn is known. I'm using. However, in Amazon, the algorithm to output this safe delivery route is incorporated only in some subcontracted drivers. 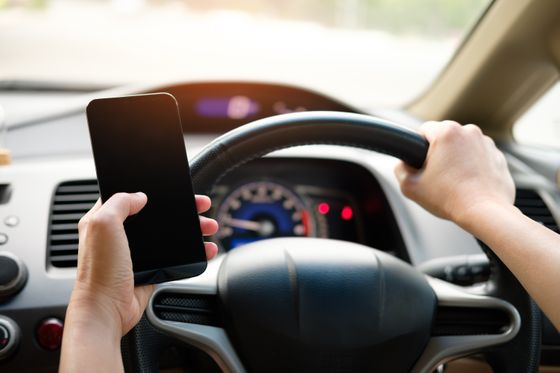