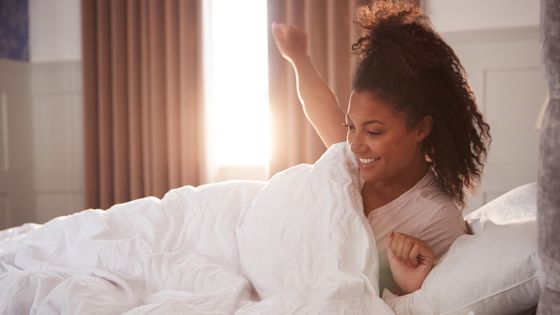 It is said that the risk of developing various diseases increases when sleep time is less than 7 hours, but there are people called `` short sleepers '' who can stay healthy even with sleep much shorter than 7 hours Is known. Meanwhile, a paper was published that the secret of the gene of short sleeper was finally elucidated after 10 years of research on short sleeper.

The research team led by Professor Ying-Hui Fu, who is studying sleep at the University of California, succeeded in identifying the gene for the short sleeper. In fact, Professor Fu discovered the DEC2 gene related to short sleepers in 2009.

Details of Professor Fu's research and the DEC2 gene at that time are described in detail in the following articles.

What is the difference between people who need very short sleeps and normal people? -GIGAZINE 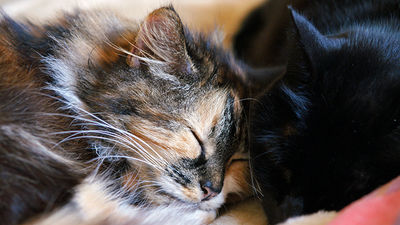 Prof. Fu found out that `` congenital short sleeper (NSS) '' that does not depend on caffeine and other lifestyle and lifestyle habits is caused by mutations in specific genes. Since it was a very rare case, it was not possible to explain all NSS.

Therefore, Professor Fu and his colleagues analyzed genes by paying attention to families that have produced short sleepers for three generations. As a result, DEC2 was not detected, but a new variant of the gene called “ β1 adrenergic receptor gene (ADRB1) ” was discovered. Prof. Fu named the type of short sleeper discovered this time as “familial NSS (FNSS)” because the characteristics of ADRB1 mutations are inherited by the family.

The backside of the bridge is the part that is said to be involved in the mechanism of sleep and wakefulness. When the research team stimulated neurons that expressed ADRB1 in the mouse brain, the mouse immediately woke up and started working even though it was in deep sleep, non-REM sleep . Additional experiments have shown that mice carrying the ADRB1 mutant gene have significantly more neurons that promote wakefulness than normal mice.

This study has identified a gene that causes FNSS to sleep for a short time, but it still has unexplained mysteries. According to Professor Fu, FNSS is not only short sleep time, but also an optimistic and energetic personality and good at multitasking. Furthermore, people with FNSS have a high pain threshold, which is the lowest value of the stimulus that is perceived as pain, and they are not related to jet lag and may even live longer. Since these characteristics cannot be explained by ADRB1 alone, Prof. Fu and co-author Prof. Louis Putacek believe that there may be another gene that supports the health of FNSS.

Professor Fu said, “If we can find a gene that can be a short sleeper without being negatively affected, we can not only save people suffering from sleep disorders, but also bring healthy and efficient sleep to everyone. I should be able to do that, 'and was motivated to do further research.