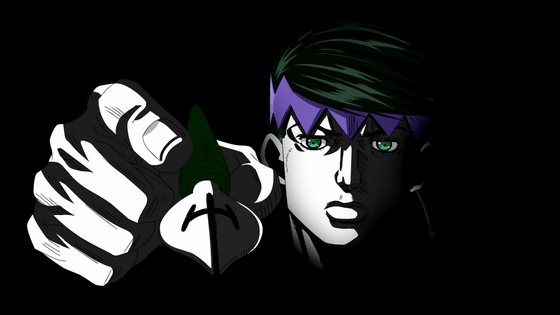 As the latest plan of the anime series of `` JoJo's Bizarre Adventure '', the decision to produce the new work `` Repentance Room '' `` The Run '' of `` Ryoko Kishibe does not move '' which 2 episodes have been OVA so far has been announced It was.

[JoJo's Bizarre Adventure] animation series latest plan “Ryu Kishibe does not move” new OVA “Repentance Room” “The Run” production decision! ! ]
Also, together with the new OVA, the nationwide six-city screening tour “Kikiki Sanroku” will be held around Tokyo, Nagoya, Osaka, Hiroshima, Sendai and Omiya! ! Takahiro Sakurai, who plays the role of Roh Kishibe, will be on stage for all performances! ! #jojo_anime pic.twitter.com/mREzWNqJZn


We have also decided to hold a tour “Kikiki Sanmonroku” to screen these 2 OVA works in 6 cities nationwide. The tour will include a special talk show with Takahiro Sakurai, who plays the role of Rohan Kishibe. Advance reception for tickets will start on Wednesday, October 2, 2019.

“Kishibe dew does not move” moves.
I'm really happy to be able to taste the best of the world with the best mud.
Travel around Japan on the “Screening Tour” !!!
Let's step into his strange world!
You like Jojo! I have to look at the taste properly ...

This is the third OVA version of “Kishibe dew does not move”. The first work is “Fugo-mura”, a 2017 “JoJo's Bizarre Adventure Diamonds Can't Break” Blu-ray & DVD purchase bonus.


The second film is “Rokukazaka”, which was included in the special edition of the second volume of the book released in July 2018.