Why should I not kill spiders in my house? 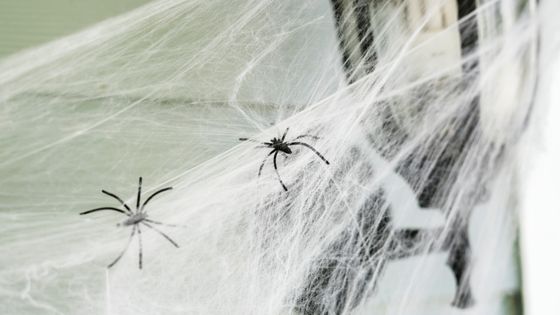 Should I kill spiders in my home? An entomologist explains why not to
https://theconversation.com/should-i-kill-spiders-in-my-home-an-entomologist-explains-why-not-to-95912

Spiders are often disliked because they don't look good, but Matthew Bertone, who studies insects at North Carolina State University , said, 'Spiders play an important role not only in the outdoors but also in the indoor ecosystem. , 'He calls for a spider not to be killed.

Mr. Bertone pointed out, “Many people tend to think that the outdoor and indoor environments are isolated, but that is not the case.” Many spiders have entered the indoors from outside, and some species have built nests indoors to live happily and sometimes give birth to children. Most spiders do not meet humans and are neither aggressive nor dangerous, and even benefit from eating pests for humans.

Bertone and colleagues surveyed 50 homes in North Carolina to see how inhabited by indoor insects, spiders, centipedes and other arthropods . As a result, spiders were found in all homes, indicating that spiders are very familiar to humans. The most common species, that live in the house Theridiidae and pholcidae that of the spider there were many. Both the spider and the spider are spun around to create a spider web and wait for the prey to get caught. Some species of the family Spiders leave their nests, go to other spider webs, pretend to be caught in the nests, and eat the nest's master.

Bertone says spiders are specialists that catch other insects, and are also beneficial insects that capture annoying pests and mosquitoes that carry disease. Therefore, if you kill a spider in your house, you will kill a predator who will reduce the bad insects that live in your house.

Certainly spiders look bad for humans, and some entomologists don't like spiders. However, spiders do not harm humans, but rather try to avoid them. Some spiders have poison, but Bertone pointed out that it is very rare to be bitten by spiders, and if the spiders are unavoidable, please let the spiders escape outdoors Said.