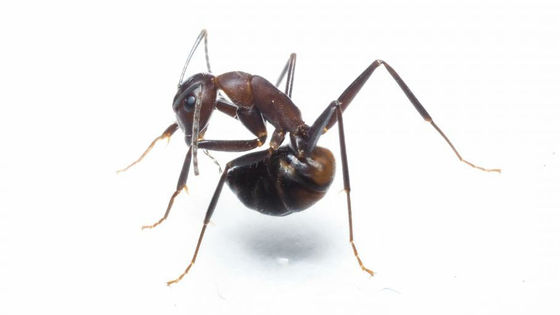 formic acid (formic acid), which was thought to be mainly used by ants for attacks, a new research result was announced that ' by licking formic acid, ants kill harmful microorganisms in the body .'

Ants swallow their own acid to protect themselves from germs
https://pressemitteilungen.pr.uni-halle.de/index.php?modus=pmanzeige&pm_id=5137

Ants Slurp Their Own Butt Acid to Protect Themselves From Germs
https://www.sciencealert.com/ants-slurp-their-own-butt-acid-to-protect-themselves-from-germs

'Ant kills harmful microbes by taking formic acid into the body,' said Simon Tragast, a zoologist at the University of Martin-Luther-Hale Wittenberg in Germany. Strange to the habit of 'licking his own tail every time an ant eats and drinks,' Tragast sought to figure out what this habit meant.

The first experiment was to see if ants actually lick formic acid when licking the tail end. When the pH level of the lumen was observed after feeding Camponotus floridanus (Florida carpenter ant) with honey water as food, the acidity became stronger with the passage of time, and after 48 hours, the pH was classified as strongly acidic '2'. Has dropped to.

From this result, Tragast et al., Who said that ants are ingesting formic acid by licking their tails, conducted a survey to 'prevent ants from licking their tails.' Taking advantage of the ant's habit of becoming rigid when the body temperature drops, we conducted a survey to feed Florida carpenter ants with food containing pathogenic bacteria and then cool them with ice to make them rigid. For ants that ingested pathogenic bacteria, we investigated whether the survival rate changed between 'individuals who licked the tail end' and 'individuals who could not lick the tail end'. 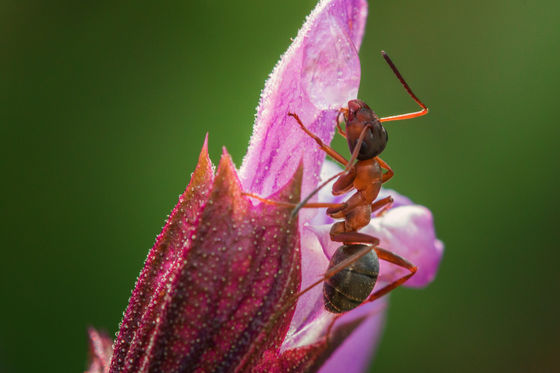 In addition, because ants have a habit of handing food to their nesting companions by mouth and mouth, Tragast and colleagues point out that 'infection in the colony may also be suppressed.' He argued that 'formic acid is the cause' of the previous research results that 'there are few microorganisms other than acid-resistant microorganisms in the digestive tract of some ants.' 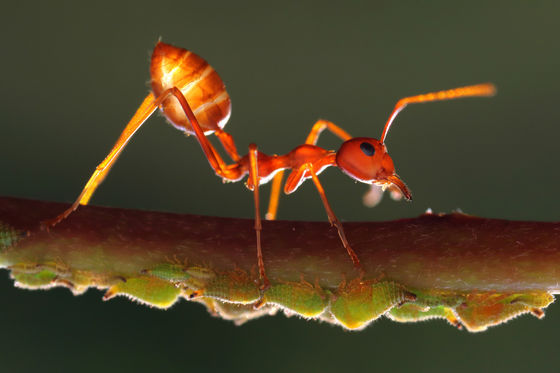 'I didn't think I was taking formic acid for digestion because the ants were licking their tails just by drinking water. I figured out why they were taking formic acid,' said Tragast. I wanted it. ' In 2013, Tragast also published a study that ants use formic acid to remove harmful fungi attached to larvae, mainly used to ward off predators such as insects and birds. We are discovering new uses for ant formic acid, which has long been thought to be known.