Is there an effect in 'LICKI Brush' that aims to increase intimacy by licking cats? 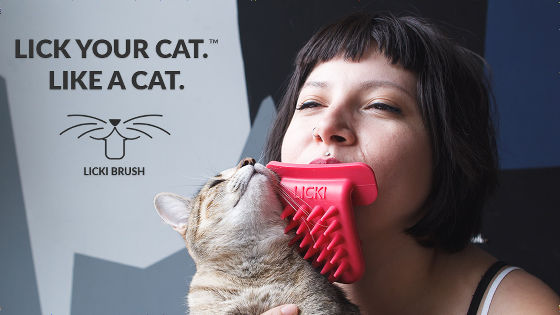 In order to solve the problem that “human beings can be licked unilaterally from cats at the same time, human beings are ejected from the grooming circle while cats are licking with their tongues and

grooming is increased.” “ LICKI Brush ” has been developed to enable grooming. Is LICKI Brush really effective in deepening ties with cats? So, its practicality has been confirmed.

LICKI Brush is an item that can be attached to a human tongue and groomed with a cat to make the relationship with the cat much closer. Kickstarter, a crowdfunding platform, solicited investment and collected over 52,000 dollars (about 5.5 million yen) for commercialization. The price is $ 25 (about 2600 yen). 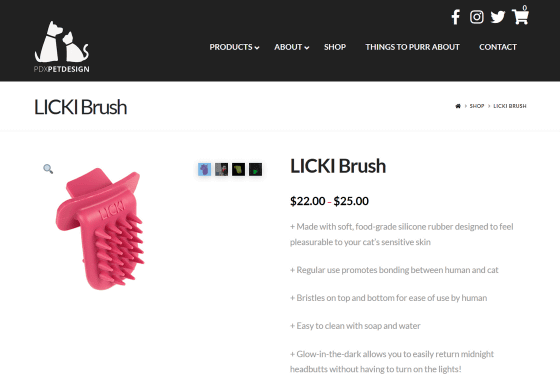 Cats use grooming to lick their opponents with their tongues as one way to strengthen social bonds, but humans are out of the grooming circle ... LICKI Brush has been developed. 'You can build an intimate relationship with a cat, just like a mother cat ties up with a kitten,' the developers say. 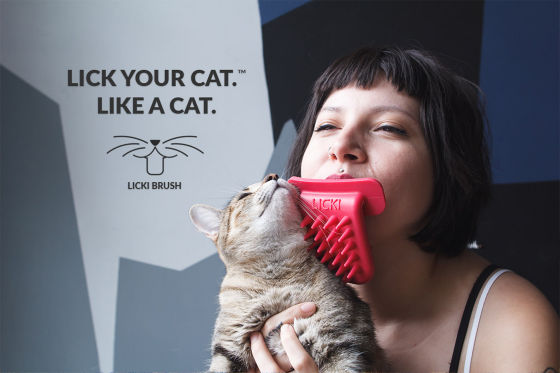 This is LICKI Brush. It is made of food grade silicone and is designed to give joy to the delicate skin of cats. Cleaning can be done with water and soap. 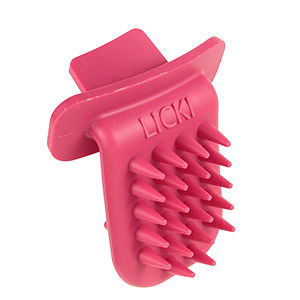 Because it glows in the dark ... 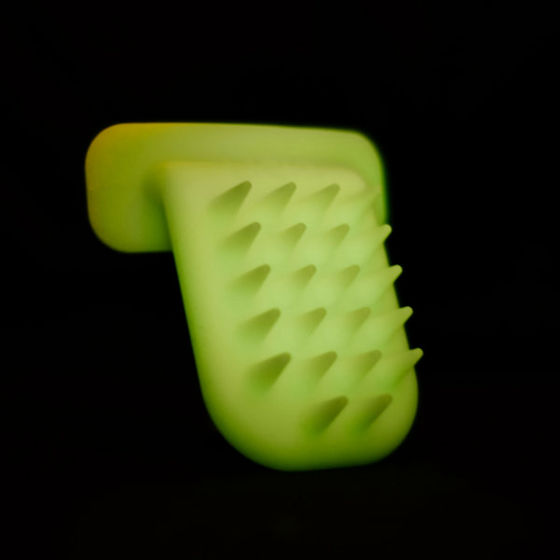 Even if a cat gets sweet at midnight, it is possible to find and use LICKI Brush without turning on electricity. 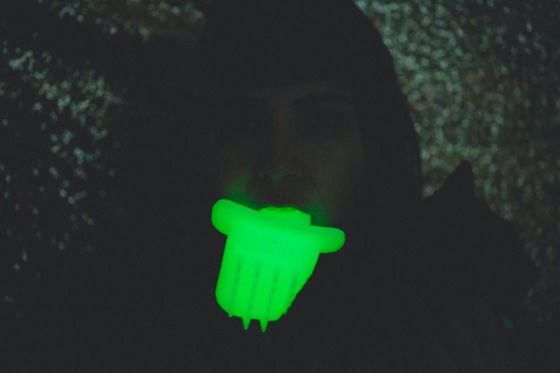 You can see how you are actually grooming with the cat from the following movie.


The LICKI Brush was actually used by David A. Graham , a writer from TheAtlantic.

Does My Cat Want Me to Lick Her Back?-The Atlantic
https://www.theatlantic.com/science/archive/2019/07/does-my-cat-want-me-lick-her-back/594988/

Graham, who bought LICKI Brush on Amazon, first thought of looking at his hard 4 inch tongue (like an old spiked basketball shoe). On the back of LICKI Brush, there is a protrusion that the owner holds, but this seems to be a big mouth guard.

Graham's domestic cat Nelly hated brushing, so if you use LICKI Brush, you might be bitten or pulled by Nelly? However, that was not the case. Nelly seemed to smell the LICKI Brush worn by Graham at first, but after a few minutes, he began to groom by LICKI Brush while closing his eyes and closing his eyes. Nelly likes to be groomed on her back and tail, and begins to cry out happily.

On the other hand, holding the mouthpiece of LICKI Brush for a few minutes caused the jaw to hurt, and saliva accumulated in the mouth, making it uncomfortable. In addition, the cat's hair never enters the mouth, but it entered the nose and eyes, Graham wrote that neither the cat nor the owner was able to groom for a few minutes in a comfortable state . However, according to Graham, whether it feels comfortable depending on the nature of the domestic cat, there are people who dislike cats, if someone says `` I will continue to use LICKI Brush because the cat will love anyone who laughs '' It seems that there was.

Mikel Maria Delgado , a researcher at the University of California at Davis, agrees that `` cats strengthen bonds with grooming, '' but `` according to 1998 research, one third of grooming ends in hostile behavior It is shown that there is. ' It has been shown that grooming cats can tolerate grooming, and that grooming with LICKI Brush can make cats uncomfortable. 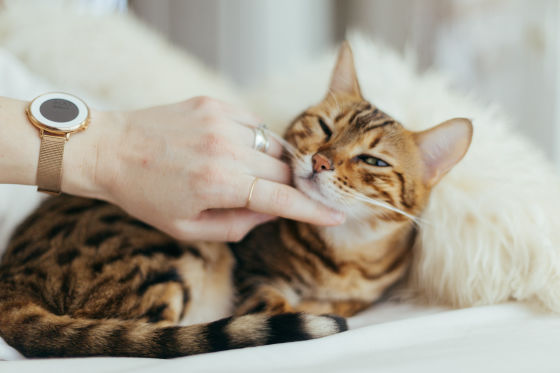 Graham's domestic cat Nelly was very pleased with grooming with LICKI Brush, so Graham was grooming against Nelly for a while while feeling pain in the neck and jaw, but finally He succumbed to pain and started using LICKI Brush by hand. However, Nelly showed comfort in response to this, so “LICKI Brush is an effective tool for strengthening ties. Even without the action of LICK,” Graham said. I conclude.