Why did the lie detector continue to be used despite being unreliable? 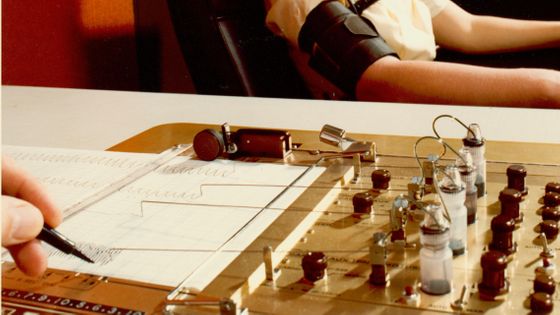 Polygraph test ' is a test to distinguish whether a subject knows a specific fact from measured values of biological data, and was once used as 'a lie detector'. Professor John Baessler of the Department of History, Saginaw Valley State University in the United States, continues how such polygraph inspection has been used even though it is considered 'unreliable.'

As an example to understand the history of polygraph inspection, Professor Baessler cited Francis Gary Powers 's U-2 shooting down case . Powers was tasked with CIA's U-2 reconnaissance aircraft to spy on important sites such as military facilities from the Soviet Union airspace, but it was shot down on May 1, 1960, by the Soviet Air Defense Force's surface-to-air missiles. . Powers descended safely with a parachute, but when it was rescued by the locals, it was revealed that he was a spy.

Powers is put on the open trial in the Soviet Union as it is and confesses the spy act. He is sentenced to ten years in prison and sent to Siberia, but is released in exchange for Colonel KGB arrested in the United States in February 1962, about two years later, and returns to the United States.

Waiting for Powers to return was accused by the public that they did not dispose of aerial film or U-2 reconnaissance parts at the time of their arrest. In addition, the signal from the U-2 reconnaissance aircraft just before shooting down showed that it was flying at a lower altitude than specified, so that 'it was flying at a low altitude that was shot down by missiles The suspicion comes up that 'is the cause?' Powers denied the allegations, and the CIA insisted that spyings were uncovered during the Cold War, claiming that Powers is innocent. 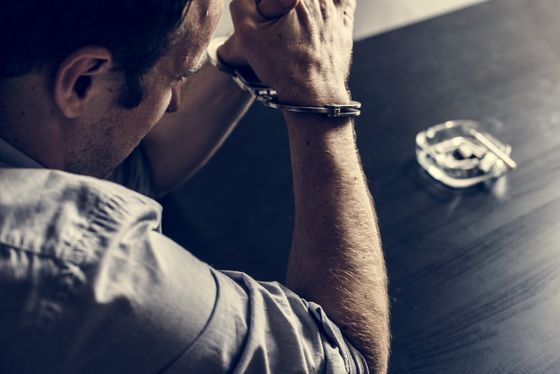 Secretary of the CIA, John Macone, established a commission of inquiry with the help of a federal judge. Powers was charged with medical examinations, background checks, interrogations, and polygraph testing. According to the documents released by the Inquiry Committee, 'Powers hated polygraph testing, but was willing to test itself to prove its innocence. Results of polygraph testing conducted under the initiative of an expert. According to, there were no signs that Powers had said the truth, 'he said. The results of this polygraph test reaffirmed Powers as a well-appointed American soldier.

On the other hand, the testimony by Powers himself is different. According to Powers, the interrogator kept an attitude that he did not believe in his testimony, saying, 'If you don't believe in my testimony so much, I will be happy to take a test of a lie detector!' Seems to have exploded. An interrogation officer returned to such Powers, saying, 'If you say so, I will use a lie detector for all the testimonials you have made,' and Powers felt that 'I was caught in a trap.' 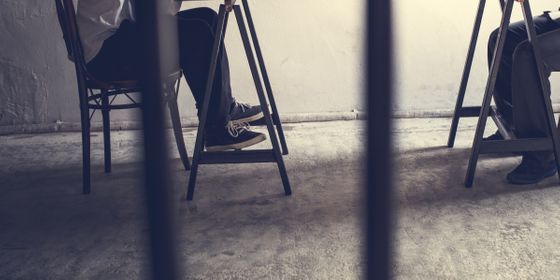 Baesura Professor, from the fact that there is a discrepancy in the conclusion and the Powers own testimony of the investigation against the Powers of the CIA, 'what are lying, what does not have a' polygraph test rather than those to elucidate the scientific, 'polygraph Those who passed the inspection are innocent, ' he concludes that it was used as a device to convince the public .

According to Professor Baessler, this is also indicated by the CIA's move towards polygraph testing. The CIA has used polygraph testing extensively for internal investigations shortly after its establishment in 1947, but in 1974 abolished polygraph testing for internal research. On the other hand, CIA continues to insist on the importance of polygraph inspection from the outside, and in 1980, the effectiveness of polygraph inspection was substantiated from the use history for more than 30 years of the CIA safety commissioner's chief. It is said that there is a statement left.

During the Cold War, polygraph testing was also used to find spies. However, CIA agent Aldrich Ames , who was a co-operator of the Soviet National Security Board (KGB), was a confessed member of the CIA, despite being 'suspicious' in polygraph testing in 1986 and 1991, respectively. Therefore, it is known that it was swept away and arrested in 1994 after a thorough investigation by the CIA and FBI, and Professor Baessler said, 'Communist spies have never been found in polygraph testing. '.