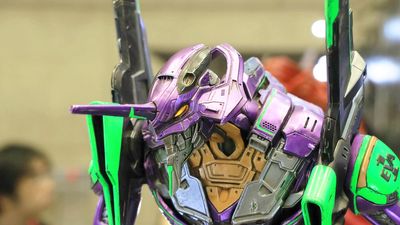 At the site of

Wonder Festival 2019 (Summer) , which has been held since July 28, 2019, the first ever Eva machine with exceptional quality has appeared, so I quickly saw it.

Arrive at the booth of Prime 1 Studio. This is the first EVA ever to appear. It looks like this when it turns to the right and looks at it. In addition to the fine details, war dust that is attached to the rim of the armor etc. is firmly reproduced by careful There are the ruins of the power plant of 3rd New Tokyo City and the crashed VTOL . And it is the half body of the fourth apostle who was severely damaged that the first Eva machine was dragging with the left hand. In the TV anime version, it appeared as the third apostle 'Sakiel' and had a fierce battle with Eva's first aircraft. In the right hand, the blade of the weapon that seems to be a progressive knife emits a dull light. 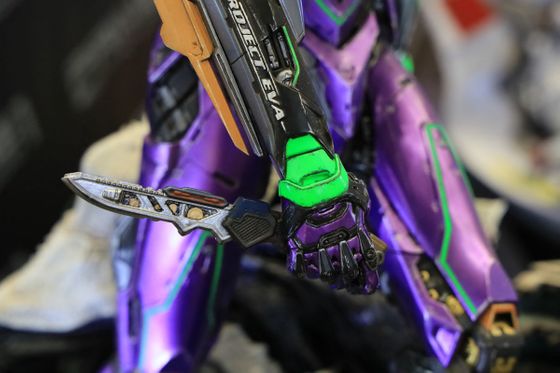 The arm of the apostle grabbed the building, and it was foreseen that the battle was not completely over even after the sex was decided.