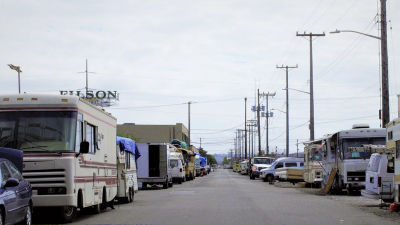 In the United States, housing costs have risen abnormally, so there are many people who take the option of living by car rather than at home. In the case of car living, unlike homeless people, there is a fact that they can not receive social services even though their lives are poor because there is a residence.

Graham Pruss , an anthropologist at the University of Washington, is out in the search to help rescue people in the car market.

Without parking, thousands of Americans who live in vehicles have nowhere to go
https://theconversation.com/without-parking-thousands-of-americans-who-live-in-vehicles-have-nowhere-to-go-114256

It has been pointed out in the United States that an increasing number of young people choose to live by car instead of housing. However, the United States Department of Housing and Urban Development has been unsuccessful since 2005 when trying to figure out the number of people living in such a car. 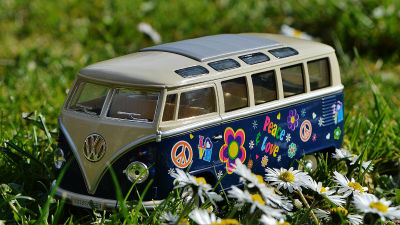 The reason is that there was no distinction between homeless people and people who spend their spare time after retirement. In the United States, there are retirees who enjoy car living in warm regions in the cold season while having a main house, and are called 'Snowbirds'. Because there is no way to distinguish between the two, the report of the Ministry of Housing and Urban Development, which grasps the number of people living in shelters and public places, has excluded all people living in RV . However, many of the people who live in RV without any other means can not escape even if they want to get out of their car life without having savings and balances. On the other hand, people who can afford to pay for parking spaces are not eligible for relief, and carers feel that they are being blocked by social services and local communities.

In Seattle, a booming economy over the past 25 years has made housing costs so high that homelessness has increased. In King County with Seattle (PDF file) From 2008 (PDF file) In the decade of 2018, the number of people living in cars and trucks increased from 881 to 3372.

As a non-profit organization, Pruss made contact with 1,500 people who live in the car, saying that in order to protect the people in the car life, it is first necessary to know the exact number. People who live in cars can be single people or families, so there are various reasons for living with cars, such as disasters, employment problems, and rising housing costs. Many people choose to live as a vehicle to live in the area they are accustomed to while avoiding unusually high housing costs, and some people choose to live while getting high compensation from tech companies .

From the following article, you can actually read the actual conditions of people who live in cars at company parking lots while earning 17 million yen as an annual income while working at Google.

'Eat and eat at work and sleep'-Google-GIGAZINE 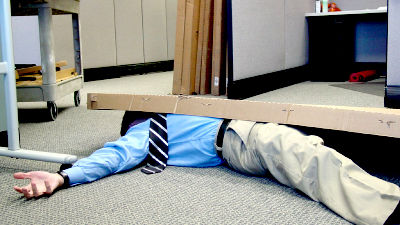 1: The front or rear window of the car is blocked
2: One of the left and right windows is blocked
3: There is dew condensation not frozen on the inside of the window
4: At least one window is partially open
5: A generator, a bicycle, a storage container, etc. showing residence such as a car attached
6: A plastic container containing a large number of items is placed in the car or next to the car

Seattle and King County conducted homeless census in 2017 and 2019 using this indicator. According to this indicator, the number of people who live by car accurately could be counted without disturbing the resident's life. According to the 2018 survey using the index, it was shown that 53% of people living outdoors in King County are car-friendly. The next step after recognizing the residence of people living in cars is to provide those who need protection with the safe space they need for living in cars. Many cities call for people to move, but this approach adds to the cost of social services and law enforcement agencies, as well as isolating and destabilizing people. Residents have no choice but to park their car in a public car park, as there is no parking space associated with social services in Seattle, as in any other city in the United States. There is always the risk of such people being fined without permission and being wrecked, and there is a problem that they can not be stable forever.

In the situation where many communities have difficulties in having shelters as buildings, there is a reality that many people make their cars residential. Cities and states should take this reality and provide a safe place to access social services, Pruss said.