An official report of the UN High Commissioner for Human Rights, which shows how much level of disparity and poverty has reached the United States Philip Alston, the worldwide authority of the International Human Rights Act, visited the US and traveled to California, Georgia, Puerto Rico, West Virginia, Washington DC, with experts from various fields, civil society organizations, homeless people and many others I am disclosing "the present state of American poverty" which I understood through conversation.

In the United States, the welfare budget has been cut and the safety net does not work well. It is the world's wealthiest country and America is a technology-advanced country, but technology can not solve the problem and 40 million people live in poverty.

According to Alston, in Los AngelesSkid RowIn San Francisco there were some people surviving everyday and witnessed the police saying "to move" to homeless without a destination, and in areas where the administration is not in charge of sanitation facilities, sewage He was trapped in the garden. Also, since adult dental care was out of the scope of insurance, people who lost all teeth or those who lived at the foot of the mountain and became sick due to the influence of coal ash or the family died It is said that he met also.

Of course, there are administrations that care for the poor. In addition to the community that has social protection against the poorest 20% in the community, regional doctors volunteer to provide free medical care and dental care etc. to 21 thousand people in Charleston, West Virginia He said that.

Alston says about overall poverty in the United States as follows.

· In many indicators, the United States is one of the richest countries in the world. The defense expenditure is more than combined China, Saudi Arabia, Russia, Britain, India, France, Japan.
· Medical expenses expended per AmericanOECDIt is twice the average. However, the number of doctors per person and the number of beds in the hospital are less than the OECD average.
· Infant mortality rate in 2013 was the highest among developed countries.
· Compared to other democracies, Americans are more likely to send 'short lived and sickly life'.
· The level of inequality in the United States is much higher than that of European countries.
· Tropical diseases including jikka fever have become surprisingly common in the United States. Twelve million Americans' parasitic infections are being ignored, according to a report in 2017, in the Rounge County of AlabamaDuodenal enteropathyIt is suspended.
· In the United States, the prevalence of obesity is the best in the world.
· Access to water and sanitation facilities is 36th in the world.
· The US incarceration rate is about 5 times higher than the OECD average, higher than Russia, Thailand and Turkmenistan.
· The poverty rate of adolescents is about 14% in OECD average, about 25% in the United States.
· The poverty rate in the US is highest compared with Canada, UK, Ireland, Sweden and Norway.
· Approximately 55.7% of the voter population went to vote in the presidential election in 2016. The OECD average voter turnout is 75% and the election vote rate in the United States is ranked 28th in the world. This is one reason why the number of registered voters is lower than that of other countries, and only 64% of the US voter population is registered, which is 99% of Japan and 91% of Canada and the UK Also much lower things.

◆ Who is the poor person? Some politicians and the media are diligent and patriotic, creating images of entrepreneurial "wealthy people" and "poor people" such as wasteers, losers and fraudsters. Therefore, an image of "You can grasp the American dream if you work hard", the idea of ​​"to waste money in welfare is wasteful" is born.

In reality, however, wealthy people do not pay taxes to pay, transfer property to overseas, make goods by speculation etc. without contributing to the American community. In addition, there are stereotypes "Poverty is Hispanic or Immigrant such as African American, Colored Human" stereotype, but actually there are more than 8 million people in poverty who are in poverty than racial and age People suffering from poverty exist without limitation.

And there are some politicians who tell the story that "welfare benefit awardees are fraudsters who are living elegantly without working." Of course, although the possibility that a few abuses of the system exist can not be denied, the welfare benefit awardee Alston met was "people born in a poor environment" and "persons born in a poor environment" and "mental or physical disability, family collapse, employment discrimination People who got into poverty because of things that can not be controlled by themselves "was overwhelmingly large.

Alston said that the American dream is quickly becoming an illusion, as there are rather few people who are unlikely to become poverty due to things beyond their control in the American economy of the 21st century.

◆ Degree of poverty
Despite discussions on the degree of poverty in the United States,United States Census BureauAccording to the contents announced in September 2017, about 1 in 8 people are in poverty. This is 12.7% of the population, indicating that 40 million people are in poverty. And about half of the household income of 18.5 million peoplePoverty lineIt is one-half of the income.

◆ Policy issues
· The collapse of democracy
America is a democracy and theoretically should have a voting right of "one person vote", but in reality "one person vote" has not been realized. First of all, civil rights are stripped when committing a crime, but blacks tend to be the target of criminalization, so they can be said to be overwhelmingly affected. In addition, the voting rights will not be restored until payment of the payment is completed.

In addition, hidden "civil rights deprivation" exists. In order to give preferential treatment to a specific voter, it is necessary to revise the constituency, to change the voting place, to set up a vehicle management office so that a specific group is hard to obtain identity cards, Asking for presentation, various actions deprive the voting rights of the poor.

Alston said from the West Virginia civil servants, "People in poverty are giving up on the electoral system," pointed out the problem of "insensitivity" in the poor. Mr. Alston sees that politicians elite may take action to keep some people in poverty in order to make the policy better for themselves. For the reduction of welfare budget, there is the idea that "people should work rather than rely on welfare", and the background is "There is a problem in society, even if there is a low education level, disability or criminal record, "There is an illusion that" training and assistance is not necessary to obtain a job "exists. Also, although it is thought that such people can earn income without aid even if they can live without problems, Mr. Alston, even if he works full time at a supermarket "Wal-Mart"Food stampI say that I met many people who can not live without them.

The employment rate in the United States has declined over the long term, and it is reported that in the year 2017, among American men from 25 years old to 54 years old, 89% was hired. In addition, this trend is expected to become even larger as a result of the influence of automation.

People in "serious poverty" where household income is a poverty line were 40% of the total in 1999, but increased to 46% in 2015. Alston said that this is due to the fact that the disruption with the safety net is growing along with the declining employment rate.

· Disadvantages of basic social protection
(1) Indigenous people
Extreme poverty is spreading in indigenous communities in the United States. Indigenous people are seeking to be recognized by the federal government as a first step in solving poverty while preserving culture.LakotaPeople's annual income is less than 12,000 dollars (about 1.3 million yen), the infant mortality rate is about three times higher than the overall death rate of the whole country, 9 people committed suicide in 3 months, 1 of whom was 16 years old about. Despite the existence of suicide people, the suicide prevention program that the federal government was doing was stopped.

Also, from indigenous people's point of view, Alston wrote that measures to collect data on poverty of indigenous communities, improve access to healthcare services, and protect from attacks by individuals and companies are urgently needed I will.Navajo tribeHas a 400% interest loan, which means that it has a high proportion of kidney, liver, and pancreatic cancer.

Looking at the positive side,MedicaidExpansion and child health insurance program that 95% of children have medical insurance with or without poverty. AlsoSupplementary nutrition support programSupporting programs like helping poor children.

(3) Adult Dental Care
Medical insurance system reformChildren can now perform dental treatment, while adult dental treatment is not covered by insurance. For this reason, low-income people and those in poverty sometimes avoid dental treatment, and in 2011, a man who was 24 years old at that time has died as tooth infection has reached the brain. 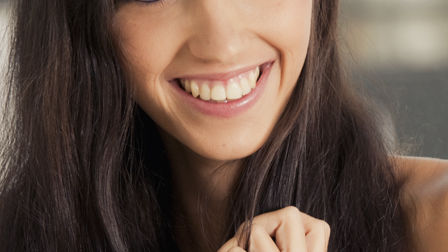 · Criminalizing is done to hide the problem
Indicated in December 2017Ministry of Housing and Urban DevelopmentAccording to the data, the number of homeless in America is 553,742 people. Of which 76,500 are in New York and 55,200 are in Los Angeles. Homeless's homeless 'homeless' homeless hospitality, 'begging', 'urination', etc. are prescribed as crimes, and homeless behavior is punished by crime, so further from access to employment and housing It will be far away. It is said that homeless should be viewed as a painful event created by the community and policy, not as a "person who is performing rude behavior". As a result of poverty, women are statistically shown to bear more burden. This means that poor women are more vulnerable, susceptible to sexual harassment and are more likely to be discriminated against labor markets. In addition, the number of single mothers in extreme poverty status was less than 100,000 in 1995, but increased to 740,000 in 2012. As the welfare service shrinks, that burden has turned to a woman who takes care of the family, but this is one of the least recognized things. Congress is men's dominant, no one noticed the result of reduced welfare expenses.

· Racial discrimination of the poor
When dealing with the poor as "bad things", the values ​​are also internalized to the parties, so resistance is born against seeking the right to be recognized naturally or striving to do something. This appears in a variety of ways, about the racial disparity, Alston seems to have seen a house surrounded by sewage in the Alabama countryside, but the Department of Health has how many such homes are there It seems that there was no plan to investigate rather than not knowing. On the other hand, most of white people live in urban areas and have no connection with such environments. The government sees only the sewage facilities in urban areas, and the country area where black people are the majority is not recognized from the administration.