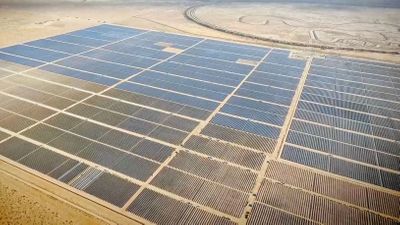 The US and California authorities are expected to enter into a 25-year long-term contract with a newly-built 'massive solar power facility'. The solar power plant can also be powered by batteries when power is not generated, and the price of electricity is reported to be cheaper than that of thermal power.

The new solar power facility is planned to be built by 8 Minute Solar Energy, a major US solar power developer, and is planned for construction in Caen County, California. Its power generation capacity is equivalent to 400 MW per hour, which corresponds to the power consumption of 650,000 units during the daytime, and it is likely to utilize the power stored in the 800 MWh battery during times of night when solar power can not be generated, such as during bad weather. The electricity price is only 1.997 cents per kilowatt hour (about 2.16 yen), and supplies electricity at a price that is even cheaper than any fossil fuel-based power generation. 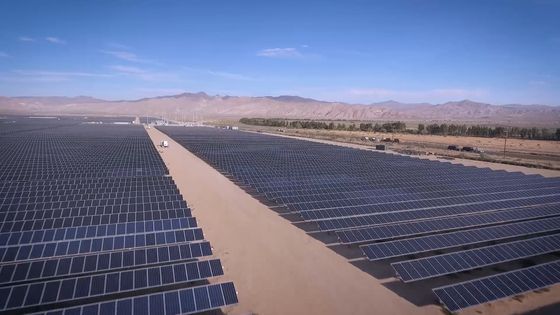 According to Sciencemag, which reports this news, the price of batteries needed for renewable energy continues to fall. The price of lithium-ion batteries has dropped 76% compared to 2012, and it has dropped 35% in the last 18 months, and has become the price of $ 187 (about 20,000 yen) per 1 kWh. Consulting and marketing company Navigant predicts that the decline will continue, saying that 'the battery price will be halved by 2030.'

On the other hand, there are problems with solar power generation. Jane Long, an energy policy expert who worked at the Lawrence Livermore National Laboratory, said, 'The battery power supply lasts only a few hours, and the amount of sunlight decreases during long periods of bad weather and winter. It has the disadvantage of low volume and instability. ' 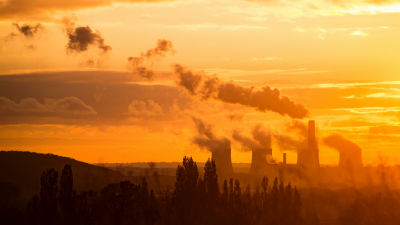 There are power generation facilities that use renewable energy besides solar power. A Scottish wind farm “Walney Extension Offshore Wind Farm” located in the Irish Sea that started operation in September 2018 seems to produce approximately twice the amount of electricity consumed by all houses in Scotland. 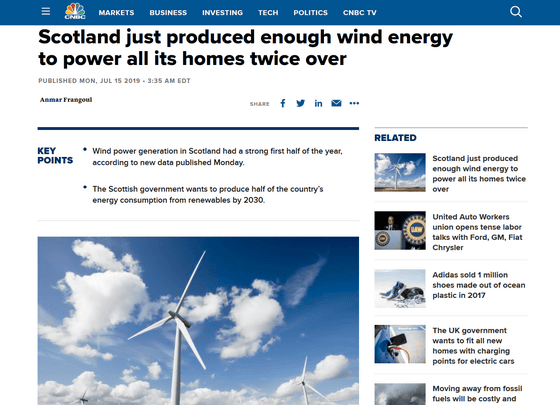 The Scottish government plans to make 50% of the electricity consumed domestically by 2030 renewable, and by 2050 the proportion of renewable energy to be 100%.

In the UK, 'cheese power generation' has started. 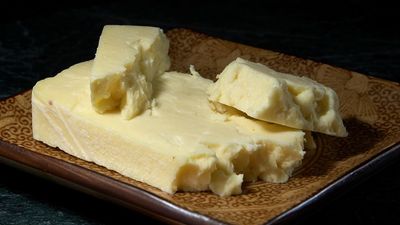