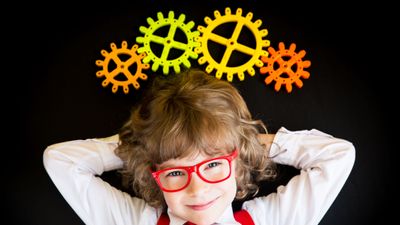 Studying is important, but in most cases it is necessary to take a test to find out the degree of understanding that can be said to be the result. Meanwhile, a collaborative research team of psychologists and engineers at Dartmouth University has developed a machine learning algorithm that measures understanding from brain scan data.

Your Brain Activity Can Be Used to Measure How Well You Understand a Concept Untitled
https://www.dartmouth.edu/press-releases/measuring_concept_knowledge_through_brain_activity.html

In order to find out what is happening in the brain of a person who has a deep understanding of the problem, the research team is a student who is an engineering / physics specialty who belongs to Dartmouth University as a subject. ) And 'engineering and physics are not specialized' students (following, beginners) were gathered a total of 28 people. Advanced students are students who have taken at least one course in mechanical engineering course and one in advanced physics course, and beginners are students who have not taken engineering / physics course since entering the university. The next experiment was to scan brain activity with fMRI while testing for the law of action and reaction. The test is to look at photos of water towers, bridges, lights, etc. and to consider the external force that the object is receiving.

An example of the problem is the image below. The same water tower appears in the two images on the left and right, but the arrows that indicate the external force that the water tower is receiving are different. The arrows drawn on the water tower on the left represent the external forces correctly, but the right side contains a mistake. The subjects were required to find out in a short time whether the picture was 'correct' or 'incorrect'. As a result of conducting the test, the average correct answer rate of the seniors was 75%, and the beginners were 53.6%. As a result of the research, it was found that the seniors unconsciously judge that 'the force is applied obliquely' and 'this is the force only in the vertical direction' when the photograph of the object is shown. Furthermore, it turned out that the parts of the brain activated according to the unconscious judgment result are similar among the advanced users. From the experimental results obtained, the research team seems to have developed a machine learning algorithm that quantifies the 'degree of understanding' according to the activation site of the brain. According to the research team, the higher the 'understood' calculated by the machine learning algorithm, the higher the subject's test score.