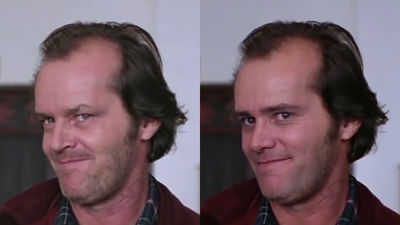 One of the highlights of Stanley Kubrick's 'Shining' movie is a monster performance by actor Jack Nicholson. If other actors are playing, it is likely to be a work with a very different atmosphere, but this is where the image of Jack Nicholson replaced with actor Jim Carrey using deep-fake technology. Jim Carrey is a very different actor from Jack Nicholson, but there is less discomfort when replacing it because it is an expressive actor, as if 'a work that completely remakes Shining with Jim Carrey'. It is a good picture.

What has been published as 'Episode 1-Concentration' is a scene where his wife, Wendy, interferes with the writing of the protagonist Jack Trance's novels, and Jack gets angry.


The same movie clips that appear in this deep fake video are on YouTube and can be compared and watched.

You're Breaking My Concentration! (Full Scene)-YouTube


The image below is the original version (Jack Nicholson) on the top and the deep fake version (Jim Carrey) on the bottom. Jack, who was called to Wendy, stopped his hand. I can hardly understand the difference in the drawing picture. When I smiled before the show, I got a look that raised the ax like Jack Nicholson, which is slightly different from Jim Carrey. 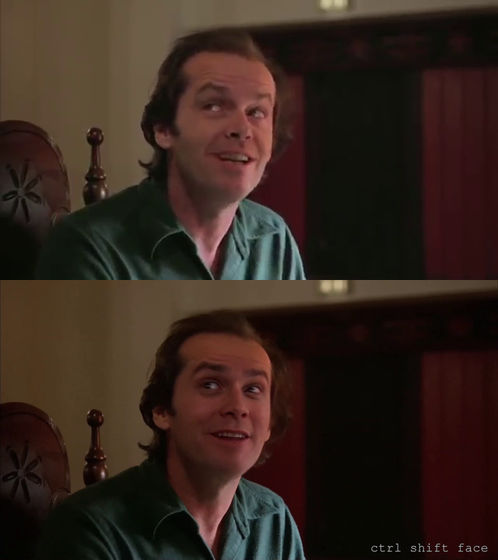 Jack who throws away the manuscript extremely high. 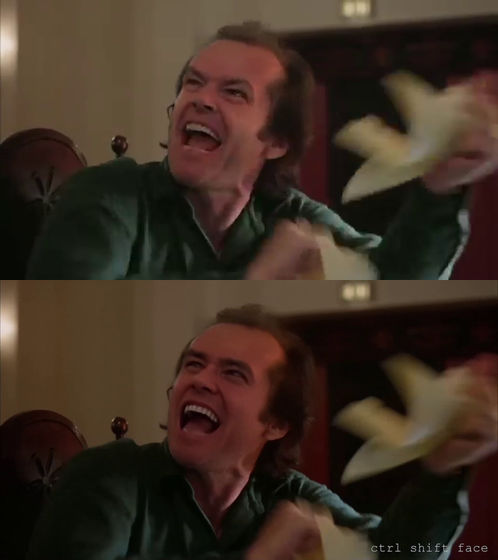 Then we look over Wendy from below. 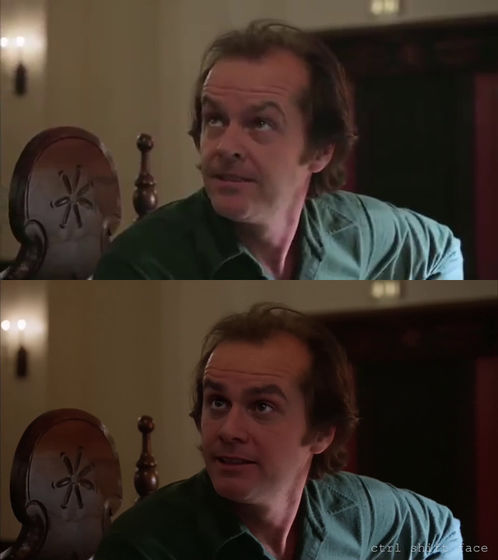 Next is 'Episode 2-The Bat'. It is a scene where Jack approaches Wendy who holds a bat and defends himself.


Jack goes to Wendy. Jack Nicholson and Jim Carrey both have a creepy smile. 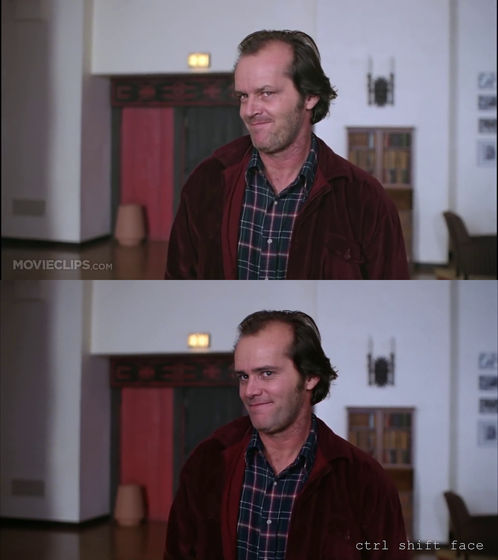 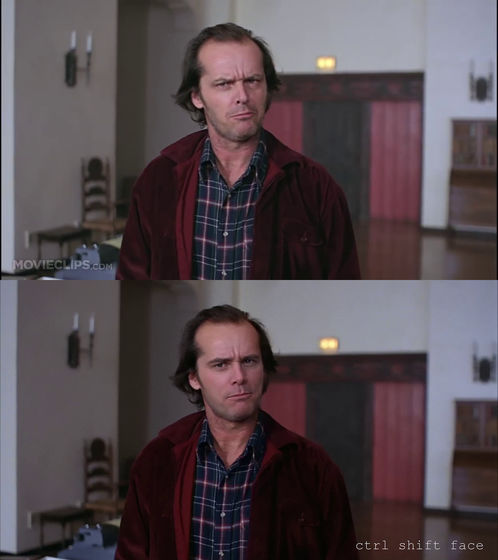 Where anger is at its peak, the impression of Jack Nicholson, who is exposed emotionally, is superior. 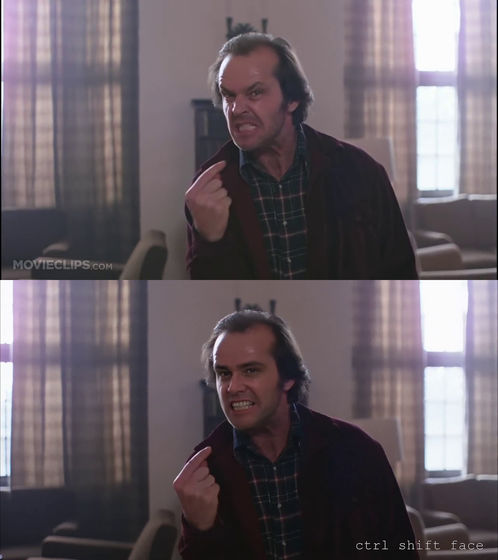 However, sometimes the sense of discomfort is almost zero. 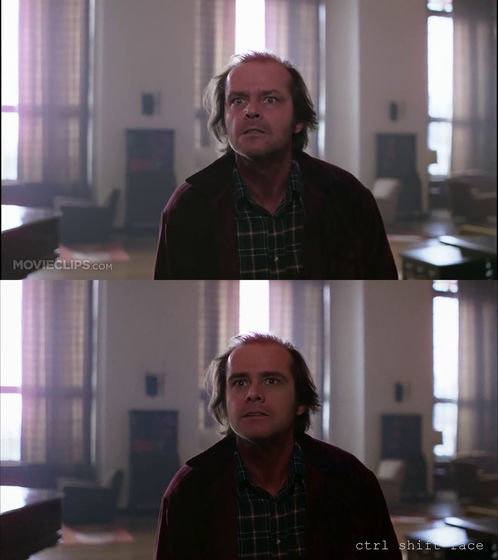 In the use of Deep Fake, a video that tells Facebook's CEO of Zuckerberg 'The Domination of Data' appeared in June 2019 and became a topic. 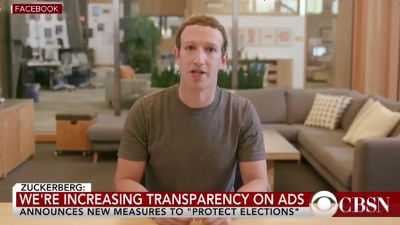 In the case of 'Shining' this time, because there are people who know what Jack Nicholson played, it is understood as 'wow', but if it was a minor work, replacement occurred. There is a good possibility that you will not notice anything.

Note that 'Shining,' where Jack Carroll is not replaced by Jim Carrey, is the subject of Amazon Prime Video, so it is available to Prime members at no additional charge.