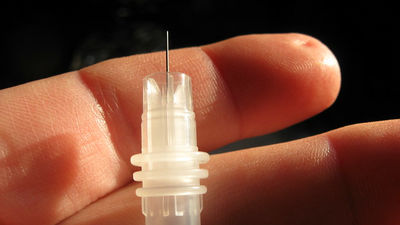 Although the price of insulin used to treat diabetes etc varies depending on the type and dose, according to the Japan Diabetes Association, medical expenses at the time of use are about 10,000 yen to less than 15,000 yen . However, prices are soaring in the United States, and there are also cases where the medical expenses may put pressure on the lives of people who need insulin. It is pointed out that this is due to the movement of pharmaceutical companies that do not allow even the emergence of competition and the regulatory authorities that allow it. According to the Economic Education Foundation, there are three reasons why insulin is expensive in the United States:

◆ 1: Limit on the number of supplies
The first extraction of insulin used to treat diabetes was in 1921. Because of this, the insulin molecule patent itself has already expired. However, pharmaceutical companies are 'locking in' insulin with a 'patent-evergreening' strategy that takes advantage of the patent term being extended by 20 years through drug improvements. The contents of the improvement are 'Adding a coating agent' and 'Changing inactive ingredients', but the patent is still a patent, creating a situation where generic drugs can not be released.

The US Food and Drug Administration (FDA), which is a regulatory authority, may not be in conflict with these pharmaceutical companies, but may be literally 'the same person.' For example, Secretary of the Ministry of Health and Welfare Alex Azher is a former executive of Eli Lilly, one of the leading manufacturers of insulin.

This not only excludes domestic competitors, but also 'stops the import of cheap insulin'. As a matter of fact, the high cost of insulin in the U.S. can be 'set off' even when considering the cost of travel for patients to buy insulin in Europe and Mexico, but overseas manufacturers are selling insulin to patients in the U.S. That you are banned.

To overcome this, Vermont's Peter Welch said to the FDA, 'This 'common sense' bill is to avoid drug monopoly prices by major pharmaceutical companies and deliver safe and cheap insulin to patients.' Submit a bill allowing insulin import from Canada, which is cheap, on a near basis.

The bill says that imports from all countries that meet the same safety standards as the United States will be accepted in two years, but according to the Economic Education Foundation, the FDA's secretary can block imports. Of. If that secretary is a former executive of Eli Lilly, I know how it works.

◆ 2: Elimination of competing products
There are other products that are 'indistinguishable from clinically existing insulin,' and although they have been approved by the authorities in Canada and Europe, the FDA has been reluctant to approve for over a decade. And that.

In addition, by maximizing the entry cost of new manufacturers in the first place, moves are being made to protect vested interests. One example is that any new drug needs to be approved through FDA clinical trials, which averages 12 years and costs $ 2.7 billion (approximately ¥ 290 billion). That's right. 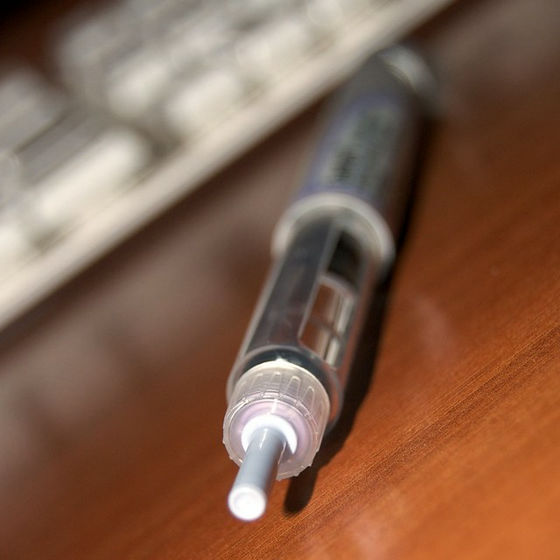 ◆ 3: The list price is unknown
Even patients, even people who prescribe, have only vague understanding of what medicines are available and what the price per unit is really. Pharmaceutical companies are even boasting that 'nobody buys at a fixed price', and the price paid by patients is increasing rapidly, but behind that, pharmaceutical companies reduce the price of distribution processes, and medical services It says that the price itself paid by the parties is reduced and the share of insurance companies and pharmacies involved in the process is increased.

As a result of this process, insulin has quadrupled its price before it reaches the patient. Already, class action lawsuits have been filed in Minnesota, New Jersey, Washington, and New Mexico, and it seems that drug companies, insurance companies, pharmacies, etc. have systematically priced insulin.

We are convinced that the 'Open Insulin Project', which aims to develop patent-free insulin, will be promoted because the current situation is too severe.

'If the drug is expensive, you can make it yourself', 'Bio-hacker group aims to develop patent-free insulin' 'Open insulin project'-GIGAZINE 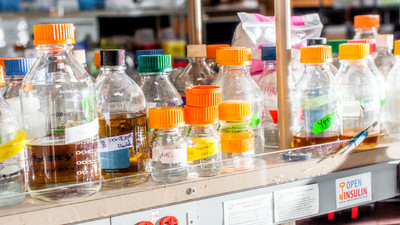