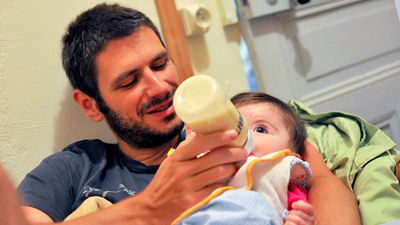 “ Parental leave ” is a legally recognized right for workers to raise children under the age of one. Childcare leave and benefits are important policies in a society where advanced birthrates are facing declining birth rates, and particularly in France, where gender-equal childcare systems are in full, there is a maternity and childcare benefit system that supplements the income loss from parental leave. However, according to the research results of IZA Institute of Labor Economics in Germany, Selena Kanaan is a researcher who is a research institute in Germany that the overly childcare allowance system in France may widen the gender gap and affect the development of children. Reported by Mr.

According to Kanaan, if you take a relatively short parenting leave of about six months, a positive effect has been reported, but what is the effect of receiving long-term leave and benefits over a yearly unit? It has been said that it has not been investigated until now.

According to the survey, men and women qualified to take up to 3 years of parental leave have a significantly different rate of taking parental leave. In the case of women, there are many cases where they are completely absent from work and receive a maximum allowance, and the non-working rate of women eligible for parental leave is about 16 points higher than the non-working rate of non-qualified women. is. On the other hand, unemployment rates for men who were on leave or no work did not change, regardless of their qualifications. However, men who are eligible to take parental leave had an average working time of 2.5 hours a week more than men who did not qualify. Mr. Kanaan argues from this result that when a couple is eligible to take parental leave, men often make up for the reduced income from women's absence from work. He also speculates that men will actively increase their working hours to increase their potential for promotion in order to increase their future income. In other words, long-term parental leave increases the working hours for men and increases the tendency for women to completely stop their work, which further widens the gender gap in the labor market.

In fact, in the following blog that experienced childcare leave and allowance system in France, there is a reality that income and agent are not enough to take care of childcare without taking a job completely, even if the system is sufficient. There was also an opinion that few people took long holidays. However, unlike Japan, where the problem of waiting children is in trouble, it is easy to reinstate from parental leave because children in China are well-placed in France.

Japan-France comparison! ! I'm looking back on what I'm concerned about my childcare and maternity leave in France! | Phranpon
https://franpon.com/lifestyle/1802091

According to Kanaan, there was no evidence that parental leave or benefits could affect divorce or separation. However, it seems that the proportion of getting married in four years decreased when taking unmarried couples and taking parental leave. Mr. Kanaan speculates that this may be due to the fact that the time spent together by the increase in male working time is reduced in addition to the specialization of the family between the couple and the reduction in savings of the couple. 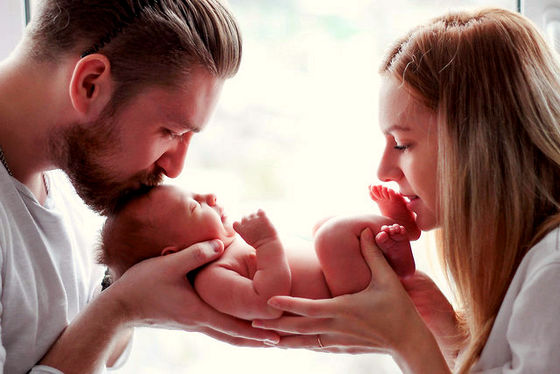 Furthermore, in families taking childcare leave for a long time, the language development of children aged 5 to 6 tended to be delayed, Kanaan said. This is just a correlation, and although a causal relationship has not been proved between the development of the child and the length of parental leave, “the mother who took parental leave takes care of the child clearly, conversely the child 'There is an increasing number of cases in which social interaction is lost,' Kanaan predicts.

The gender equality parental leave system in France is intended to help narrow the gender gap in the labor market, promote family stability and support the well-being of children. However, 'long-term childcare leave' and 'childcare allowances that can not substitute for the original income' may expand gender disparities conversely and may affect the development of children, Mr. Kanaan argues. It was warned that broadening parental leave could in turn increase social inequality.