Tesla produces and sells stylish electric cars, but all are sedan types. CEO Elon Musk has said in 2017 that

it plans to sell pickup trucks, but its progress has not been announced. The inventor and YouTuber's Simone Geelz have teamed up with the task of saying 'I can't wait for the Tesla pickup truck!', And build up the 'TRUCKLA' pickup truck based on the Tesla Model 3 with their hands. It has ended.


TRUCKLA is a normal model 3 at the front, but is an open carrier at the rear. If you use the platform, you can do DIY work such as cutting wood. 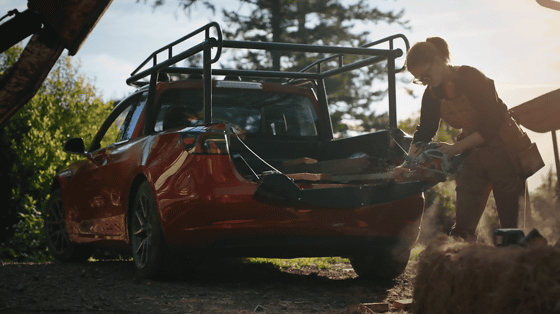 As outlet socket is equipped, too ... Power can also be supplied to power tools. TRUCKLA can not be purchased anywhere in the country. Gielz is famous as an inventor of gadgets that do nothing. If you look at the following movie, you can find out what kind of 'Breakfast preparation machine' and 'Bashing robot' made by Mr. Gielz.


I built a hair washing robot-YouTube


Such a project will be launched to combine the model 3 and the pickup truck. After spending a year on design and planning, Gielz formed a special team with auto repair artist Marcos Ramirez , Tesla repair specialist Richard Benoit , and German DIY inventor Laura Kemp . . The images below are from the special team, Benoit, Kemp, Giertz, Ramirez, from left to right. 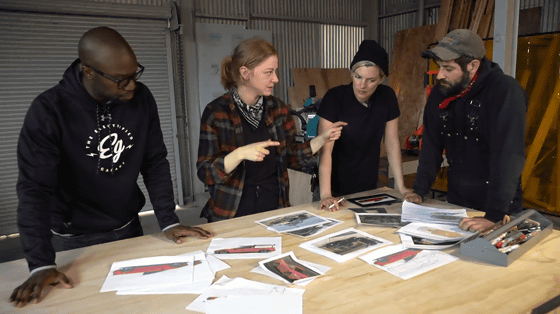 Mr. Benoit once restored the Tesla Model S, which had been flooded and scrapped, on his own. The movie below shows how the model 3 has been remodeled into 'TRUCKLA'.

I TURNED MY TESLA INTO A PICKUP TRUCK-YouTube


At first we start from place breaking up Tesla model 3. At first we carry out all the removable parts of the rear seat side. Many roll bars were attached. 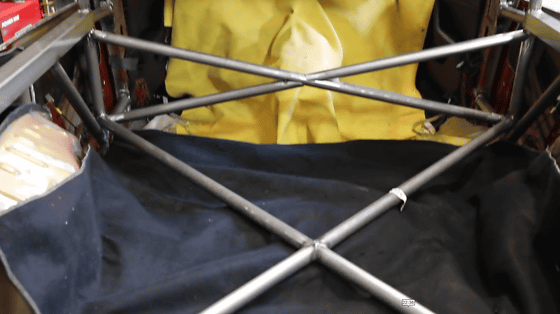 torii area in the rear of the driver's seat is fitted with the one from GMC Canyon . Mr. Geelz welcomes TRUCKLA, which has been completely remodeled and transported, with both hands. 'I like the electric car and I also like the pickup truck. This TRUCKLA is a car that I want, and it is a dream car.'