Google Calendar screams all over the world due to system failure 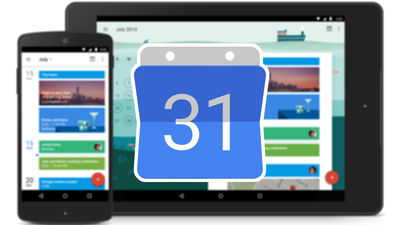 With ' Google Calendar ' provided by Google , a system failure occurs from around 23:00 on June 18, 2019 to around 2 on 19: 2019. The system went down worldwide, and even if it accessed, a 404 error would be returned. At the time of article creation, Google Calendar has already been restored. [Update: Back to work!] Google Calendar is down, so forget about your next meeting and go to the beach instead
https://www.androidpolice.com/2019/06/18/google-calendar-is-down-so-forget-about-your-next-meeting-and-go-to-the-beach-instead/

Google Calendar is down, it's not just you — Update: It's back | TechCrunch
https://techcrunch.com/20019/06/18/google-calendar-is-down-its-not-just-you/

When I accessed calendar.google.com at around 23:22 on June 18, 2019, I received a 404 error. Although the Google Calendar app works at the local level, the ability to sync added events online has been completely stopped.

# googlecalendardown the world is coming to an end. NOOOOOOO! pic.twitter.com/jQCSSVuyPf

At 23:39 on the same day, G Suite's official Twitter account announced that the Google Calendar system was down.

The system down was affected in multiple regions around the world, and Japanese users also reported that 'the Google calendar can not be synchronized'.

I think that the calendar will not synchronize if I try to adjust the schedule of tomorrow,

I think the problem of my terminal,
I tried on a variety of terminals such as smartphones and tablets are not synchronized, what is this? If I open my PC and think # Google Calendar
It was 404 or 503 ...

I am not panicking.
I am calm.
It is over.
Goodbye. #Googlecalendar #googlecalendardown pic.twitter.com/RKaTmT26zZ

'Because Google Calendar is down, we will be late for today's meeting'

'Can I get bonus points if I can join a meeting without the help of Google Calendar?'

So do we get bonus points if we show up to meetings without the help of Google Calendar? # 404meetingnotfound

'As part of Google's' Don't Be Evil 'code of conduct, Google has deleted the Google Calendar. You no longer need to attend meetings.'

As part of Google's 'Don't Be Evil' strategy they've deleted Google Calendar, you no longer have to attend meetings. Pic.twitter.com/AkvsX1qYSb

The G Suite Status Dashboard will notify you at 1:40 on June 19, 2019 that 'the issue affecting most users of Google Calendar will be resolved on 20/19/19 2:40' On the same day, it was announced at 2:13 on the same day that 'The problem with Google Calendar has been resolved'. At the time of writing, Google has not clarified the specific cause of this system down.