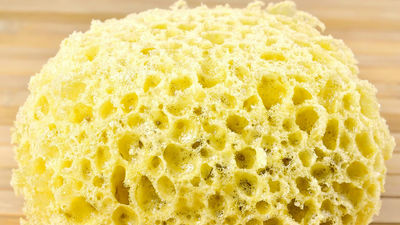 A joint research group led by Japanese pharmaceutical maker Eisai and Professor Yoshito Kishi of Harvard University has succeeded in the total synthesis of the substance E7130 , a substance with anticancer activity. The E7130 is based on natural products found in sponges , and as a result of non-clinical studies, the research team has reported that its anticancer activity has been confirmed. A compound derived from the total synthesis of halichondrin, created through joint research with Eisai and Harvard University, results of the synthesis and non-clinical test results of a novel anticancer drug E7130 published in Scientific Reports | News Release: 2019 | Eisai Co., Ltd.
https://www.eisai.co.jp/news/2019/news201943.html

E7130 is based on a substance called ' Harichondrin B ', which was isolated from black seaweed in 1986 by Professor Yoshimasa Hirata and Professor Daisuke Uemura of Nagoya University. Halichondrin B, which acts to inhibit microtubule expansion / contraction (dynamics), which plays an important role in cell division, has been described by Professors Hirata and Uemura as “a very potent anticancer activity against mouse cancer cells. It was reported that it would be a key to the development of new anticancer drugs.

Nevertheless, research on halichondrin B is conducted around the world, and

eribulin , used mainly for the treatment of advanced breast cancer and soft tissue tumors , was developed by Eisai based on halicon drill B, and in 2010 it will be an American food Approved by the Drug Administration (FDA).

This time, the research group by Eisai and Professor Kishi and others strictly controlled 31 kinds of asymmetric carbons and succeeded in total synthesis of 10 g or more of E7130 with 99.8% purity under a thorough quality control system. . This means that E7130 can be supplied relatively stably without extracting halichondrin B from black seaweed. E7130 is an anti-microtubule dynamics inhibitory action derived from halichondrin B, an action to increase vascular endothelial cells in tumors in non-clinical tests for living bodies, and cancer-related fibers promoting proliferation and invasion of cancer cells It has been confirmed that it has an action to suppress blast cells . 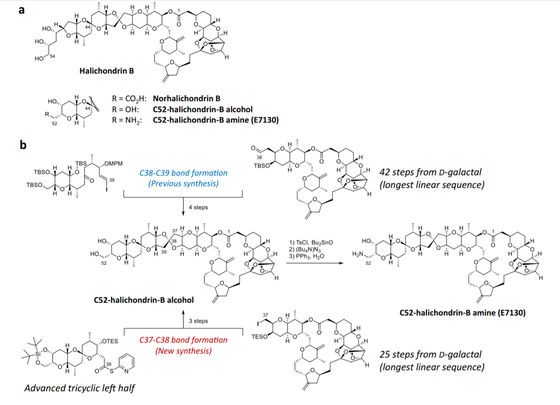 'In 1992, Gram-scale synthesis of halichondrin was not considered at all, but three years ago we were able to propose to Eisai a new synthesis method of E7130. The synthesis has evolved to allow the synthesis of complex molecules that were not possible a few years ago, and I'm very happy that the new synthesis made it possible to synthesize E7130 in large quantities. I think. '

According to Eisai's release, at the time of writing, the research team is conducting Phase I clinical trials for E7130. For natural product-derived drug discovery, “whether large-scale synthesis is possible” is a major issue, but success in the total synthesis of E7130 has made great strides in the development of new anticancer drugs, but it will also be used in future research. I can expect.