Antibiotics , like penicillin found in blue mold, are 'substances created by microorganisms and inhibiting the growth of other microorganisms.' However, it has recently been reported that superbugs (resistant bacteria) have appeared due to antibiotic abuse, and it is feared that 'antibiotics that have saved many lives will be invalidated'. Meanwhile, McMaster University 's research team reports that a new type of antibiotic has been discovered.

Antibiotics discovered that kill bacteria in a new way
https://phys.org/news/2020-02-antibiotics-bacteria.html glycopeptide `` colbomycin '' discovered from soil bacteria by Elizabeth Calp, who studies biochemistry and biomedical science at McMaster University, and the known glycopeptide `` compressatin '' are completely new, which do not belong to the above three types Turned out to be an antibiotic. According to Calp, colbomycin and complestatin have the exact opposite effect of penicillin, 'binding to peptidoglycan prevents cell wall destruction.'

In order for bacteria to grow, they need to undergo repeated cell wall degradation and remodeling to grow and undergo cell division. However, the mechanism by which colbomycin and complestatin bind to peptidoglycan inhibits the action of enzymes that degrade cell walls, making bacterial cell division impossible. 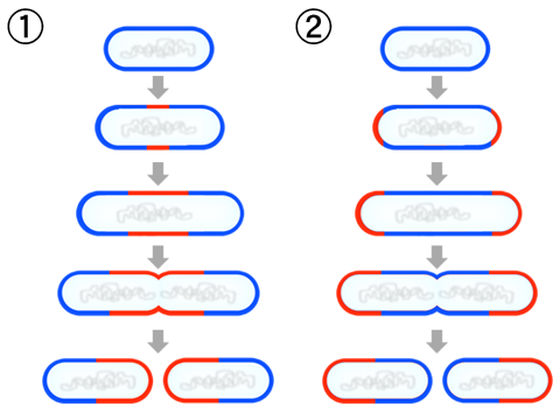 'In order for cells to grow, they must grow and divide. By completely blocking the breakdown of the cell wall, the bacteria are trapped in prison and the bacteria grow much more It can't be, 'said Calp.

He also reported that he had discovered colbomycin and complestatin by 'predicting a group of glycopeptides as new antibiotics from the genome sequence of bacteria.' 'This approach can be applied to other antibiotics and helps to discover new antibiotics with different mechanisms of action. In this study, we discovered entirely new antibiotics, but as with colvomycin, We expect to find antibiotics that work, 'said Calp.