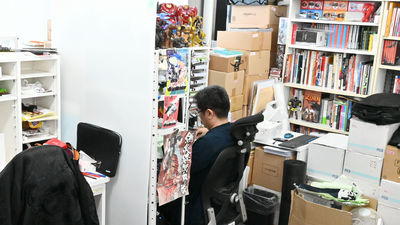 Including the movie ' Promare ', which has been on the market from May 24th, 2019, ' Kill la Kill ' and ' Space Patrol Luluco ' directed by Hiroyuki Imaishi, ' Little Witch Academia ' directed by Yoshinari Yo, and special effects drama ' Light The animation production company TRIGGER (Trigger) was born in 2011, and has produced works such as “ SSSS.GRIDMAN ” directed by Tetsu Amamiya based on Superman Gridman . I went to see how the work of high heat was created in that chatter, the appearance of the rush check by Imaishi et al., And the desk of the main staff involved in 'Promare'.

◆ Entrance
At the entrance, posters, trophies and goods of works you have worked on in the past are lined up. On the right side of this passage is an exhibition of Leiden Film , a subsidiary of ' Ultra Super Pictures ' which is the same as TRIGGER. In the center, Gridman of '

SSSS. GRIDMAN ' stood in front of the visual of ' Kill la Kill', and two kinds of 'Promare' posters were displayed before that. The post of the dubious Over Justice director says, 'If you post it, you will receive the postmark of Luluko and it will arrive.' The showcase on the left exhibits goods centered on SSSS.GRIDMAN. The showcase on the right is centered on three-dimensional objects. There was a fan-made one-piece scissors on the case. 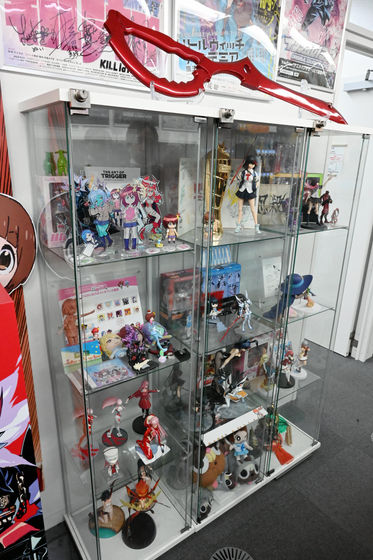 Rush check is a process of checking movie data for each cut, and retakes are issued for parts that require further adjustment. The staff members play back the data for a few seconds at the longest and give 'OK,' 'OK,' or 'It is better to do something like this.' Playback itself is performed by the player, but when I put a hand, I started

TVPaint Animation, and Imaishi himself performed drawing on the LCD tablet. ◆ Visit to desk
Then, I was asked to see how the directors actually work at such desks. On the left side of this is Mr. Koyama's desk, who is sitting and working is Director Nowaishi. I feel like this around the desk of Director Ishikawa. I work while being watched by monsters and robots. It looks like there are a lot of things, but the desk itself has a fairly large work space, and it does not mean that it is 'scattered'. At the time of coverage, the work is still in the process of finishing, and Imaishi was working on work one after another. Koyama Shigeto is sitting next to Ishikawa's left now. In contrast to the director Imaishi, it is characterized by the fact that there is no figure of any kind. There is a lot of space on the shelf on the left hand side, but

instant noodles have been placed there. Animator, Mr. Shishio is working back to back with Director Ishikawa. The number of cut bags made is great ... On the left hand side were ' Director Hiroyuki Imaishi teamed up with Kazuki Nakajima to send out the tag, and the battle entertainment movie 'Promare' of 'World Great Flames Up' is open from May 24th, 2019 (Fri). Please enjoy yourself at the theater.

conducted an interview once in February 2019, when I was still working on the works for director Imaishi and Mr. Nakajima, but after completion, I had the opportunity to hear about the story anew, so I had a chance to ask what I could only ask after completion I tried. 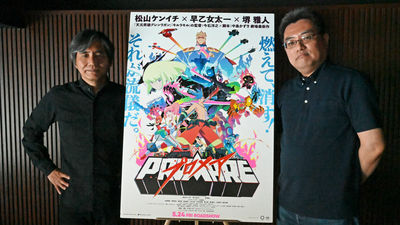