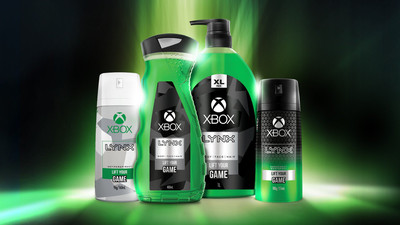 It is reported that Microsoft, which develops the Xbox brand such as the home video game console ' Xbox One ', is collaborating with Unilever 's men's cosmetic brand Lynx to release the Lynx Xbox male cosmetic series bearing the Xbox name. According to Gamespot, an overseas game-based media, there are three types of body spray, deodorant and shower gel to be released. Aroma has been formulated as the original Lynx Xbox, Top notes are kaffir lime scent of citrus, such as middle note is the scent of herbs that mint and sage, last note is patchouli are adjusted so that the smell of and trees And. In a statement, Tania Chi, head of the Xbox business in Australia and New Zealand, said, 'Before going out in the morning, take a bath with the Xbox Lynx body spray or wash your body with a shower gel. You can turn on the power, 'he said. The Xbox Lynx will be sold at pharmacies and grocery stores in Australia and New Zealand from July 2019. However, it is undecided whether it will be released in other areas.