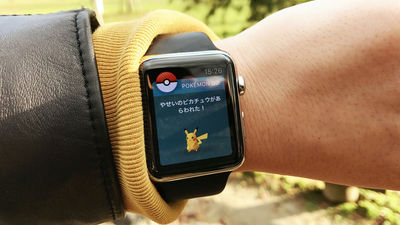 The Augmented Reality (AR) game Pokemon GO , which appeared in 2016, has announced support for the Apple Watch in the iPhone launch event shortly after its debut. Since that time , it has been possible to play the Pokemon GO on the Apple Watch for about three years , but it was revealed that the support will end on July 1, 2019. Pokémon GO's Apple Watch support will end after July 1, 2019. It is clearly stated that the Pokemon GO can not be accessed from the Apple Watch, because the optional function “ Anytime you can record the distance traveled without significantly affecting the battery of the terminal even when the Pokemon GO app is not open. You are in adventure mode .

Niantic, the originator of Pokemon GO, is a feature designed to always record travel distance with one terminal instead of recording travel distance with multiple terminals such as iPhone and Apple Watch at any time. , End of support for the Apple Watch. Even after the support has ended, you can always record the movement distance by synchronizing the fitness app of the iPhone and the Pokemon GO in the adventure mode.

Please read the following article to see what the previous Pokemon GO app could do with Apple Watch. 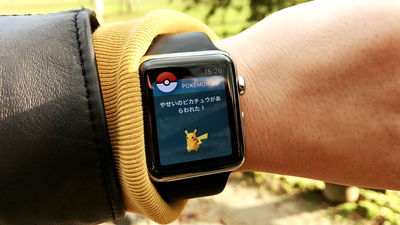 As for the reason why Pokemon GO will end support for Apple Watch, Apple related media AppleInsider 'This decision was made ahead of the expectation that Apple will soon announce both watchOS 6 and the Apple Watch exclusive App Store. 'It was right after Pokemon, Inc. announced its Pokemon GO Plus Plus , which tracks sleep using its own hardware instead of the Apple Watch.'