'Rambo 5: The Last Blood' trailer released with Rambo spending a restful life in a fierce battle with the drug cartel 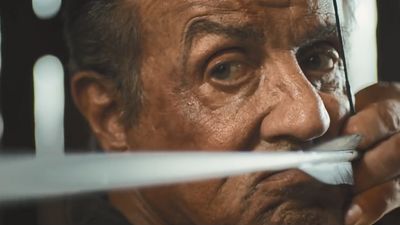 Rambo ', the first of which was released in 1982, is a very popular action series, with John Rambo (Actor: Sylvester Stallone ), a returning soldier from the Vietnam War, playing a major role and fighting various enemies around the world. Eleven years after the release of ' Rambo / The Last Battlefield ' in 2008, the fifth Rambo series ' Rambo 5: Last Blood ' will be released, and the latest trailer will be released on YouTube You are

Rambo monologues that say 'I have lived in the world of death for a long time' flow, and I can see the figure of Rambo sitting on a rocking chair loosely.

'I saw my loved one die,' Rambo says.

-traumatic stress disorder (PTSD) due to many battles ...

I am going to spend peaceful days on a ranch in Arizona, USA.

Wash your face, look at the mirror You can feel the old face of Rambo.

It is a rambo that has kept hiding her past for many years ...

Rambo throws himself into the fight again because his friend's daughter was abducted by a drug cartel in Mexico.

I have been hit by a bag.

A desolate land of dusty sand is Rambo's battlefield.

Rambo which strengthens the weapon.

The drawing of a bow and eyebrow reminds me that Rambo has not forgotten the fight yet.

To the men who came into the tunnel ...

Rambo who continuously fires a gun without mercy. The action scene is full of eyes.

An armed group who rushes into a house that seems to have Rambo.

A device works on the movement of the intruder ...

It seems that even with this bullet bullet battle and guerrilla warfare by the wolf, it is packed with heel.

A large explosion that crosses the earth.

Is Rambo really able to win?

The release date of 'Rambo 5: Last Blood' is September 20, 2019 (Friday), and the release date in Japan has not been determined at the time of writing.