Kaze Emanuar who is working on the remodel of the action game ' Super Mario 64 ' for NINTENDO 64, which is still popular around the world for over 20 years, has released ' Super Mario Odyssey ' released on Nintendo Switch Super Mario 64 We have a grand plan to reproduce it above. At the time of writing, Kaze Emanuar has already succeeded in reproducing two stages, and the appearance is shown in the movie.

In the movie below, you can see how the waterfall country 'Dynaphor', the stage of Super Mario Odyssey, is reproduced on Super Mario 64. The action added in the Super Mario Odyssey is also reproduced, such as 'Toss a cappy, jumps to a springboard and jumps'. It seems that it is also possible to throw a cappy and capture a one-on. Compete on the mountain. In Super Mario 64 it was necessary to make full use of techniques such as triple jump, but in Super Mario Odyssey, the cappy hat action was able to advance the competition in an advantageous manner. Stunningly win over Noko Noko and get Power Moon. The winning SE and poses were Super Mario 64's. Also, the movie below reproduces the sand country 'Atchigna' on Super Mario 64.


The city of Atchinha is reproduced. The fitness gauge that appears when Mario is damaged is Super Mario 64's. By capturing the Cribeau and overlapping several animals, a scene that could match up with the Girl Cribeau was also reproduced. Sphin quiz appeared, also in the scene to question the mystery over Mario. When Mario dives into the open hole in the desert ... 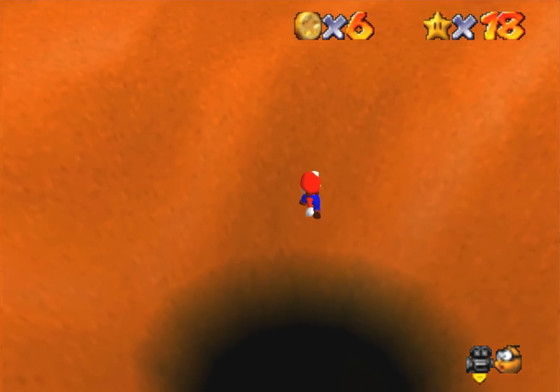 I have arrived at the temple of the god Athina who is the stage boss.